Birds of Prey #15
I still remember picking up the first issue of this volume! That was when the whole Brightest Day thing happened, although now that I think of it Brightest Day was really swept under the rug because of this whole 52 thing! Well this series was just great! When Gail was writing this I must've rated every issue with a 4.5 or higher! Sad to see it go and it's even sadder to see it go into the hands of someone other than Gail. GAIL WHERE ARE YOU?!?!?!?! So this is the conclusion of BOP! Manhunter, Huntress, and Dinah come to Zinda and Phantom Lady's rescue! That nazi guy is being resurrected by his reich. We find out that when he died years ago his psyche split up into 3 and each went separately went into the original Black Canary, Phantom Lady, and Zinda. The other birds arrive to help and they stop him because he can't get the final piece of his mind back because the original black canary is dead! He over loads on power and explodes! The issue ends with the ladies celebrating a job well done!

Art: I kinda feel both ways on this art. Tucci's art is pretty but I feel like these women need more than to just look like pin up models. Like they're strong female women and should be in strong art. Having said that Tucci's art is still not bad to look at though. The cover was good although I think the characters on it should've had more to do with the issue.

The BAD!
It still upsets me that Gail didn't finish up what she started. Andreyko is good but Gail IS THIS SERIES! I thought Kate Spencer was gonna have a lot to do with this issue but she really didn't matter to these two issues at all! The story itself kinda fell flat especially the flash back scenes. This issue doesn't feel like a good pathway to where these ladies will be in the new universe. I had this same kind of issue with the Batman and Robin conclusion and it's like this gives us no lee way to where the new series is going.

The VERDICT!
This issue was straight in the middle for me. It wasn't bad but it wasn't good. It was an easy read and a quick read at the same time. I say mooch off a friend and borrow it. 3 out of 5!

I'd have liked to see Gail Simone take BoP to the end also. She made me love these characters. I only hope the new team will be one I can care about.

Other reviews for Birds of Prey #15 - War and Remembrance, Part Two

Synopsis: Can the Birds of Prey rescue Lady Blackhawk and Phantom Lady from Nazis? What's Good? While this was not the finale I was expecting, the final issue of Birds of Prey does have its moments. One note to take about this story arc is the time. Phantom Lady makes me wonder about the superheroes that first started out like Justice Society of America. How will they come up in the new DC? DC haven't given much of a explanation when it comes to those characters. I mean, Phantom Lady is one of t... 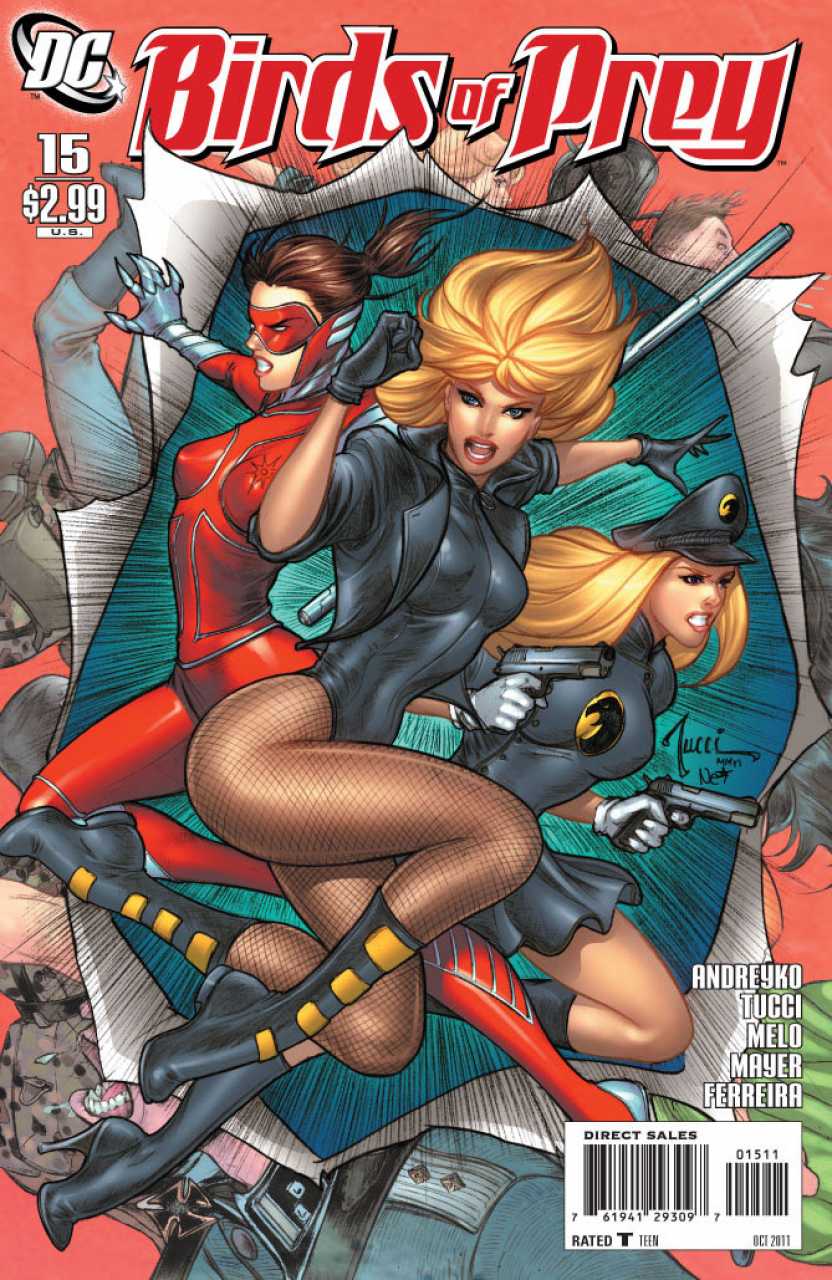