liberty's Beware the Creeper #3 - The Isle Of Fear review

Who looks out for the little guy?

The 3rd issue in the Creeper saga continues with the mystery of Proteus and shows how far his power reaches. Proteus (the mysterious arch-villain of the Creeper) has many operations and henchman that work for him. In this series we see that Proteus is a major villain who uses other villains like the Supreme One and Yogi Bizmark as well as major crime bosses to run everything from gambling to ruling a small island. the Creeper just cannot get a handle on him and this villain is a major force to be reckoned with.

What I like most about this book is the back story. We find out that these hoods not only control the island but also execute the natives as they see fit. These people are just a brief point in the story and that is my biggest disappointment. There is a scene where some men from the village are used as pack mules to carry everything back to the hideout. The men and their loved ones know this is a one way trip as all the men who have gone on this trip get executed after the task. It was a big disappointment that nothing was done with this back story. It is used to establish that the bad guys are bad and nothing more. A door to a great and heartfelt story was opened but never fulfilled.

I still recommend this book as it builds up Proteus and it does have some other really enjoyable elements but it was not as good as some of the other books in the series. This book is still fun and should be read by anyone who is tired of the forced, traditional superhero stereotypes of this era. I give it 6 out of 10 stars

Other reviews for Beware the Creeper #3 - The Isle Of Fear 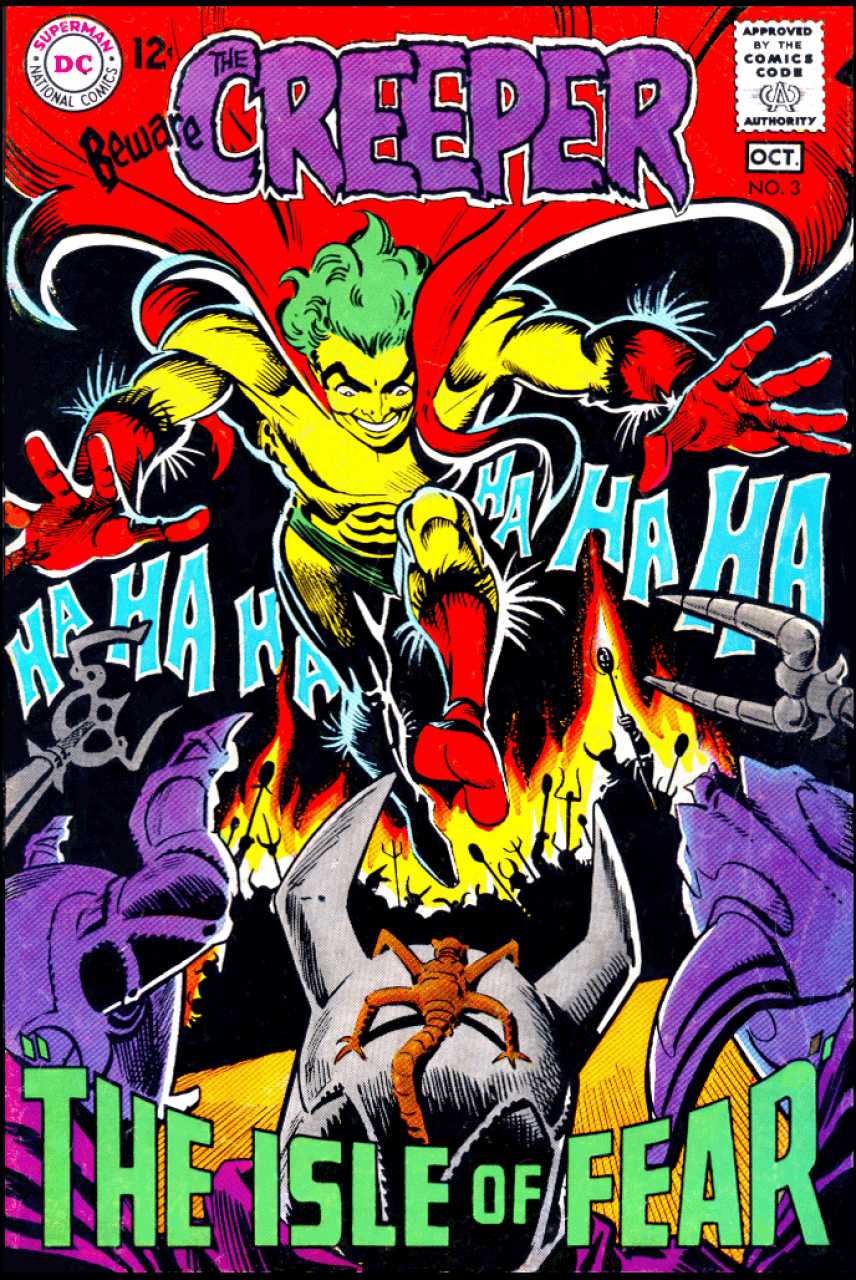