liberty's Beware the Creeper #2 - The Many Faces Of Proteus! review

Creeper versus Proteus...Add a Little Fuel to your Fire!

The Creeper faces his arch Nemesis Proteus for the first time in this issue. Proteus is a shapeshifter and as such is an awesome villain who tests Jack Ryder's (The Creeper) skills as a gum shoe. This mystery adds a lot of twists and turns that makes Proteus a great villain. I would liken Proteus to the more modern version of Clayface in that he can change into anyone he wants. This means that Creeper's strength doesn't matter as much as Mr. Ryder's mind and he has to use all of the sleuth skills he has to even find out who he is.

My favorite part of the book is when Mr. Ryder discovers Vera Sweet the WHAM TV weather girl is really Proteus and he punches her right in the face before he is certain. (See the top image) Proteus really messes with Mr. Ryders mind all the way through this book and even uses a golf bag flamethrower to attack him. By the end of the book Mr. Ryder is a mess. He has been framed for murder as the Creeper. Every time he talks to someone and seems to be getting closer to who Proteus is Proteus simply kills the squealer before Creeper can get answers. Lastly, Proteus is seemingly everyone that is close to Mr. Ryder giving him no one he can turn too.

The negative I would give the story is I would have liked to have seen it effect Mr. Ryder's mind more than it seemed to have done. Mr. Ryder goes through it as a mystery rather than the likely paranoia it would give a normal person to be in this situation. Also, at this time there are no character that Mr. Ryder is close to as a friend, family or love interest. It is only his third appearance in comics. There are no characters that Proteus could use to really mess with him. Instead he impersonates his coworkers. These are people I don't even think he likes so there is something lost in the punch of having a shapeshifter villain.

I enjoyed this book and gave it seven out of ten stars. The dialog, the mystery the thrill of reading the original Creeper stories and the first issue of the Creeper's arch Nemesis makes this a must read for the true comic fan.

In liberty We Trust

Other reviews for Beware the Creeper #2 - The Many Faces Of Proteus! 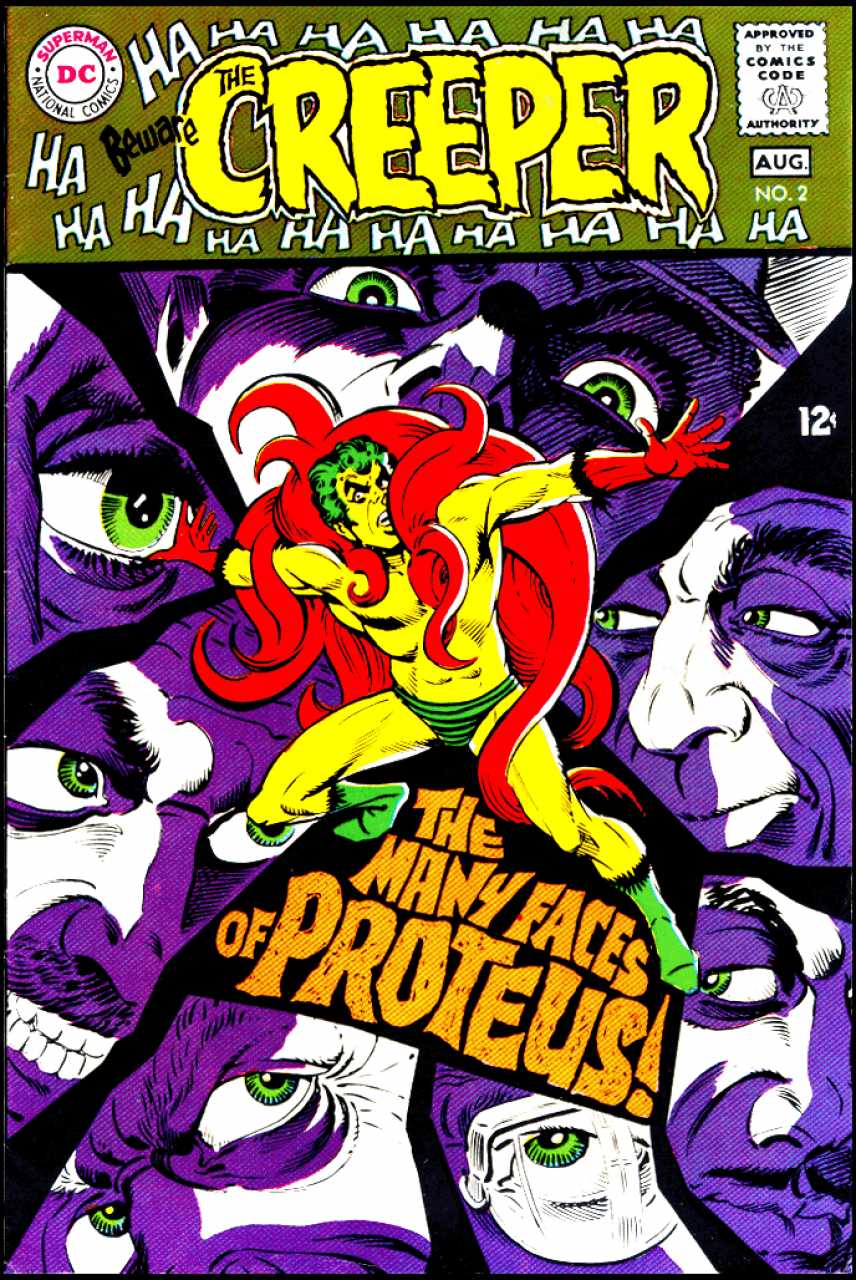