Balderdash Of the Haberdashery Variety

Right off the bat, the cover establishes that, like the Scarecrow arc, Gregg Hurwitz is making this more of a horror Batman series. The cover is deliciously creepy, with The Mad Hatter's eyes peeking right at you from the tiniest sliver of his visible face; and the balance with Batman coming out of the top of the hat is pretty great as well.

Gregg Hurwitz was a HUGE improvement over the writing of David Finch, but in the long run, the Scarecrow arc was pretty shaky, and this new Mad Hatter arc is not of to a great start. On thing I can say that continues from the previous arc is that, likely under Hurwitz's guidance, is the brilliant integration of the issue titles into the artwork. Overall the issue looks pretty good, but the fight scenes have REALLY confusing layouts, and Sciver just has a weird time drawing Batman. The cape has freaking VEINS, and the batarangs fly straight instead of spinning. There's also a frequent use of crowded zoom shots and nonexistent backgrounds.

Batman's interference with the attempted kidnapping at the beginning of the issue is a bit of a mess, like a small scale version of the awkward opening of the previous issue. Batman's plane crashes, so he leaps out after the kidnappers, and a page later is desperately leaping BACK INTO the busted ship so he can..... drive after them. And then he blows out a wall of the van, dives in, and.... saves... one... person. A cute blonde, obviously. This Batman feels so useless compared to the one in the main series. This one also doesn't mesh at all with the main series; Alfred's presence suggest this takes place BEFORE the Death of the Family arc that is almost over, although who knows since we don't know Alfred's fate but it'll be weird if he dies at the end of the arc in just two weeks, yet is present this entire arc. On top of that we've got The Penguin here who should be allied with The Joker, but overall we don't know his fate either, but we know the new Emperor Penguin is having his big coup for the next Detective Comics arc, so that doesn't work either.

And speaking of The Penguin, his appearance in this issue is simply a result of some truly terrible detective work. Batman bursts into Penguin's office and accuses him of orchestrating the seemingly random kidnappings because 'he's the only one who has the resources to kidnap people across Gotham. BULL. CRAP. And so Penguin's response is basically "Well, I'm not the only one who likes hats." WHAT THE HELL. I KNOW he's saying Mad Hatter, especially since we already know it's him based on the cover, but what does that have to do with Batman's accusations?

And THEN there's also this argument Bruce has with Natalia that leads nowhere and of course doesn't really work with the rest of the Batman titles, he hasn't had a love interest this consistent in the rest, and her prominence here comes across a bit forced, as does the entire conversation. The piano layouts are nice, but the dialogue is so wooden, and the accusation is WAY too vague. If Natalia really might know, Batman should be FAR more concerned than he really is. If she doesn't know, like Bruce believes, then what the hell IS it that she thinks? She never says it outright, presumably a way to make the readers think she might really know, but this possibility is essentially nullified by Batman completely writing it off.

But in the end I had my big epiphany. I can see where Gregg Hurwitz's talents lie. Hurwitz excels in writing villains, especially the truly dark and twisted ones. Mad Hatter's appearance here demonstrates a good understanding of the character, while still reaching into levels of insanity far greater than usual, and he's always been one of the crazier Arkham inmates.

The issue LOOKS nice, and Mad Hatter is brilliantly well written, but Batman's really badly portrayed from all angles, and just doesn't synch with anything else going on in the Batman Family segment. It's a shame because I can really see Hurwitz's talent in insanity shining through, but he's really slipping in his portrayal of Batman and overall pacing.

Other reviews for Batman: The Dark Knight #16 - Touch of Crazy

Touch of CrazyTo see this review with images, Click Here.I've been a harsh on Gregg Hurwitz recently, the writer of The Dark Knight. He just concluded his previous arch on the Scarecrow, and though it wasn't awful, it also wasn't good. Apparently, many others share my dislike for the series since not one of twenty people thought he was the best current Batman writer on the BatWatch poll. Still, he has a chance to redeem himself now with his current arch. However, its going to be an uphill battle...

***SPOILER-FREE REVIEW***This issue of Batman: The Dark Knight, while technically sound and not having many noticeable flaws, also lacks anything that makes it stand out of the pack. To make use of the vernacular, this issue is the very definition of "meh."I had high hopes for Gregg Hurwitz when he jumped aboard this series. I really enjoyed his Penguin: Pain and Prejudice mini-series, and his Scarecrow arc started off well, until it dragged on for far too long. Hopefully, he won't make the same... 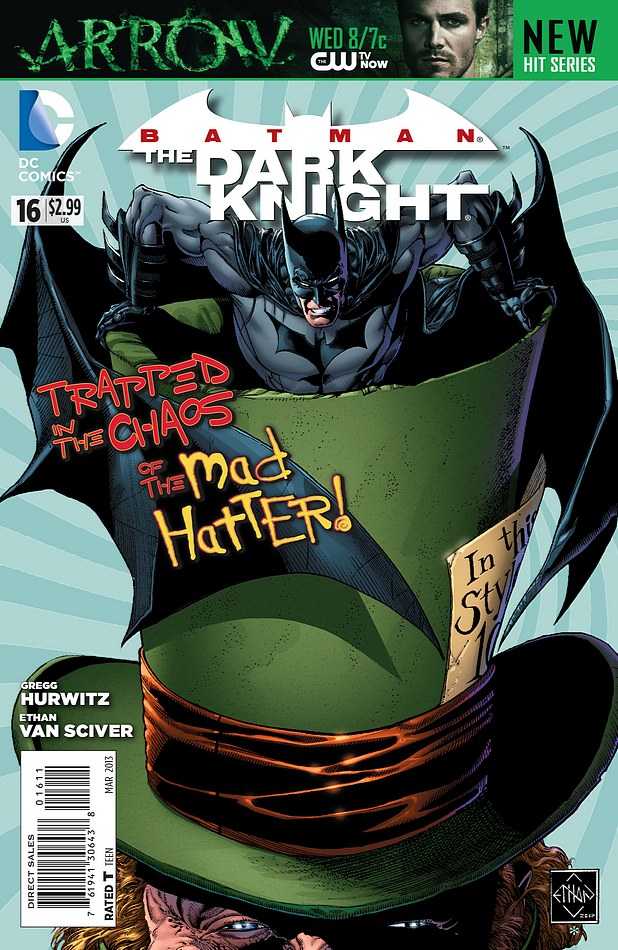 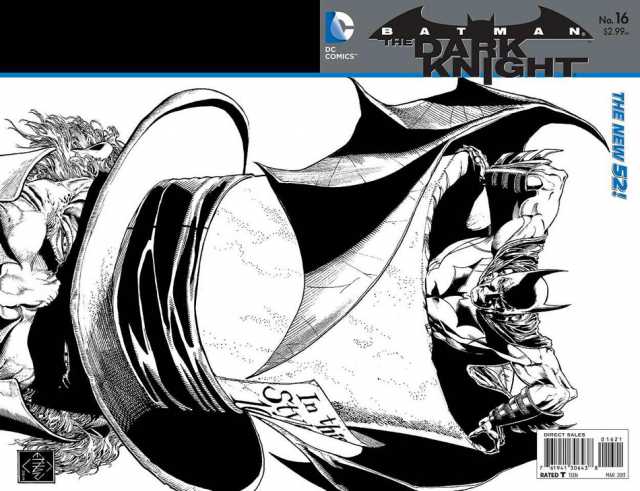