This series has overall been disappointing, and although this story's been better than the rest it's been far from perfect, and I was actually considering dropping the series, for the second time, if it wasn't for this decent ending, and the next story featuring Mad Hatter (one of my favourite Batman villains).

This issue sees Batman trying to save Gotham City, which has been affected by Scarecrow's Fear Toxin. He realises the only way to make an antidote in time is to syphon it from his own blood (as he's built up an immunity, hence storing a cure).

I was pleasantly surprised about this issue, as it was a brilliant ending to a mediocre story, and especially considering Scarecrow is barely involved. Despite the overall story being mediocre, I do have to thank Gregg Hurwitz, as he's taken this series, which was doing very poor, and turned it into a decent series, and I have ever faith that he'll do a better job in the next story. What I really liked about this story was that it was a bit more up beat than the rest of the story, as most of this story's been dragged out, with very little action. I also loved that Hurwitz made Batman a hero in this issue, and showed that he was willing to do anything to save Gotham. Although I think this story's been too long, and focused on Scarecrow to much, I have liked the new take on Scarecrow, and hope to see a more of him in the future.

Although he wasn't a brilliant writer on this series, David Finch was however a fabulous artist, and I will miss his art on this series, but will be looking forward to seeing his art on the upcoming Justice League of America series. I've always loved his art, and it's brilliant for a Batman series. Although I wasn't overly keen on the gigantic Two-Face, and Joker in the earlier part of this series, Finch has wowed with the rest of his art, and I have especially enjoyed it during this story. I love his take on Scarecrow, as he makes him look like the evil, psychotic individual all Batman fans will know, but at the same time makes him look innocent, and almost as much a victim, as anyone else. Besides that he's done an excellent job drawing all the other characters in this issue, whether it be Alfred, Damian Wayne, or anyone else. I also loved his version of the Bat Plane, and all the action sequences. There was also ton's of detail throughout Finch's art, and in backgrounds.

Seeing Gotham in this state was brilliant, but I questioned if it was at the right time. With Gotham also in peril throughout the Death of the Family storyline, it wasn't necessarily the best time to have a similar, yet completely different scenario at the same time. Besides that small complaint I loved the sequence, and thought it was brilliant seeing Scarecrow turn an entire city like this. I've not read a lot of Scarecrow stories, mainly due to him not appearing much over the last few years, but none of them had him turn out this psychotic, and it was nice to see him cause all this chaos. At the same time I loved how Batman handled this situation, and like the true hero was willing to sacrifice himself in order to save Gotham. The thing I probably liked the most during this sequence was that despite Alfred's pleads for Damian to bring Batman back to the cave, that Damian wouldn't because he promised that he wouldn't till everyone was saved. I liked this part because it shows the respect Damian has for Batman, and that despite his love for his father, he'd rather honour his wishes.

I was however slightly disappointed that Scarecrow was barely in this issue. Between the big fight Batman, and Scarecrow had last issue, and the way it ended, with Scarecrow poisoning the whole of Gotham, I expected a bigger fight between Batman, and Scarecrow, but we didn't even get one. Although I would have preferred a fight, I did like that the sequence featuring Scarecrow showed that he himself was a victim, and that if it wasn't for what his dad did to him as a child he wouldn't have done the things he's done. It was also nice to see Scarecrow timid and scared, but not intimidated, as he doesn't want to go to get captured, but at the same time doesn't want to show his fear.

It was also nice to see Natalya in this issue, as I've enjoyed seeing her throughout this series. It reminds you that Bruce Wayne has his playboy image, plus it's also nice for him to have someone to care about, besides his family. The way Bruce entered Natalya's performance was also very interesting, as once everyone leaves, due to her terrible playing, he enters saying that he loved it. I hope that we get to see more of this relationship in the future, and that it's not overshadowed by the main stories, although at the same time I don't want it to take to much away from the main stories.

This was a brilliant end to a mediocre story. Although I've enjoyed the new origin for Scarecrow, it was stretched over too many issue, and I hope that Hurwitz doesn't do this with the next story. Although this was a good issue, due to it being the end of a story I'd only recommend it to people who have the rest, or parts of the story, or are considering getting the rest of the story. I'd also probably recommend the entire story, as it had a brilliant start, and ending, but unfortunately dragged in the middle. I'd probably overall rate this story a 4/5.

Cross to BearTo see this review with images, Click Here.Over the past several months, The Dark Knight has devolved from a fairly entertaining Scarecrow story to a festering pile of crap. The entire plot is too long, sloppily constructed in parts, and derivative of other better Scarecrow stories. Our hero did manage to escape bondage last issue, but sadly, things just got worse. The last glimpse we see of Scarecrow if of him ripping off his origin tale from Batman: The Animated Series by piloting...

Hurwitz Can Do Better 0

The lastest few Dark Knight covers have just been okay, but this one is awesome. Scarecrow looks pretty terrifying, and the idea that they're playing chess with the city itself is genius.This issue is pretty weird, sections of it feel like its just tagged on after the arc was truly resolved, and yet certain plot points do come up at the end. Last issue Batman had his big fight with Scarecrow, so he doesn't really get one this issue. He just has to deal with large sections of the city strung out ... 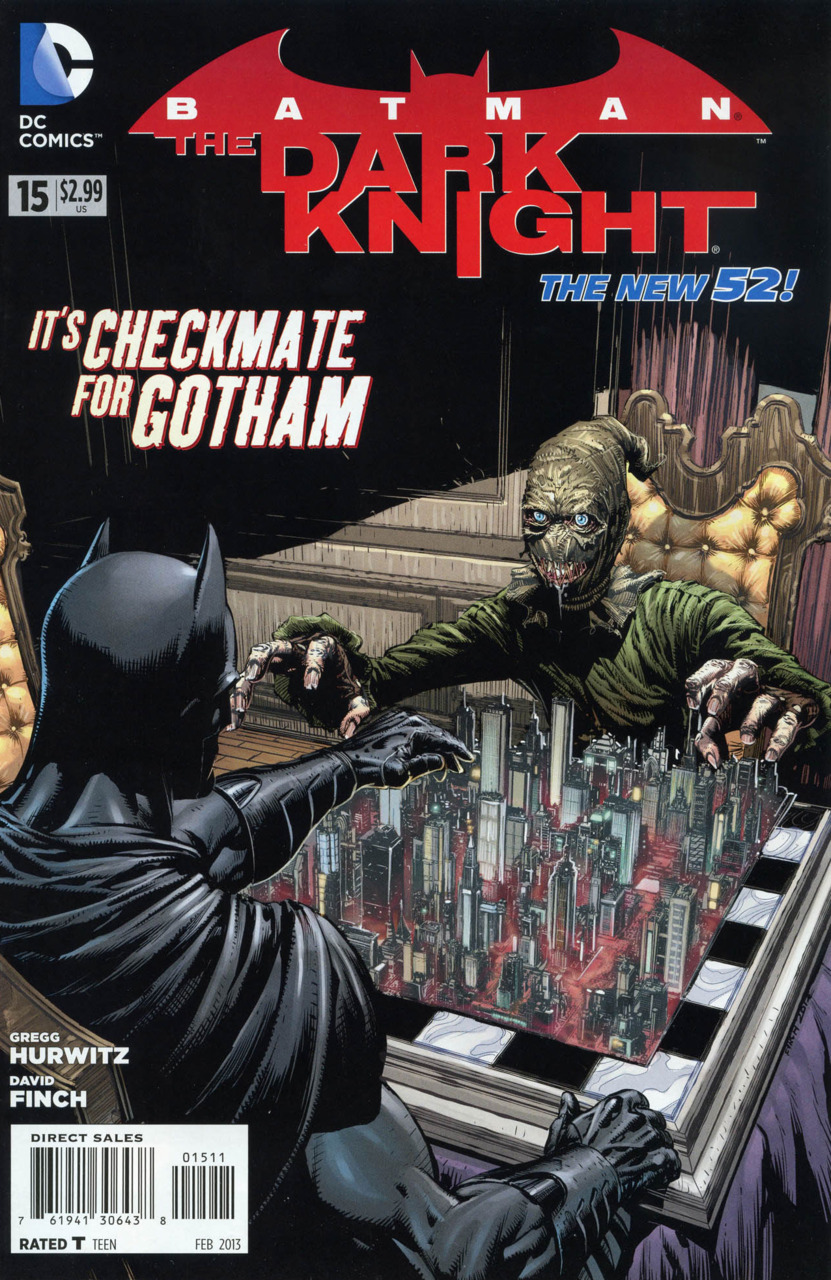 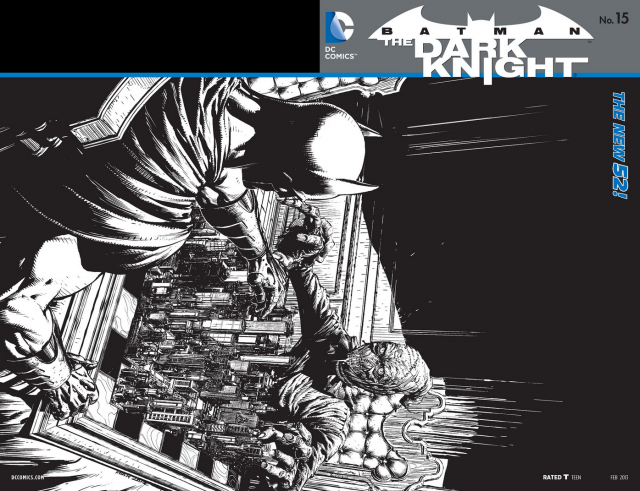