The last few months of the Dark Knight, except for the Zero Issue, have been a rather mediocre affair featuring the Scarecrow. Gregg Hurwitz spent an entire two issues doing the classic (and by classic, I mean tired) trick of Scarecrow capturing Batman and then using fear toxin to bring to light Batman's darkest fears. At the end of the last issue, we finally saw Batman freed and ready to kick some burlap butt. Does the Dark Knight finally bring this story to a good conclusion, or do the painful cliches linger?

In this issue, Scarecrow gets beaten up and rescues his own victim, and Batman is rescued by Robin.

The last few issues of The Dark Knight have been less than stellar, but this issue is downright bad. It does not make it to Catwoman #14's level of incompetence, but it makes a valiant effort. It is on par with the rather abysmal opening DCNU story arc for the series, Knight Terrors.

The stupidity of this issue is difficult to quantify. Batman's first move with the Scarecrow is to throw himself on Crane's scythe impaling himself in the chest. Batman then uses his grappling tool to shoot through Scarecrow's head. That's right, Batman shot a ten inch batarang through Crane's jaw, out the bottom of his mouth, through his teeth, and into the ceiling thereby causing Crane to hang from his mouth. How the ten inch batarang fit through Scarecrow's jaw defies reason, and even if he were shooting a tinier grapple, the shot would still be extremely difficult. If Bats had the wherewithal to make that shot, perhaps he should not have jumped on Scarecrow's scythe.

Batman then crawls away, and it seems a little out of character for him to leave a victim trapped in the house, but I will let it go since he was bleeding out. After managing to break free, Scarecrow decides he is not a heartless murderer and saves his own victim/guinea pig even though Scarecrow's life is in danger because the house is about to explode from a gas leak. (tangent: the gas makes a "Zap" sound when being ignited. ???) Anyway, Scarecrow saves the girl for no apparent reason and staggers around the rest of the issue bleeding copious amounts of blood from his head which by my guesstimate would have killed him from blood loss in about ten minutes.

It's all very poorly scripted.

Despite the bizarre and boring nature of the plot, it all looks quite nice. Scarecrow and Batman's injuries were appropriately cringe worthy, the fight scenes were dynamic, and the backgrounds are very rich in detail. Some of the faces look awkward when out of costumes, but beyond that, it is quite a visual treat.

Unfortunately, this issue was not the end of this story arc. This entire run is becoming extremely tired, and the next issue is not promising to be any better. Scarecrow lives to scare another day, and though I will not give away his next move, it is really rather tired combining things we have seen from both Batman: The Animated Series and Batman Begins.

The first half of this issue contains a ton of stupid moments, and the back half just feels like it is going through the motions. The art saves the issue from being complete crap, but I feel like I am being pretty generous even in giving it a four out of ten.

Other reviews for Batman: The Dark Knight #14 - The Twilight Kingdom

I have never been overly keen on this series, and in fact dropped the series after issue 9, but after hearing good things about the series since Gregg Hurwitz joined the creative team I decided to give the series another chance. So far this story has been a lot better than what the series was like before Hurwitz joined, but it's not been anything special, and I hope the next story involving the Mad Hatter is better.PlotThis issue sees Batman finally escaping from Scarecrow. Once outside Batman i...

Cover/Solicit - 3/5- Would I pick-up the comic based on the solicit/cover alone? Are the alternate covers appealing? Does the solicit/cover portray what happens in the issue?Art - 5/5- Do I personally like this artist's style? Does the artist stay true to the characters appearance?Colors/Ink/Lettering - 5/5- Does the work blend well with the artist? Is the coloring/inking enjoyable and easy to distinguish what's happening? Can I easily read the lettering?Layout/Flow - 4/5- Does the layout of the... 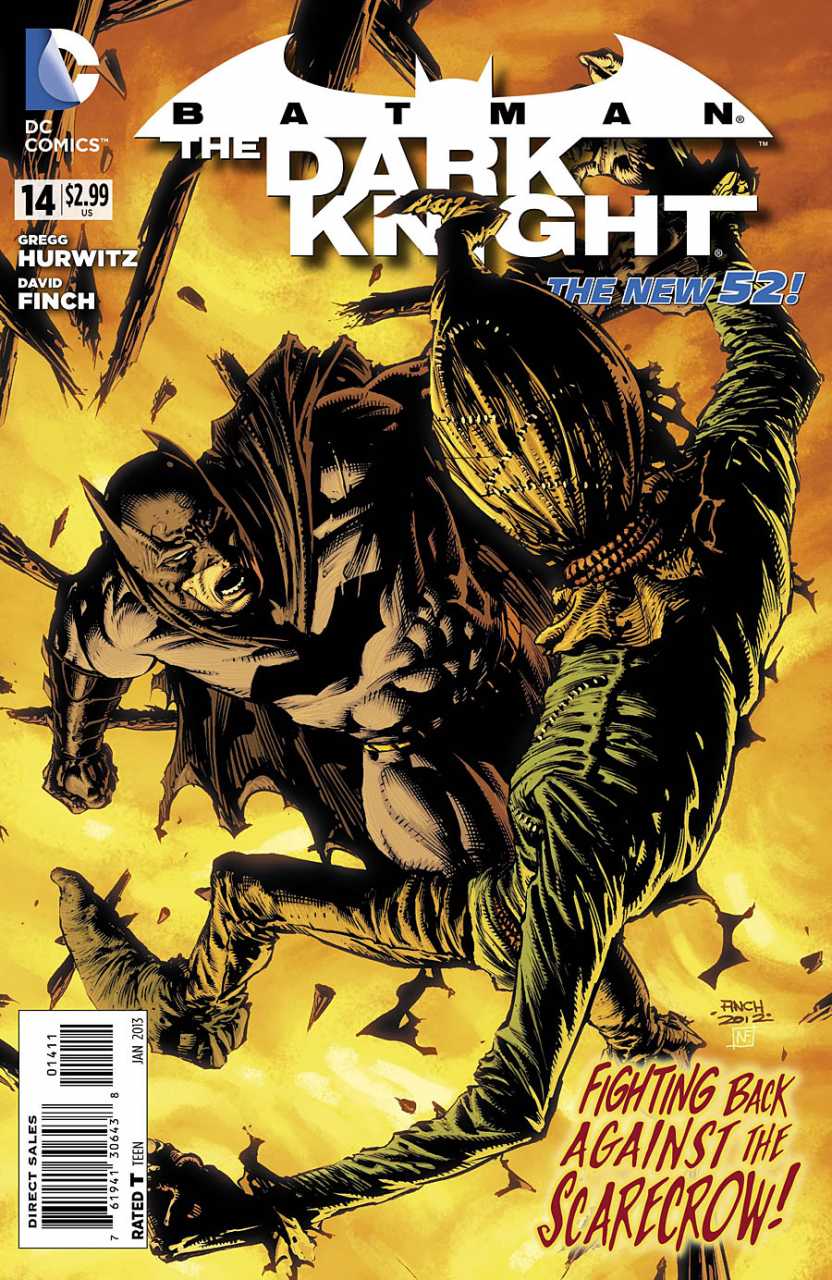 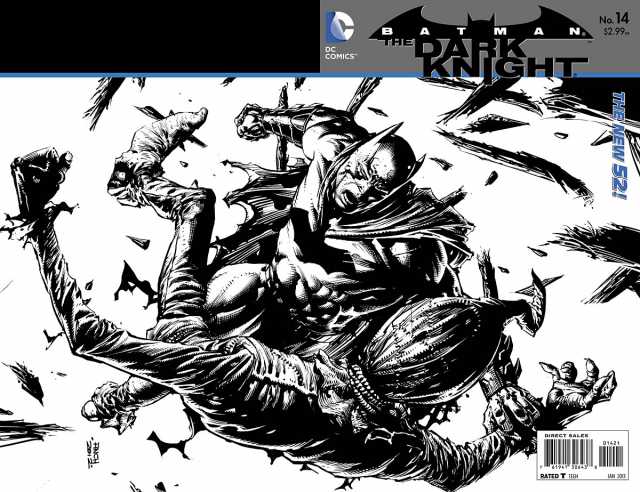