When I first read the conclusion, despite my anticipation, I'll admit i was slightly disappointed, because while I liked the issue overall, there were a few things about the story which I really disliked, But after reading or watching something, I wait before expressing my thoughts because it's necessary for the comic to have an appropriate influence on me. After analyzing this issue, i realized what pak had actually done, and then i realized how much i love this ending, because it all made sense,

First of all, I like how Pak introduces a weapon which is way more powerful than superman, or anyone else on the plant, considering that it basically gives you what you want. The Concept, in general, may be slightly bizarre but it serves a purpose. Up until this point both batman and superman( the Mainstream Ones), were shown to be Raw, brash and inexperienced, whereas the Older Earth 2 Version were much more skilled and wise. But this Crystal was a specific game changer for the two troubled heroes. The Older versions wanted to destroy the Crystal because they feel that they should be the most powerful beings around, and this isn't necessarily bad , but it shows that their authority has made arrogant; they fail to consider the fact that they need a back up plan should they ever go AWOL or be mind controlled. The Mainstream younger versions on the other hand, know and realize the power they posses, and they feel that someone should be able to stop them should they deviate from the right path. This shows, that even though the original versions are still young and dangerous, they made the right choice, while the older versions were to concerned about maintaining their one authority ( not saying that they weren't trying to help others, but they were worried about their position too), meaning that when clark and wayne mature, they will most likely be great heroes, and they'd be much closer to their pre-flashpoint versions.

Moreover, there is a scene where both superman and Batman touch the crystal. Supermans greatest wish, of course, is to see his parents again, so upon touching the crystal, that is what he gets. It's a really sad moment because clark has to basically refuse and stand against his greatest desire, But Personally, i was far more intrigued by what happened to batman. The concept of Bruce creating is own MR.Hyde has always intrigued me, and I'm glad that Pak expressed this notion in this issue, because it shows how much he understands batman. The greatest part was that Bruce didn't even realize what he is becoming, or what he might become should he cross the line. It's a well known fact that Batman doesn't kill because he fears that the darkness which resides withing would come out, Pak realizes this and shows us visually what Batman would Look like should he loose control.

Speaking of visuals. I have to say that i had mixed feeling about Jae lees art. Some scenes were spectacular , such as batman Turing into a darker version of himself, or E2 Superman smashing Clarks face into concrete. However, some actions sequences were slightly confusing and quite frankly looked like a mess. It was solid overall but it really annoyed me.

Overall this was a fitting conclusion to Paks first arc, there are some art issues here and there but it's a fun and interesting ride. Though it's sad that this event was erased from superman and batmans memory, in fact it's kind of a setback. It's not really Paks fault either as it has to stay within continuity with Geoff Johns story where superman and batman meet for the first time.

Other reviews for Batman/Superman #4 - Refracted

This review was originally posted on my website Imagination Centre (here).This has become one of my favourite series from the New 52, as although it hasn't always been phenomenal, it has always been very entertaining, having some very interesting and exciting moments, and Greg Pak continues to show in this series how good a writer he really is.PlotThere is conflict between the two Supermen and Batmen, and how they must decide what to do with the mysterious crystal.ReviewThis was a fantastic issu... 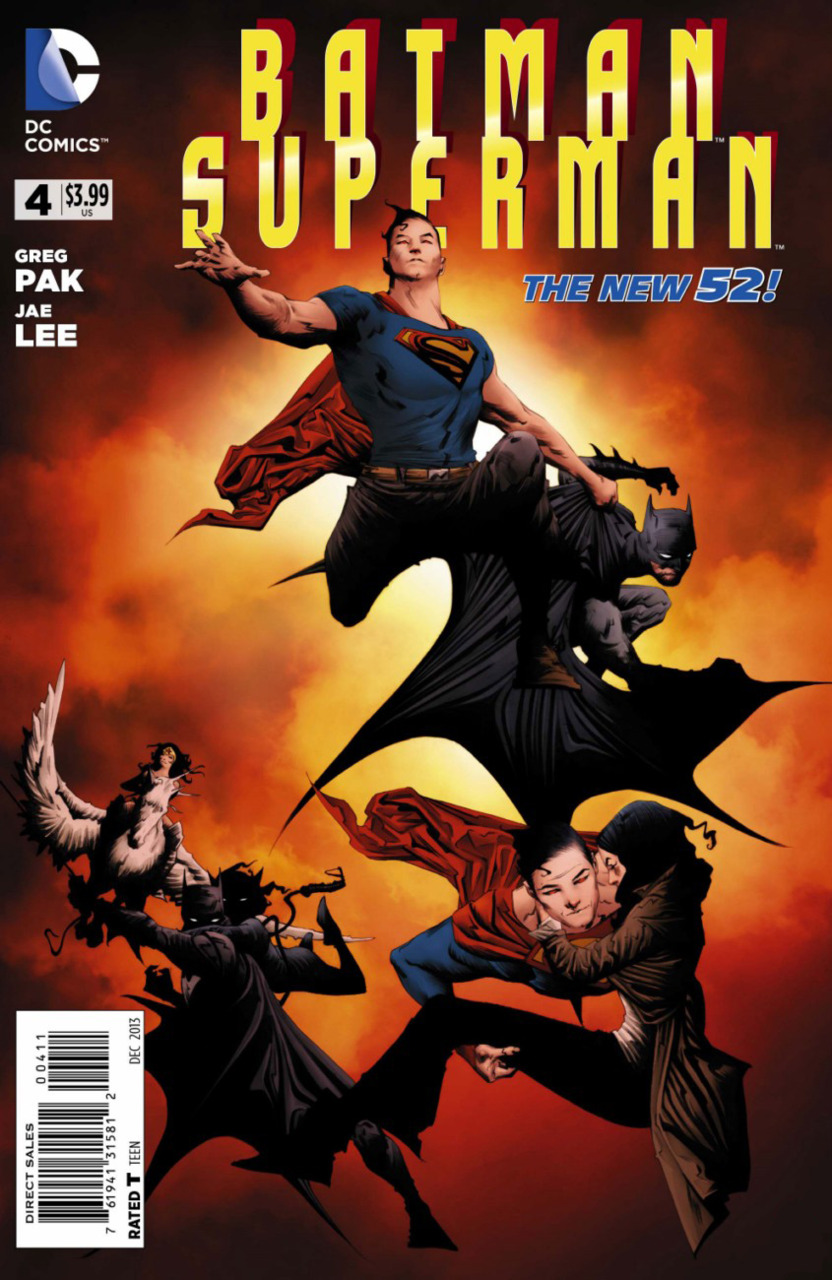 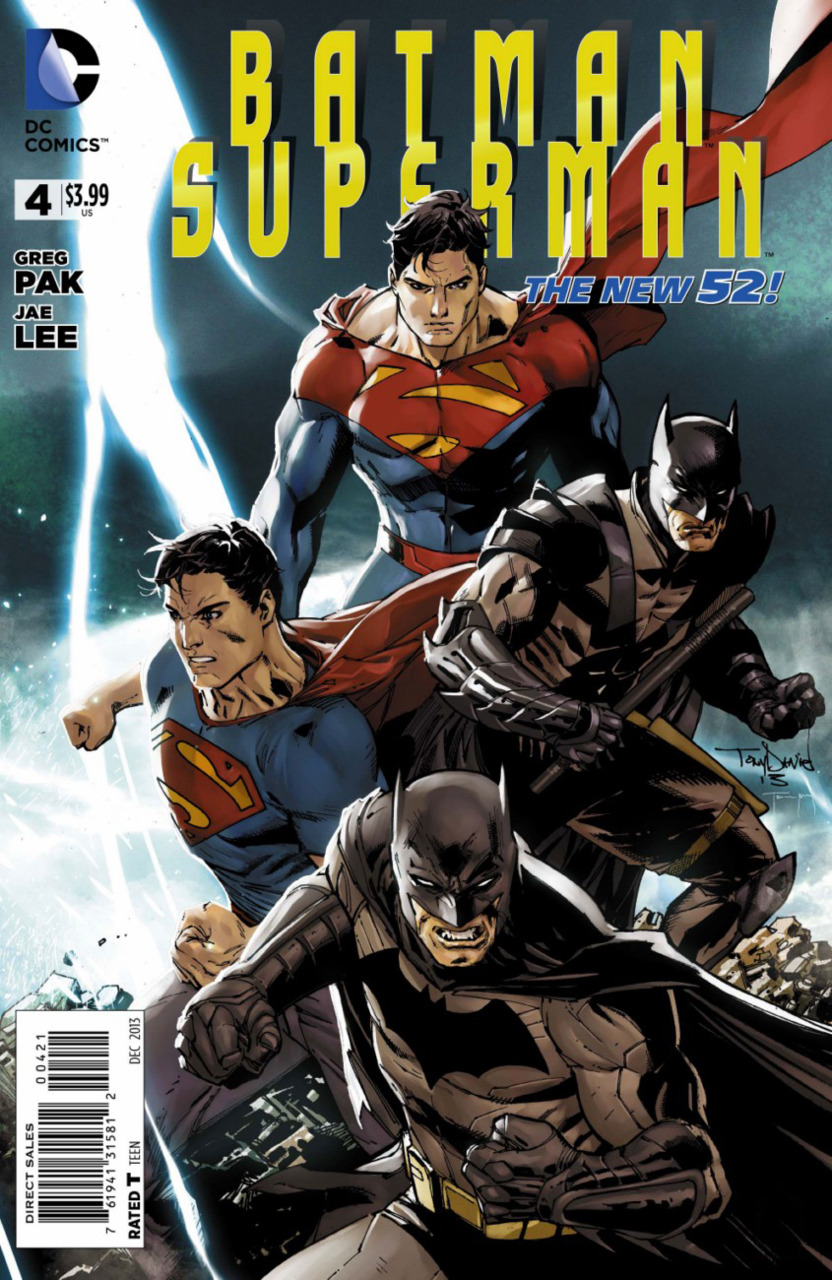 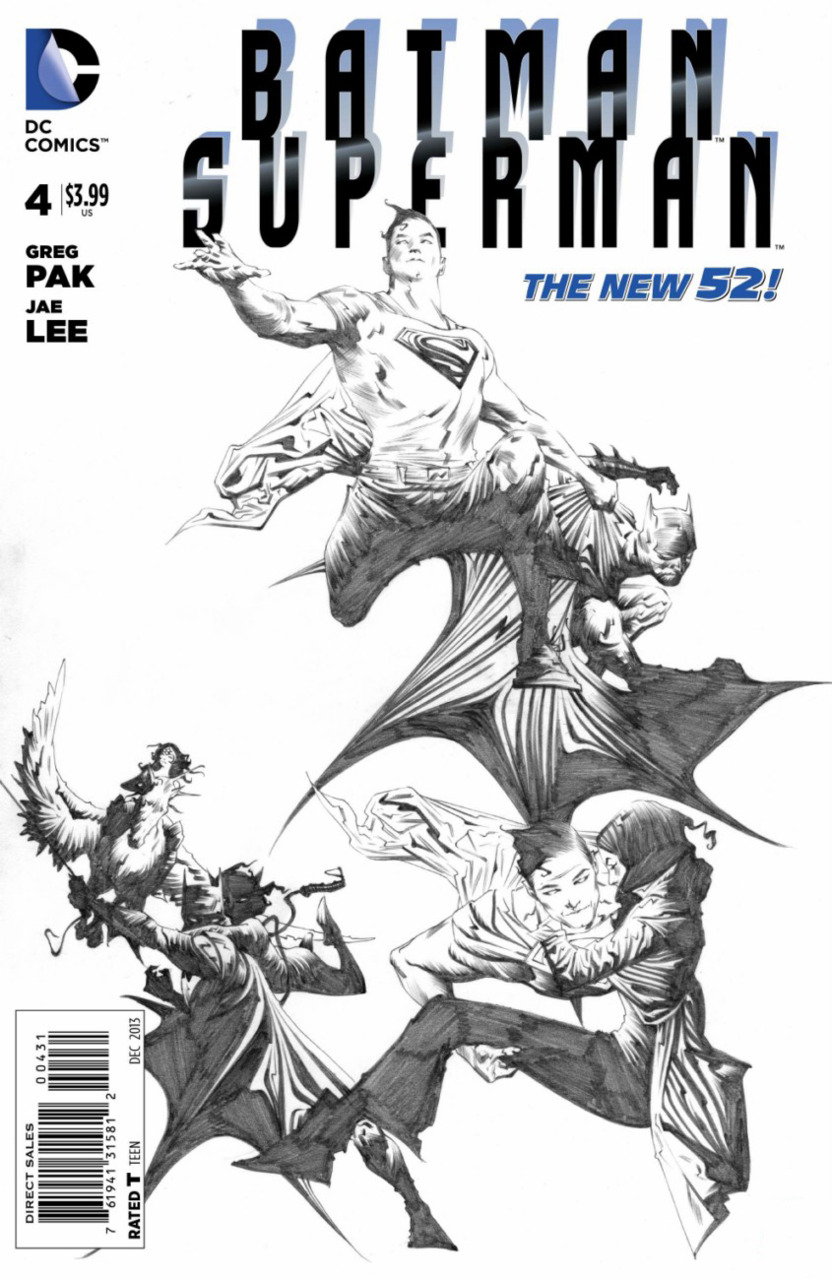 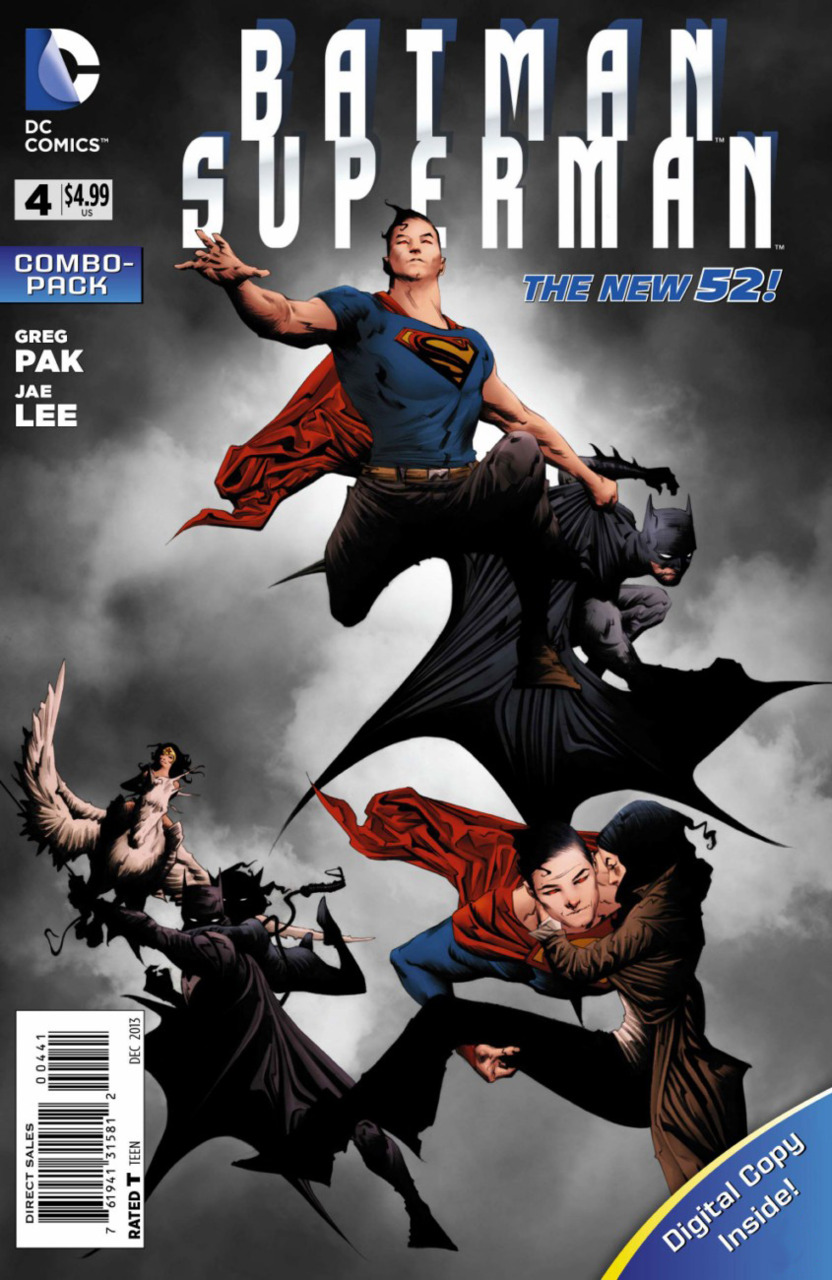