Marguerite Bennett has proven to be a very talented new writer, having done a terrific job of both the Batgirl Zero Year tie-in and Batman Annual #2. Bennett's storytelling was probably the best part of this issue, with the monologue from Joker's Daughter adding a lot of depth to the story. Bennett also showed how unlike fellow Joker worshiper Harley Quinn, this girl is much more disturbed, having a very mixed up sense of purpose. Added to this the brilliant pacing and intense character interaction and I'd gladly read more stories featuring Joker's Daughter, as long as Bennett was writing them.

Meghan Hetrick's artwork was also amazing, suiting the tone of Bennett's script perfectly. The detail of Hetrick's art was simply outstanding, being very consistent, having little to no imperfections. Hetrick's layouts were also very dynamic, giving a natural flow to the story as well as a lot of impact to the action sequences. Added to this the symbolic nature behind some of her layouts along with the realistic tone that the facial features add and I'd be very happy read more comics featuring Hetrick's artwork.

Check out my full review at Imagination Centre.

Intro At the time of villains&rsquo; month I was very intrigued by the character&rsquo;s look and really wanted to learn more about her and see if this version is any different than the others. So after reading her villain&rsquo;s month and a couple of Catwoman&rsquo;s issues my interest in her fell completely off. She had a very interesting origin of dealing with anorexia and not accepting her looks. But the underground tunnel with her underwater cat (laughs) wasn&rsquo;t good enough for me. Sh...

This comic starts off with a teenage girl in the Gotham Underworld finding the Joker's face, which apparently fell off when he fell to his death in his last fight with Batman. She talks about how she feels close to Joker, but not close enough. She puts on the mask, but also eats part of it so her "father" is a part of her. This comic, unlike the first one made during villains month, did not show her taking over the underworld. We do see this girl, however, set up a fake school bus with fake scho... 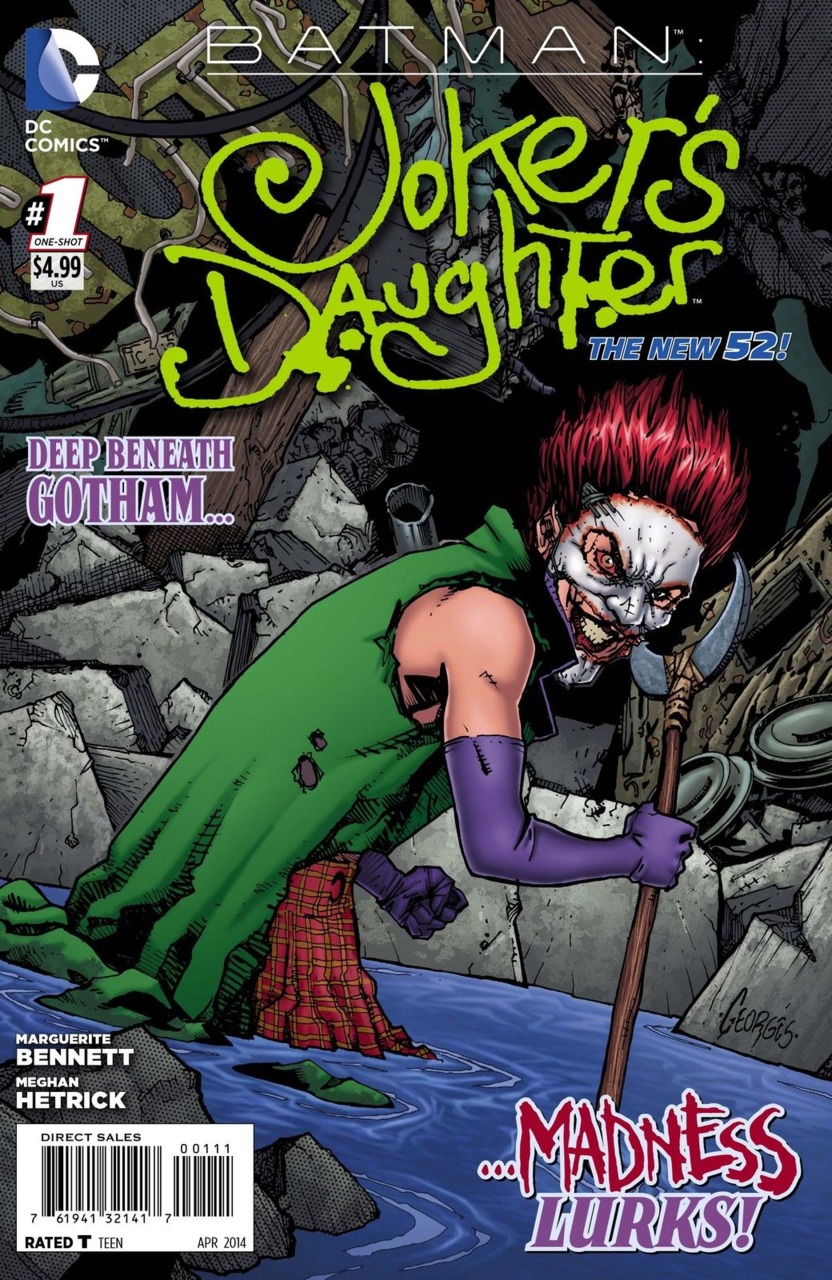