Damian Wayne is in Gothlehem or Gotham or Bethlehem. Damian is the Gotham's Dark Knight that you never want to meet! This tuff kid was once Dick graysons' and Bruce's Robin, now he owns Gotham in the palm of his hand! Gotham has fallen to pieces, and crime is running amuck in Batman's city. Crime has changed and so has Batman, Damian holds mighty tools as Batman of Tomorrow. Nothing but trouble is in-store for crime, they should have stayed in bed. Now death awaits them! MUHAHAHAHAHA. Written by Grant Morrison (who is a awesome Damian Wayne story writer) and drawn by Andy Kubert (who does a good job drawing the character). If you don't know the story of Damian, then you really need to know! It's awesome, trust me.

What I Like, Is What You Should Like!
Damian Wayne is the good guy. Why does everyone have a problem with that? Never mind, don't answer that. Damian is the Batman of Tomorrow, he rightfully has the trench-coat and cowl, and can fight crime by killing it! This is a Batman that I've wanted to see, for a long, long, long time. Bruce and Dick are okay for people who don't like murdering Batman. I certainly want Damian to be Batman, which it is a wish that has been fulfilled. Andy does a great job drawing the character, the trench-coat look is something I would totally wear If I was Damian. A bald Batman is aweeeeesome! It doesn't bother the man under the cowl, and no friction for communication. Morrison does a great job writing stories about (well about Damian and batman, creepy stories), these are something only few writers can pull off.

What I Hate, IS WHAT YOU SHOULD HATE!!
I am not skeptical about Damian selling his soul to (I'm sure Dr. Hurt), but if that gets him to be Batman then I'm cool with it. Alfred cat was a twist, I would've wanted to see Damian Wayne have a (female) Robin sidekick. The one I want to be Damian's sidekick would be, Carrie Kelly. She's cool, and hot.

Damian's Origin, for those who've got no ideal (for some reason) how awesome he is!
Damian Wayne (Al Ghul) is the love child of Bruce Wayne and Talia Al Ghul. After Bruce and Talia had (uh time together), Talia eventually had the son Damian. Later on down the line, Talia let her husband take care of their child and Bruce accepted Damian as his son, however not Robin. Things flushed down the toilet, and eventually he was blown up. His mother, quickly replaced all vital organs with clones, and he once again regained consciousness. Damian is currently working with Dick Grayson as the 5th Robin. I'm sure, somewhere down the line Damian sells his soul to Dr. Hurt or something like that.

What the overall should, and can be, because of AWESOMENESS!
Damian is Batman of Gothlehelm, and can kick your sorry -BLAM- self any day. HAHAHAHHAHAHAHAHHA! Batman issue 666 is 5/5. Pick it up and read it. Until the next past review. Damian and RYU/BATMAN ride again!
Load Comments

Other reviews for Batman #666 - Batman in Bethlehem

Thank you so much 0 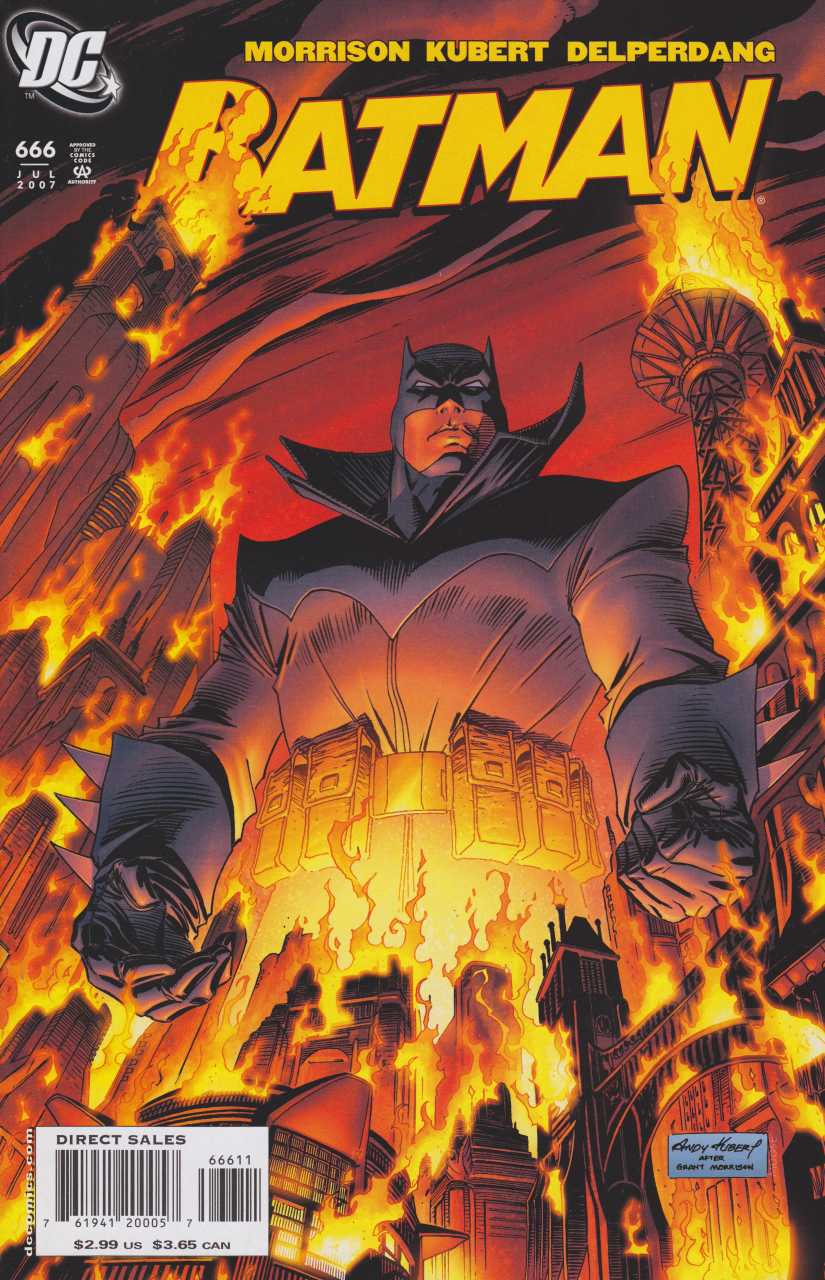