Bane beats down Ese's 2 buddies (does Ese have a background?) and gets her to be "[he's] judas goat" so that he can retrieve a bomb and the wonderful gun he holds in the cover. Bane mentions to Ese that he has a boss, and he gets Ese to drag a case (which holds the bomb, which Ese doesn't know yet). They start to head to Hall of Records (which Bane reveals to Ese upon arriving) and kills some of the Penguin's gang members and others on the way, and making it seem as if Harvey Dent was the one killing the Penguin's men.

So Dent is now under fire by those who want revenge, and Bane is about to level the Hall of Records. To be concluded in Detective Comics 738 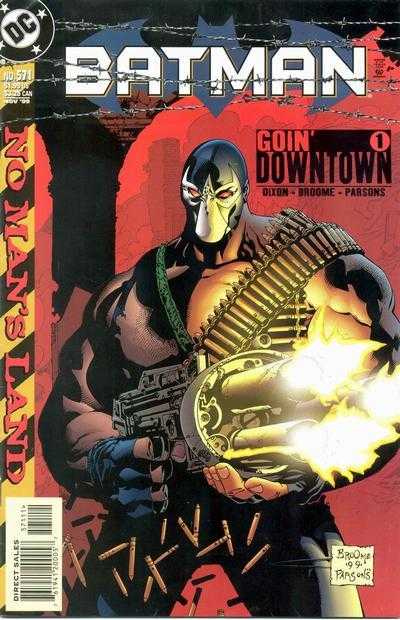