A really entertaining start but not quite there.

I was pretty apathetic about this book. I mean who really cares about Hobgoblin? You do? Weirdo. Well, I don't, or didn't, because as soon as the preview came out I was white on rice with this book. But did it live up to the hype? Partially. The first part which actually focused on the real hobgoblin was incredibly entertaining, enough so for me to want to read a full fledged ongoing about it. It was a genuinely new take that I personally have never seen before.

I also really liked a cameo by Demolition man who looked pretty happy, which is pretty great since last I saw him he was totally crazy. (Which was over in The Pulse by Brian Michael Bendis)

I have no complaints regarding the art, it was expressive, bright, just the right amount of detailed and an all around joy to look at it. Javier Rodriguez has gained a new fan with his art in this book, bravo to you good sir.

I totally stopped caring about what happened when we stopped focusing on Kingsley. It probably matters to the story later on but for right now, I don't care. I don't know who the mysterious chick was or why she matters at all. Which probably isn't a good sign. Maybe it's just because I am not really well versed in Spidey-lore but everything was made easier to skip when I started to know less and less of what was actually going on in this book.

Should you read this book?

Well, even though I gave it three stars I really did enjoy this book, a lot. It was a genuinely enjoyable book, the problem was that only part of it was enjoyable. The rest was just kind of fell flat on it's face. So, while i will be sticking this three issue mini series because I think it has a lot of potential to be great it just isn't there yet. So yeah, give it a shot you may just enjoy it.

This is a comic I'm really looking forward to getting.

I havnt gave up on Slott's work with Spiderman a while ago, and havnt been reading Axis, so I was really hoping this would be a bit more of a stand alone story. Definitely worth checking out. I'll be picking up the next two issues. Although if this was a full ongoing, I have a feeling I would drop it.

REALLY hoping the Carnage lives up to all of my hype!

This is a comic I'm really looking forward to getting.

Other reviews for Axis: Hobgoblin #1 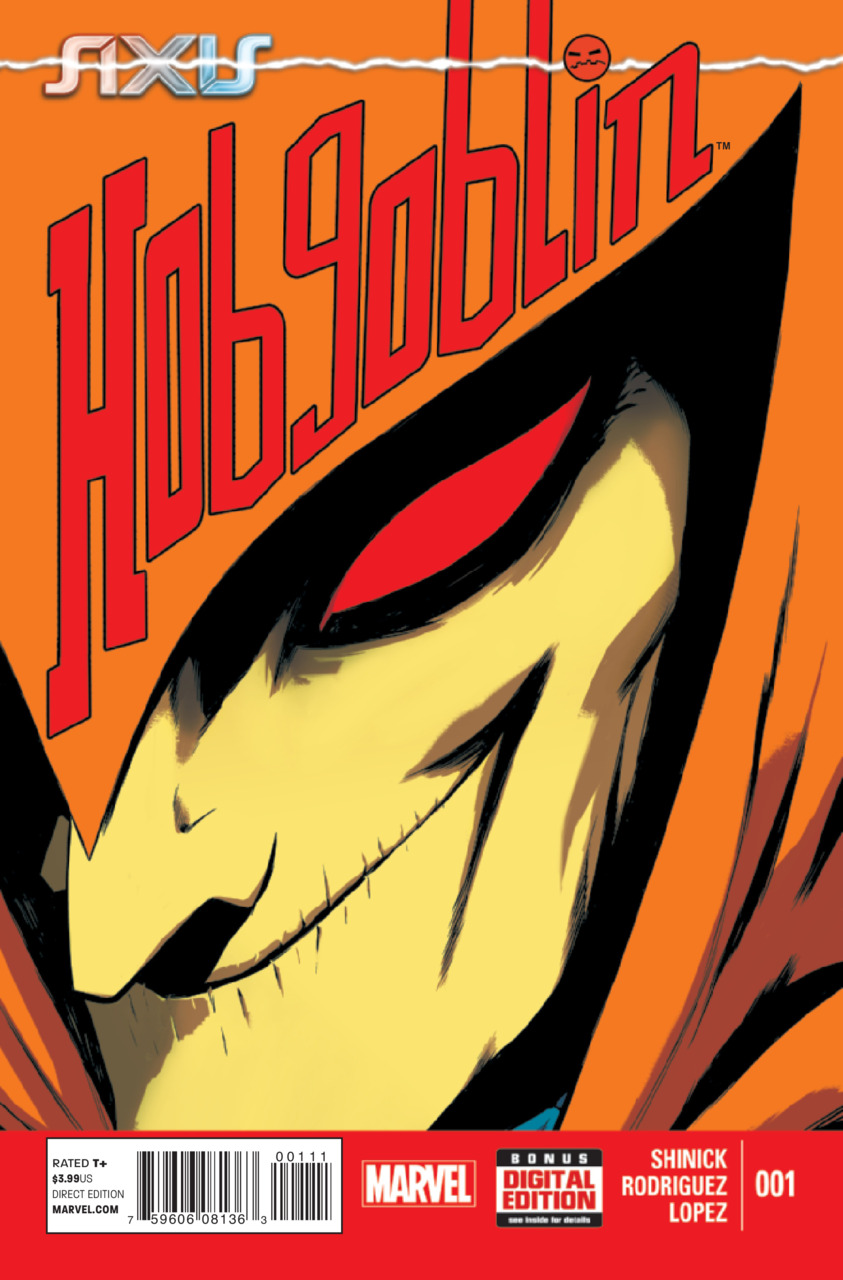