Vengeance in a Bottle

Tales from the Vault by Dwayne McDuffie and Dwayne Turner is the first part, or the prologue, to Marvel's Acts of Vengeance crossover. Acts of Vengeance was a line-wide crossover, although the actual "story" elements of the crossover were confined to 6 issues of John Byrne's Avengers. The titles closely related to the Avengers such as Captain America also provided pretty meaty, although skippable, tie-ins and titles like X-Men or Daredevil were connected through the loose theme of the masterminds trying to eliminate them.

The story starts here in the pages of Avengers Spotlight. For the first part of a crossover it's weird to see it contained in Avengers Spotlight, the pure D-list Avengers book of the late 80s/early 90s (The Avengers heyday). Avengers Spotlight was a book that mostly concerned itself with superfluous stuff (Hawkeye vs Trickshot or U.S.Agent vs a racist) or setting up things that later became prominent (Sandman joining the Avengers, Yellowjacket's reform), it seems like a bit of a weird move to have the beginning of a major crossover here of all places. It also seems weird to see so much of the story feature no Avengers and instead highlight the Iron Man and Avengers crew member Guardsman. But for me part of the charm of Acts of Vengeance is that as an Avengers story, it's not all Captain America and Iron Man and some of the Avengers lesser cast get a part or two.

Anyway, this one is a fun story. As well as Guardsman, the story features Wizard and the Avengers (or just Hawkeye and Iron Man). There is a prison breakout and after Guardsman is defeated by Wizard and an assortment of other in-mates, it's up to Hawkeye and Iron Man to save the day. Except, they don't really save the day, because most of the in-mates escape. There's some fun character moments between Hawkeye and Iron Man, and (maybe one too many) references to the recent Armor Wars in which Iron Man actually caused a breakout of the exact same prison by fighting Guardsman. Hawkeye has a couple of genuinely humorous lines - which is always a plus since so many unfunny writers have characters like Hawkeye saying cringe-inducing lines. With that said, the story ends on a hideously cheesy joke that feels out-of-place considering the fact the Avengers just kinda lost. There's a fun "fight" between Hawkeye and Scarecrow (a pretty cool villain) and cameos from a lot of Marvel's lesser-supervillains.

This is an ok part of the crossover, and a pretty decent prologue. It teases the story adequately while not giving away too much or being entirely integral to the story. In my opinion, this is an example of a good prologue. Reading it, you see it's relevance to the story but if you miss it, you still understand the story. Now besides that, it isn't the greatest comic ever, it's entertaining and enjoyable. I didn't find myself checking to see how many pages I had left (which I tend to do when a comic drags on) and this was my second time reading this issue and I still found my attention being held. It's a harmless story that manages to overshadow any claims of it being filler, like a lot of the title it came from, by actually being relevant to both the Avengers and the crossover.

Other reviews for Avengers Spotlight #26 - Tales From The Vault

Not vengeful enough yet 0

TDK reviews - Acts of VengeanceReviews. I haven't reviewed in while but I have decided to get back to it. I have no idea if there is anyone left on the website who even reads reviews anymore, but I will do it for myself. I will be doing a series of reviews as I am going through more important comic books which I am reading through my spare time. Acts of Vengeance is the first one to go. Acts of Vengeance is a classic Marvel crossover which I have been meaning to go through for quite a while and... 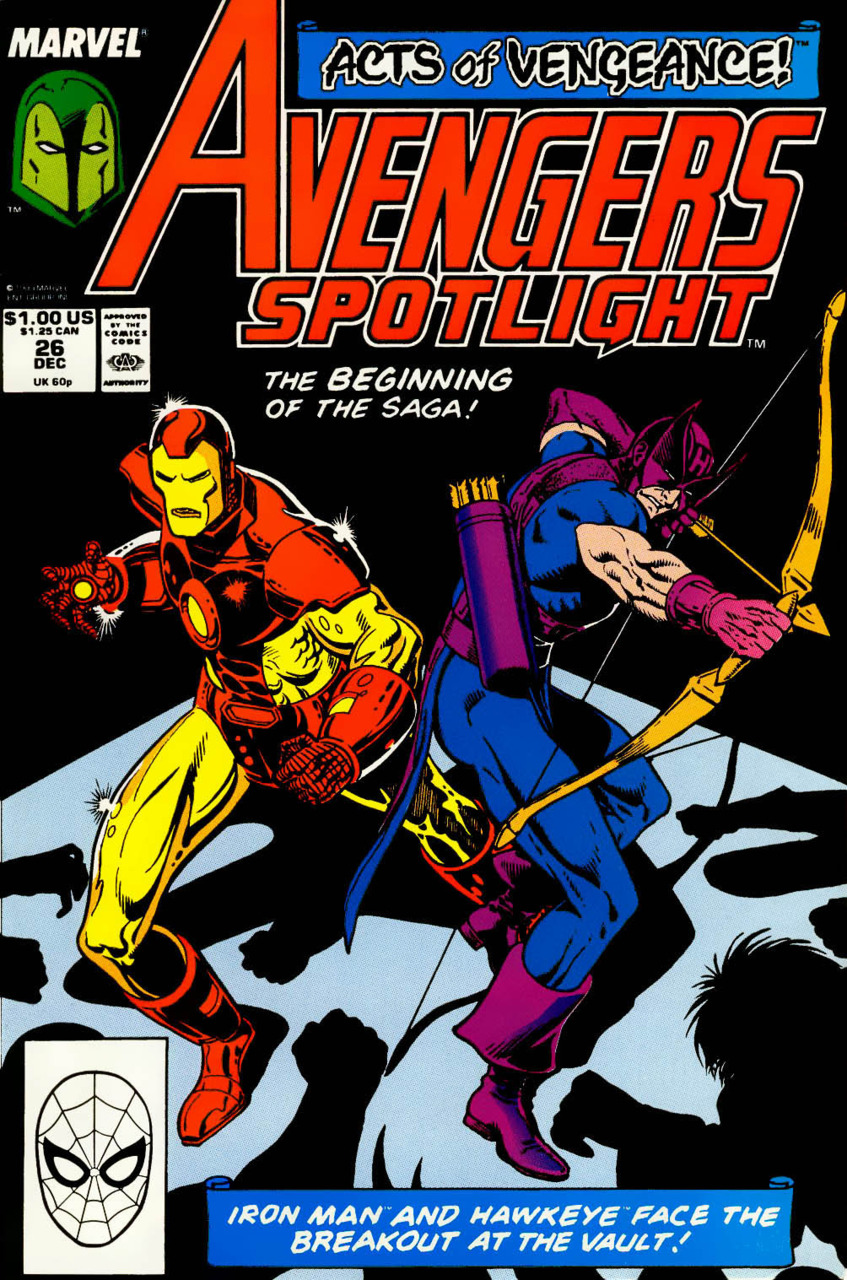