I was a big fan of both Runaways and Avengers Academy, so it was nice to have the characters from both those series share the spotlight completely in this issue.

When we first see Reptil, Hazmat and X-23, they are searching for Juston and his attacker. Another character is attacked under mysterious circumstances, leading to a rift in the short lived alliance between them and Nico and Chase from Runaways. At this point, it's unclear whether or not the mysterious attacks are being done by one of the survivors or if Arcade is sowing seeds of distrust by having the island attack the kids so they'll blame each other.

Following the death of Mettle in issue 1, Hazmat is becoming darker and more withdrawn. She insists on her teammates referring to her by her code name and not her real name. She's quick to lash out at the other survivors and is becoming more violent. I wonder if she's going to be turned to the dark side by the end of this series. Hopeless seems to be setting her up to become either an antihero or a straight up villain.

I loved how Nico used her powers this issue. It was well thought out and inventive.

I was surprised by the last page reveal.

SPOILER WARNING: Click here to reveal hidden content.
It's going to be even harder for Chase to win anyone's trust when they find Chris powerless and Chase in his Darkhawk armor.

Dave Johnson's fight poster cover, while nice, is very inaccurate. Darkhawk doesn't appear in the issue. It would have made more sense to have Chase or Nico on the cover as this issue was focused on the members of Avengers Academy and Runaways.

I knocked off a star for the art, but other than that, I thought this was a very strong issue. The death of Mettle is definitely affecting Hazmat. I liked the formation and subsequent breaking of the alliance between the Runaways and Avengers Academy.

I like that these issues so far are done-in-one stories. If you haven't been reading, the first page will catch you up on what's happened so far, and the story in the issue is a good, self-contained tale that is building a larger story.

I was hesitant about this series when it was first announced, but now I find it being the first thing I read on the day it comes out. Thankfully, Avengers Arena is not a mindless gladiatorial brawl. If I was, I wouldn't be reading it. Instead, it's an excellent thriller. Highly recommended.

Other reviews for Avengers Arena #4 - The Survivor

Avengers Arena #4 ReviewOverview:Nico and Chase try to make friends with the remnants of the Avengers Academy.The Good:The story is really good up until the end. The beginning and middle do the idea of being trapped on the island justice and is able to capture the kids questioning their morals and ideals. It also brings readers up to speed on the Runaways and Chase’s and Nico’s abilities.Dennis Hopeless does a great job capturing the inner turmoil of Chase and Reptil. He makes what they are feel... 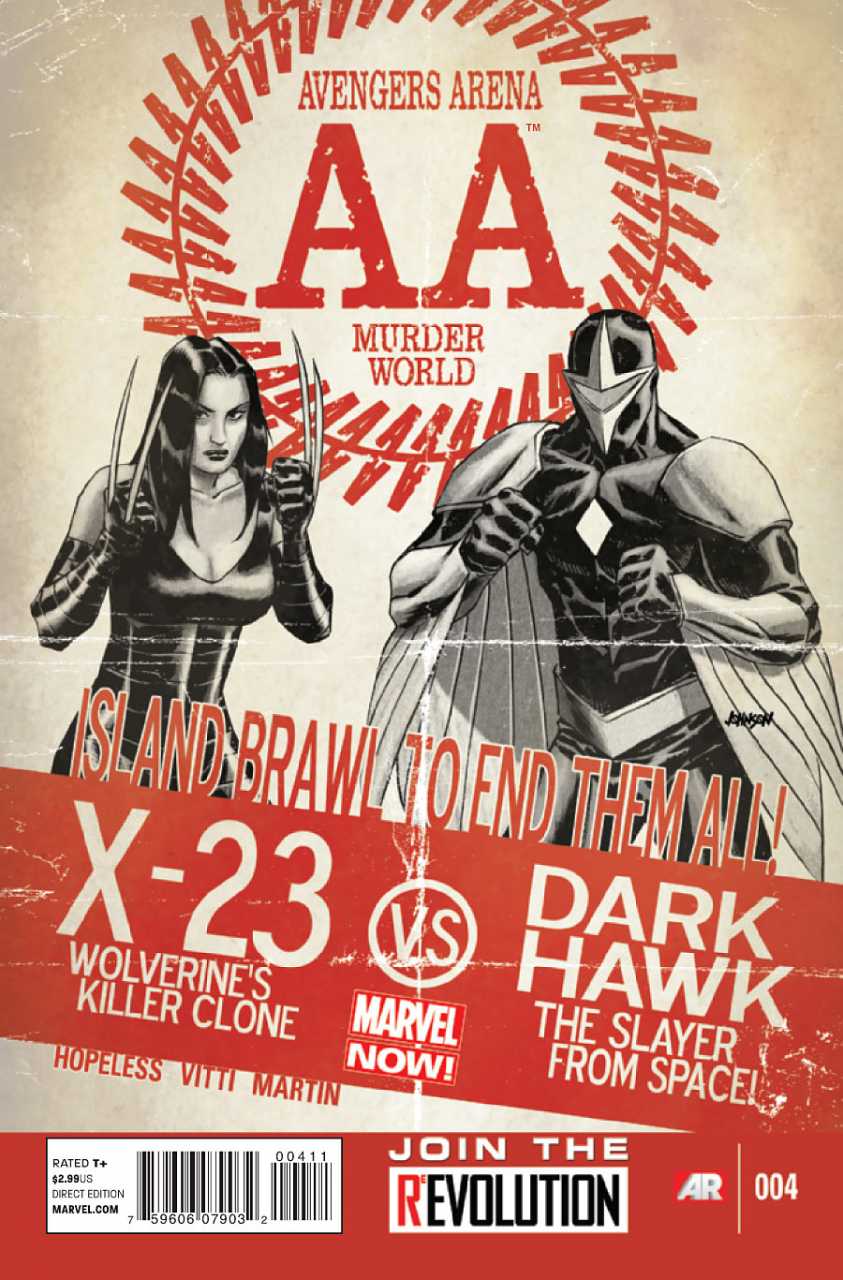 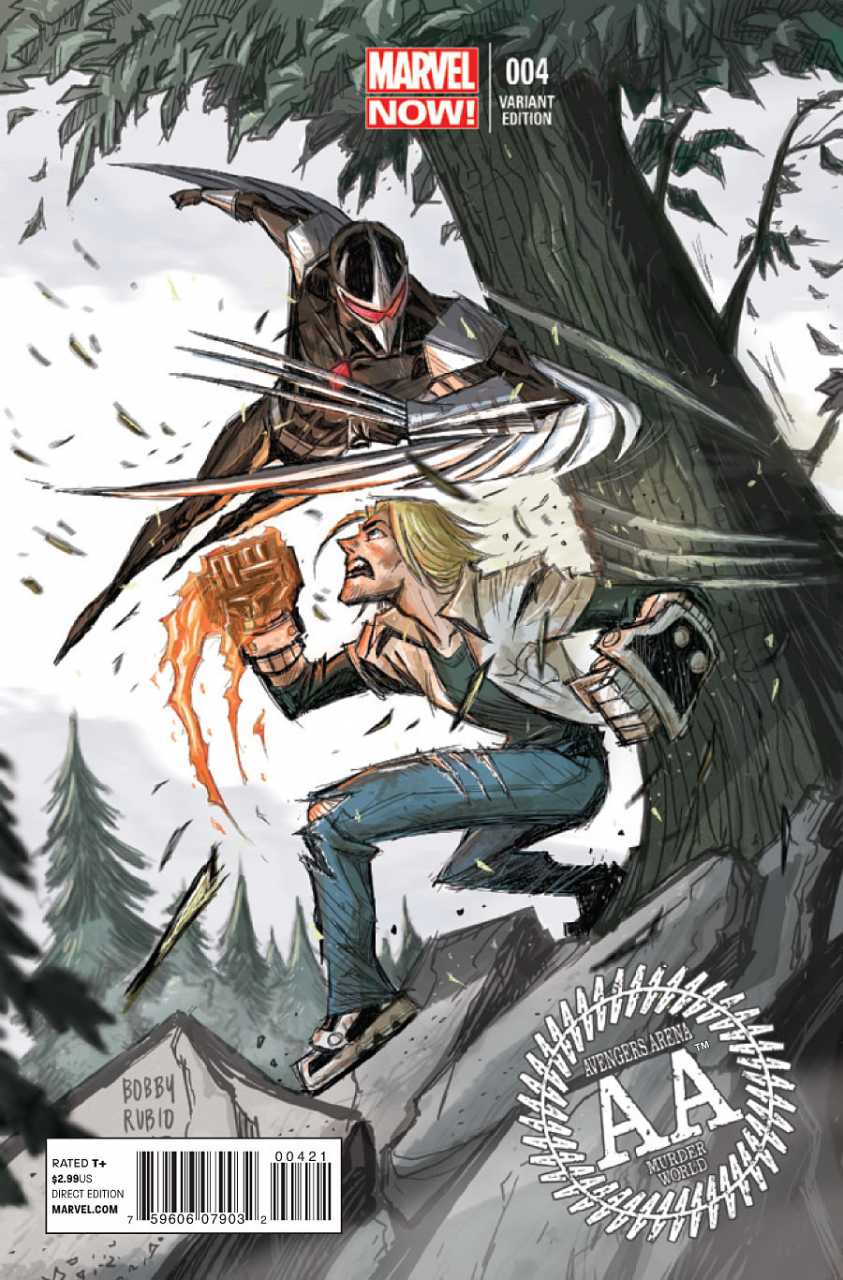