Now I haven't been reviewing this series, and don't actually get the series straight away, with a friend allowing me to read theirs when it's first out. I have however decided to review this series, as well New Avengers throughout Infinity.

The Galactic Council get a new member in the form of Skrull leader, Kl'rt, and the Avengers take the fight to the Builders.

This was a brilliant issue, and although it wasn't quite perfect, it was amazing tie-in issue, and extremely enjoyable to read. Jonathan Hickman did a great job of continuing from where Infinity #1 left off, as although it may be awkward for anyone following the Avengers series, who hasn't been reading Infinity to get into, it was still very well handled. I also loved how Hickman managed to give a exciting, and interesting issue, which follows on from Infinity, without affecting the main story too much, as although it's following on from the events in that series, it's became it's own unique side story. I also loved the pacing of this issue, and how it had plenty of suspense, and drama.

The art on this issue was simply outstanding, and Leinil Francis Yu did a spectacular job. The detail was simply amazing, as with everything that's going on in these panels you'd expect a bit of sloppiness, or inconsistency from most artists, but Yu proves why he's one of the best artist in the business today. The depth to his layouts were also sensational, adding great drama, and tone to the issue. I also loved the way he drew all the characters, with them all looking amazing, also showing great facial expressions. The action was also brilliantly handled, being very explosive, and exciting, also giving more tone, and with Yu working on the art for at least the rest of Infinity I'll be looking forward to every issue from now on.

This issue would focus on the Skrull leader Kl'rt, who is better known as the Super-Skrull, showing him coming to the Galactic Council, and telling of his encounter with the Builders. It's always nice to see Kl'rt make an appearance, and this time was no different, as his tale was both exciting, and dramatic. It was also interesting to see for the first time a weakness in the Builders, as although they appear to still have an upper hand, this would show that they aren't invincible.

Besides this it was nice to see the Galactic Council involved, as with the threat of the universe on the line, it is natural for them to get involved, and following their appearance in Guardians of the Galaxy it's nice to see them feature in this great cosmic event. I also felt that Hickman handled the characters perfectly, and I loved the professional attitude that came from the Council, as despite Kl'rt's tale, they were still wary of fighting the Builders.

Now with all this going on it didn't give a lot of time for the Avengers to get involved, but they wouldn't be left out, it is shown that Captain America's group of Avengers that headed into space at the end of Infinity #1 have arrived at the Council as well. Now I won't go into any details about what the Avengers do in this issue, as it'd give away major plot details, and I like to avoid spoilers as much as possible. I will however say that they had an exciting, and dramatic role in the issue, and considering what they actually did in this issue, I very much look forward to the next part of Infinity, as well as both the next issue of this series, and the New Avengers tie-ins, as this series has seriously got exciting.

This was an amazing issue, and one of the best tie-in issues that I've read tie-in wise. It is however not a great issue for anyone who isn't following Infinity, as although it is exciting, and entertaining, it may be a bit confusing. Due to this I'll be lowering the rating slightly, having wanted to give it the full five stars. I would however highly recommend it to anyone who has been following Infinity, but unless you are considering getting Infinity it's probably best to leave this issue alone.

Other reviews for Avengers #18 - Avengers Universe I

Battle of the corridor. 0

Shorter review because there isn’t as much to talk about with this one.This is currently one of my favourite series, and one of the best Avengers series currently out. With Infinity I expected great things from both the main series, New Avengers and of course this series, and I was particularly interested in how each of the two Avengers series would fit into the event, as these are fairly crucial apparently to the main story.PlotThe Skrulls attend the meeting of the council of Worlds after they... 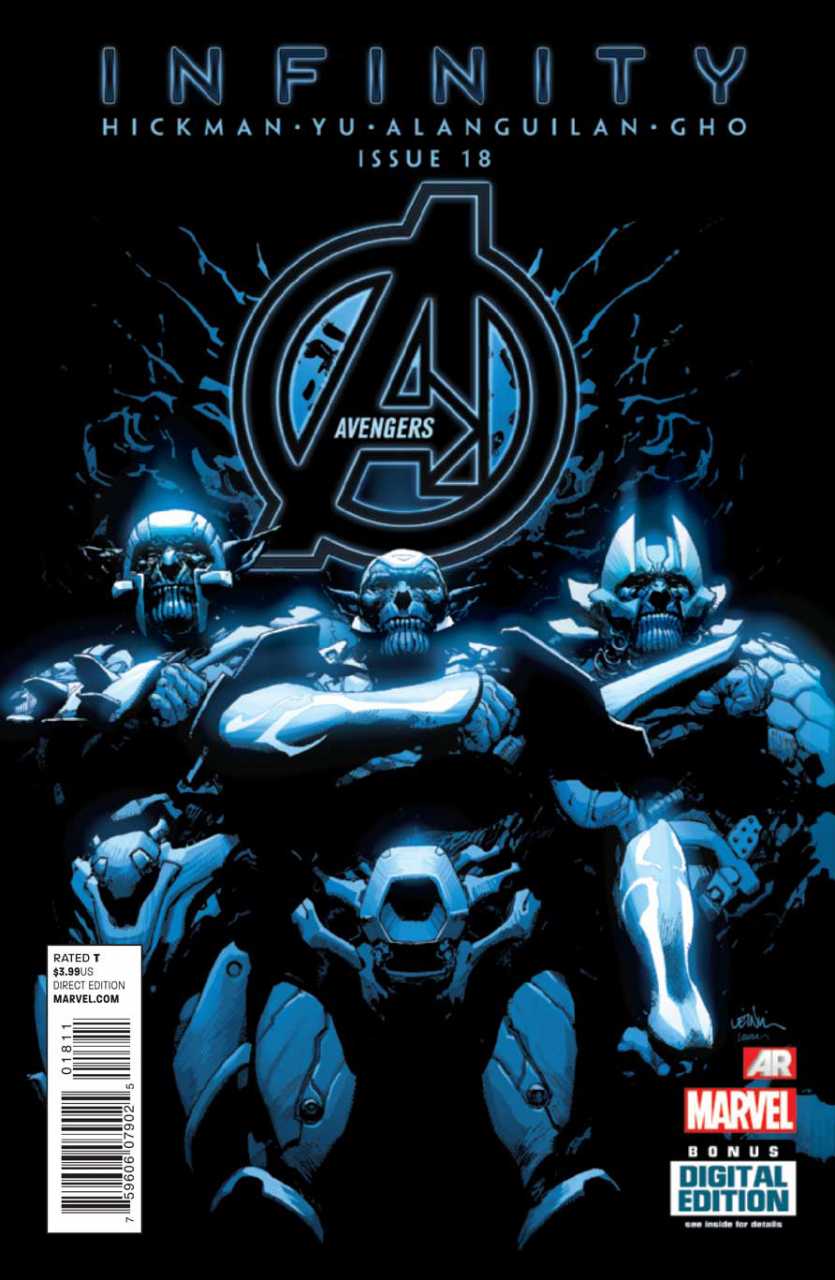 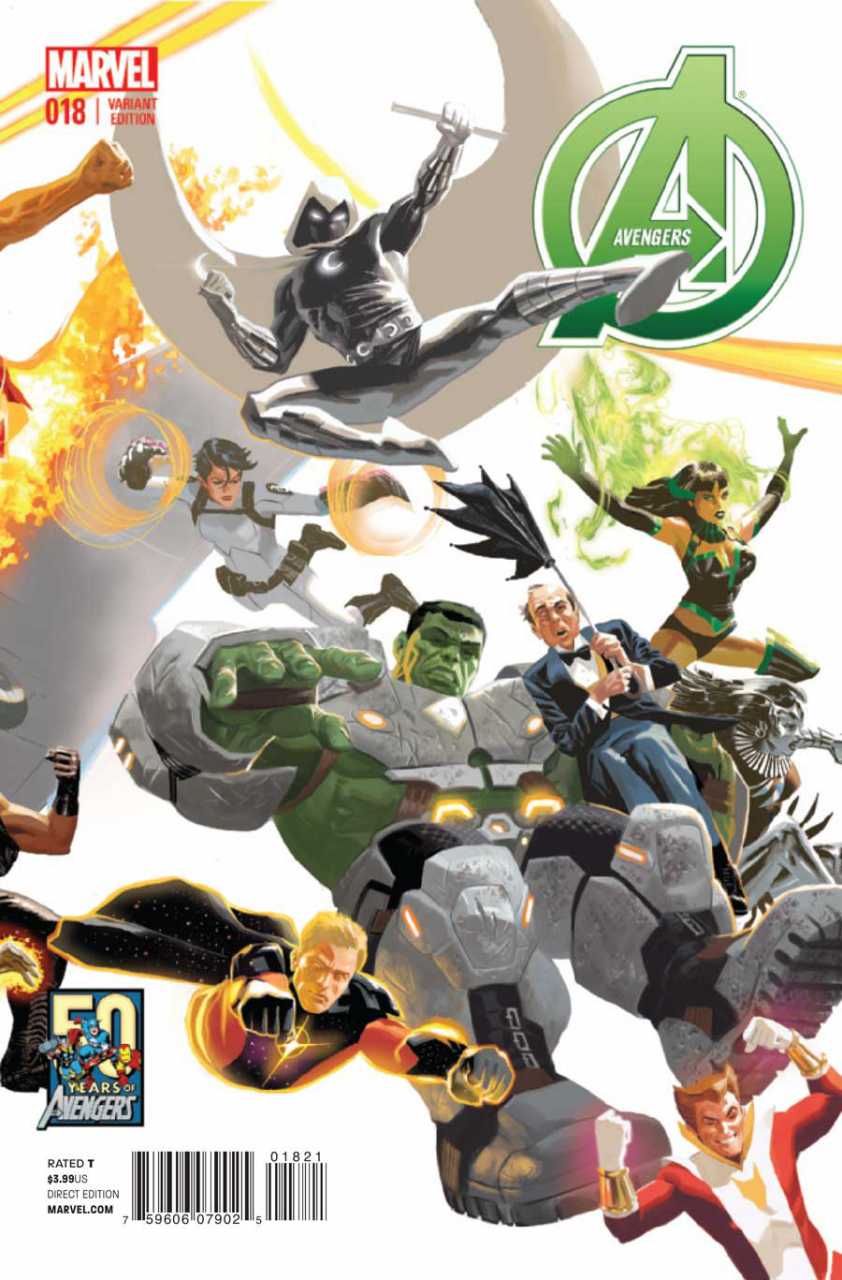