This is where we present to you, the other best stuff besides the best covers, best story arcs, and best lawn sprinkler system.

There may be some teeny tiny spoilers below.

Odin and Freyja have cranked up their weaponry in their battle against the Evil Loki and his army. Check out how shiny those bullet casings are.

Best "Too Much Information" Tidbit About Odin

Things have been a little tense between Odin and his wife. Basically Freyja has kind of had enough of the guy. During the battle, she makes a little comment that goes unheard by Odin. It's stuff like this you don't really want to think about.

Daredevil and Kingpin don't get along. Matt had to go to Kingpin and gives us an interesting description on how Kingpin came about.

During their conversation, Kingpin takes Matt into a room where he has an art collection. Obviously Matt can't really see what's on the paintings or just isn't focusing on any paint and brush marks. Looks like Kingpin's maybe a little obsessed?

There's a new Batman in town, in case you haven't heard. Batgirl has her first run in with him and asks that infamous question.

Best Response to Jim Gordon's Decision to Shave his Mustache

Jim Gordon has gone through some changes. Barbara sees them for the first time and says what we're all kind of thinking.

Best Use of a Fake Mustache

We know life in Metropolis is pretty hectic and people don't have time to focus on the little things. When Clark and Jimmy are unaware of who the bad guy they're investigating is, leave it to Lois to point out he was hiding his true identity behind a simple fake mustache.

Best Example of How Super Superman is

Superman is, simply put, a hero. It doesn't matter who you are, he will do whatever he can to save you. Even if you try shooting him in the face.

Some people have bad breath. Maybe they don't realize it or can't help it. We do find out why Devil Dinosaur has bad breath.

SONS OF THE DEVIL #2

Most Interesting Example of Something that Weights 12 Pounds

Travis is moving in with his girlfriend. We find out a little too much about his bowel movements.

The latest issue of GRAYSON starts a new arc and direction. It also recalls a moment from the very first issue. It's interesting to see the different perspective on the scene as it plays out.

Dick Grayson is about to go undercover. He has to dress up to blend in. He asks a simple question but it could be taken a different way. Of course we know the answer but...

The Punisher is out trying to do as much as he can before the world ends. He has some bad guys in sight and causally walks up and punts a grenade at them.

We probably shouldn't show you the results, right? We should try to refrain from showing too much violence, right?

Oh, what the heck. Here's what happened next.

We all know there's some sketchy places in Gotham City. But what about the Powers Corporation?

Sure it's from the first Fight Club. But there's a reason it's said here. It's a little different but not really if you really think about it.

Earth is in a bad place. At least, this domain is. A Nova Corps member returns to help her family out. The only is to make them part of the Corps. What about the family dog?

She gets to join them too!

Okay, it's not really a new color. It's more of a combination of two. But Guy Gardner shows up with not one, but two power rings. Ho, ho, ho, indeed.

THE LEGACY OF LUTHER STRODE #2

Luther and Petra are forced to work with someone they don't care for. Petra has no problem showing how she really feels.

Best "Thanks Obama" Use in a Comic This Week

I have to admit, I didn't think I'd actually see a mention of Obama like this in a comic.

Best Multiple Failed Attempts With the Same Pick Up Line

I guess Johnny Storm doesn't know when to give up. Has this line ever worked? He even tried using it in the present with pretty much the same results.

That's it this week. Let us know in the comments below what other Best Stuff you dug this past week. Thanks to @DJFanco and @RyanYoushockMe for their suggestions. If you want to participate or felt we missed some other Best Stuff, you can @reply me on Twitter at @GManFromHeck by Saturdays using the hashtag #BestStuffInComics. We'll give you a shout out and I'll think you're pretty groovy.

Be sure to always look for the best stuff and always be sure to be careful when and how you use that finger magic trick.

Always love these articles. Keep doing what you do.

My favorites: Odin and Freyja

The new Lantern Costume ( I didn't know you could weild two rings?)

In the Superman disguise one, did Lois admit the bit where fake glasses fooled her for so long? or was she just taking out some frustration on the two detective-genius'? 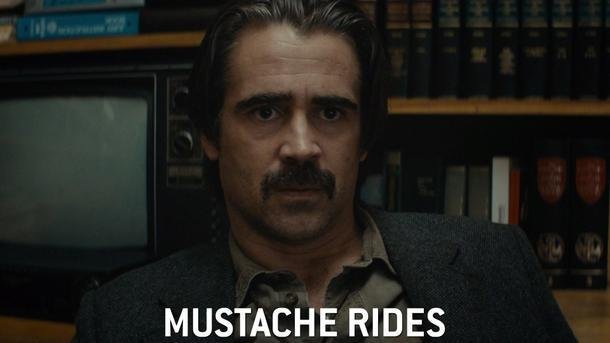 @citizenjp: And has the best nose in business for criminals.

My first thought when I saw Dick all dressed up was "Is that Archer?"

This week's Howard the Duck was one of the funniest comics Marvel has put out in a very long time.

That Punisher issue was all kinds of awesome

This week's Howard the Duck was one of the funniest comics Marvel has put out in a very long time.

anyone fancy telling me what comic the Secret War panels are from? the ones with Johnny

OK, I don't know if it's ridiculous or not since Green Lantern and other corps (Nova's inspiration) had animal members, especially Dexstarr. But it's post apocalyptic and dark story but it's also in a lovechild-world of Game of Thrones and Disneyland.

This art is amazing, if Dick does become gay he could bet the Bruce Wayne of the LGBT crowd.

Also Whats the explanation behind how no one knows who he is after his public unmasking?

Christmas Lantern!!! And I happen to know a lot of magic finger tricks too ohohohoho

Lol, so many mustaches (or lack of mustaches).

@jonny_anonymous: Punisher, "Best use of a tire for an interrogation".

Seriously :'D my body is aching i'm laughing so hard!!

If you want to participate or felt we missed some other Best Stuff, you can @reply me on Twitter at @GManFromHeck by Saturdays using the hashtag #BestStuffInComics.

Damn. Freyja clowned the hell out of the All Father.

My favorites: Odin and Freyja

@justice_teen:the world knows he is dead

@justice_teen:the world knows he is dead

Still you can look at him and tell that's him and he faked his death.

@justice_teen: Have you read Grayson? As an agent of spyral they are implanted with hypnos thats why nobody can know him.

@justice_teen: Have you read Grayson? As an agent of spyral they are implanted with hypnos thats why nobody can know him.

No I was never a nightwing fan. I was just curious as to what was done so no one could tell it was him.Is there an image online that shows how people see him.