ultimatepower6's Aquaman: Rebirth #1 - The Drowning Prologue: After the Deluge review

As somebody who has liked the Aquaman character in iterations such as cartoons and guest appearances in comics, but has yet to read an issue from his own title, I wasn't exactly sure what I was expecting from this special Rebirth issue of Aquaman. Upon first reading it I thought it was okay, it set up the tone of the series and introduced Aquaman as a guy who can hold his own instead of chatting with fish, but it was the second time when I read this issue that I started to see just how good this set up story was.

This issue is a prologue to the upcoming Aquaman #1 and with that in mind I was surprised with how much this prologue accomplishes. In a short time you learn about who Aquaman is, how Atlanteans feel about him while explaining certain hierarchies of Atlantis. You see how "surface-dwellers" see Aquaman as, and how a few Atlanteans feel about that. This issue really shows you what it's like for Arthur to live in two worlds, where one treats you like a king, and the other treats you as a joke, and yet he loves them both. He's trying to bridge his two worlds into peace, with the help of his love, Mera, and friends. There are as many political moves used in this issue as action scenes. Everything is balanced, and as a reader you get to look at Aquaman and where he stands from many different points of view.

Not only is Aquaman done well, but so are all the other characters. The antagonist of this issue are the "Deluge" which helps the reader see a different side of Atlanteans. We see that Arthur can't be everywhere in the ocean to protect people, and has to prioritize who he helps. Atlanteans don't care about surface-dwellers, but Aquaman does. And through that thought process more is revealed about Atlantean class systems as well as how dangerous of a position Aquaman is in as a political face for a nation. His love of his life, Mera, represents his love. You can see that she tries her hardest to please him, and will sacrifice anything to help him. From scenes of her helping him bridge his land-dweller initiative, or something simple as eating in a restaurant. At times you can tell that she's doing this for him, and is hiding back her distaste. These small character moments are sprinkled throughout this issue, and that makes this even more enjoyable as you get new layers the more you read it.

Eaton and Jimenez are fantastic on art. I really felt like I was under the sea at times, and the water fights that they create, with the edition of some out of this world sea creatures are just spectacular. As much as Abnett was the main draw to this book for me, these artists are what will inevitably make me want to keep picking this series up two weeks at a time. One of the most tedious aspects of working on an Aquaman title that I can think of is drawing the air bubbles that go with movement, and I just can't help but think that water was nailed so right in this issue, and I can safely say that air bubbles have never looked more calming.

Overall, Aquaman Rebirth #1 brings a lot to the table that I wasn't expecting, while providing a clear direction for the series to new and old fans a like. It may feel more like a recap to fans who have experienced Aquaman before, but I think this issue really shines with the little moments that are planted in the panels. I definitely had to read this twice to fully appreciate what it was going for, but when I did get there this issue ran on all cylinders for me and at the end of the day I read a wonderful set up story that made me excited to add another DC title to my pull list.

Other reviews for Aquaman: Rebirth #1 - The Drowning Prologue: After the Deluge

Aquaman: Rebirth #1 is a nice issue that serves as a prologue for Dan Abnett's upcoming story that begins in Aquaman #1. Unlike many of the other Rebirth issues that I've read so far, Aquaman Rebirth #1 excels in telling a good story that bridges the series to its Rebirth launch while being very beginner friendly. This is the type of comic that I could recommend to someone who didn't know anything about Aquaman and be confident that they would be given most of the necessary information needed ab...

Aquaman: Rebirth #1 - The Drowning Prologue: After the Deluge by comicbufftoughstuff on June 10, 2016

I have been reading Aquaman faithfully since the start of the new 52. I own all the issues and I loved what Geoff Johns did for the character. Recently though, the stories have been weaker. Especially the Cullen Bunn arc, which was honestly really terrible and I hated it so much. When Dan Abnett came on to the series I was really happy with what he did. He took the character back to the status quo Geoff Johns and Jeff Parker had established. Now, I'm interested in seeing where Abnett takes Aquam... 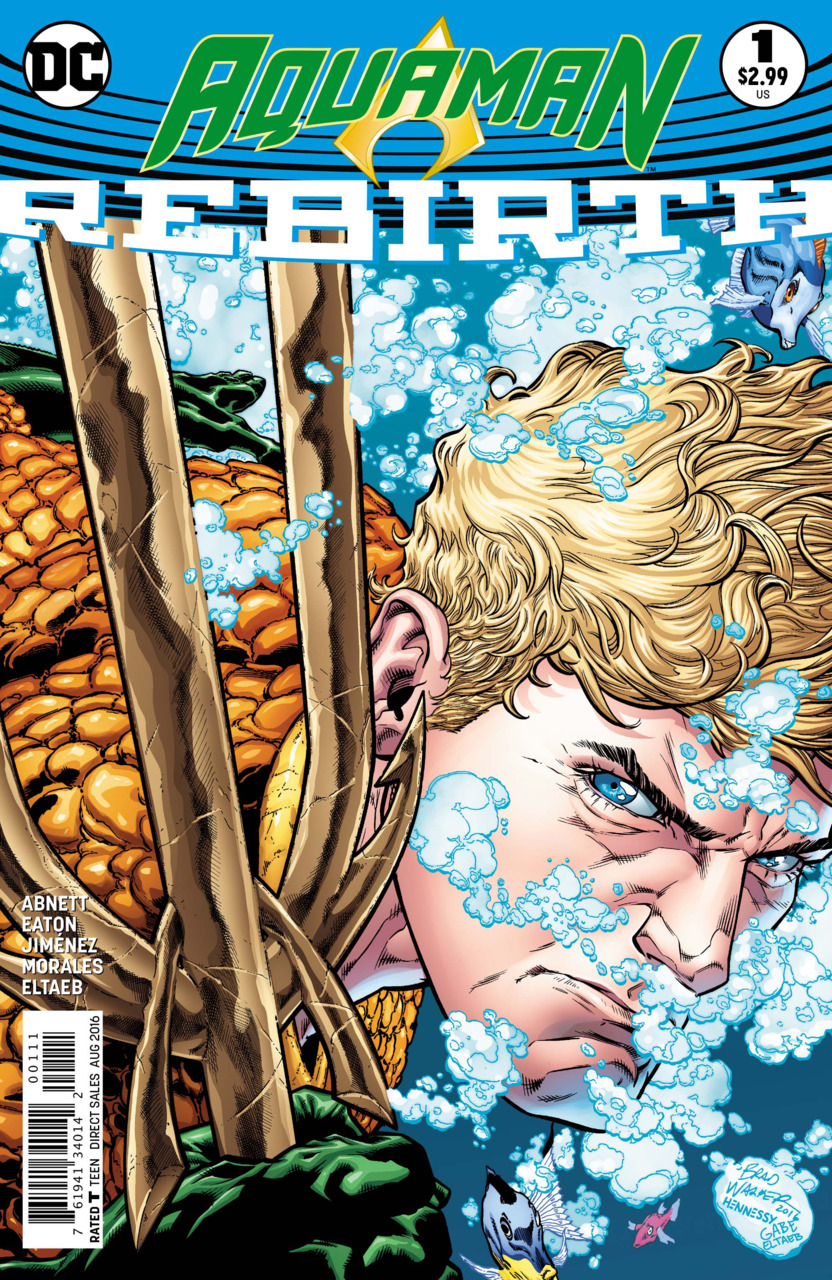 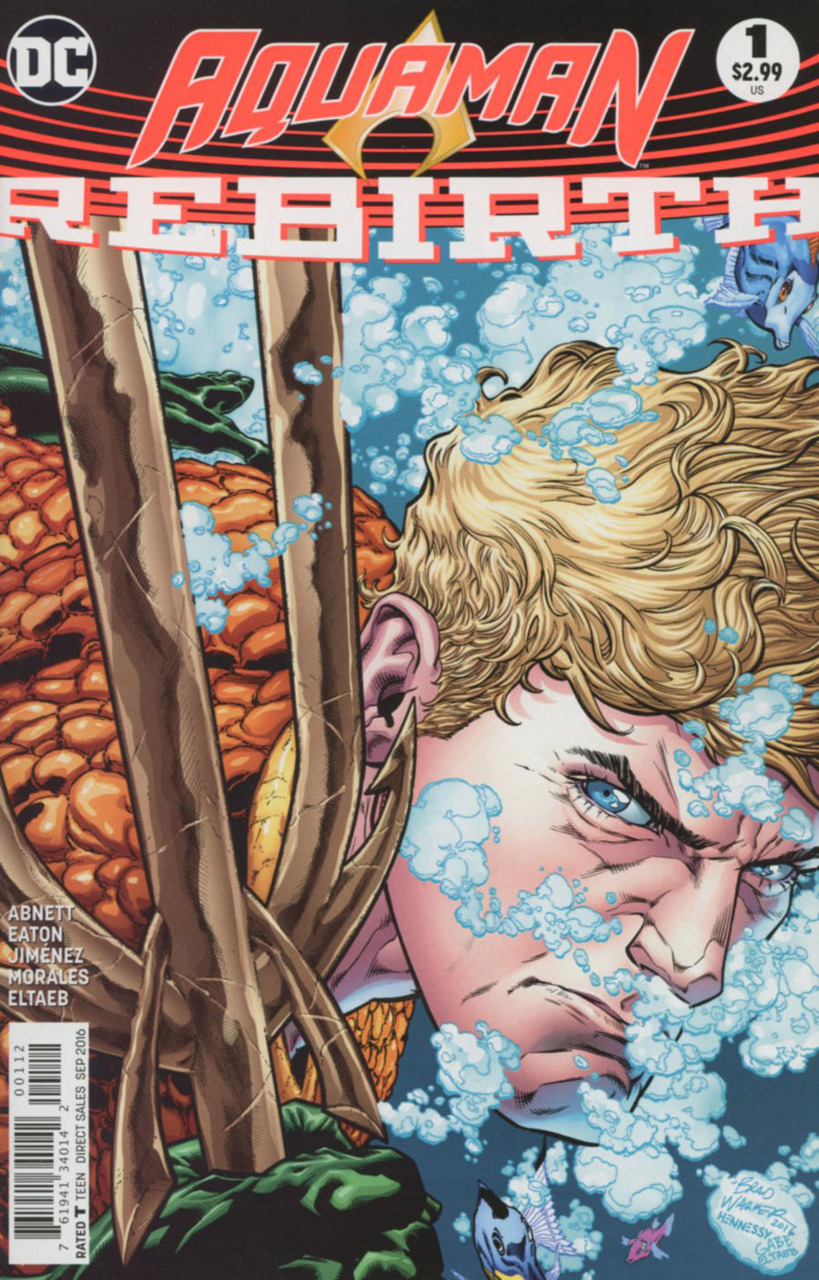 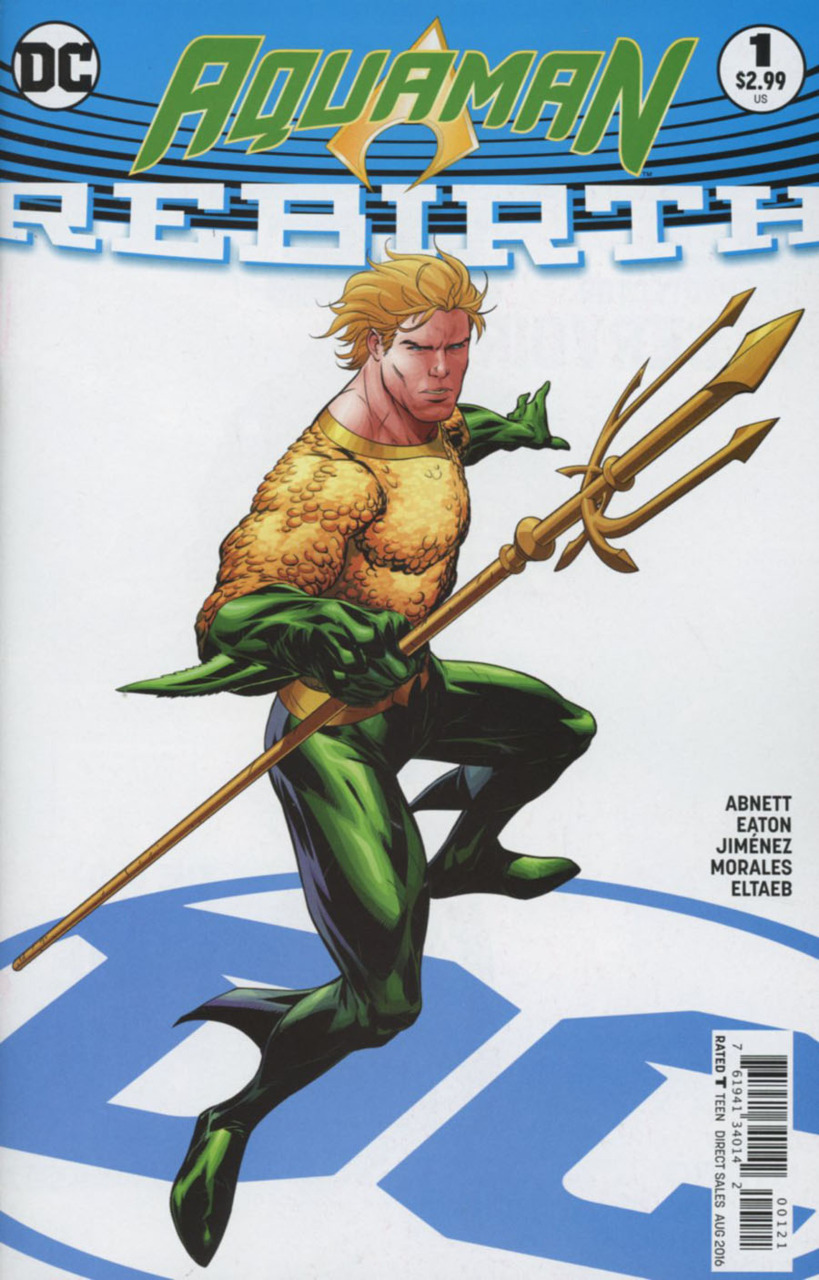