This review of the villains month issue comes about 4 years after it's initial release.

After meeting Ocean Master (Orm) in the gripping "Throne of Atlantis" arc, DC left any fans of his sort of out to dry. Having Orm imprisoned on the surface world for merely defending his aquatic kingdom left me ,personally, and i'm sure other sympathizers as well, wondering what was next for the king who left audiences questioning whether or not he deserves the title of villain. In his own issue during villain's month however, Orm has the spotlight and although it answers many questions about the character, I can assure you that it leaves many more questions about the character's future in the Aquaman comic series.

In terms of the comic itself, it really is a masterpiece. Although I've only read a handful of the villains month issues, this one was by far the deepest and most revealing. The issue takes Orm into a new light in the eyes of the audience. During and at the end of Throne of Atlantis, Orm was nothing more than a misguided king with a badass (in my opinion) costume, but the character absolutely had potential to grow, and this comic really did surpass the potential and made me as well as others really interested in this character. Orm does get the chance to escape prison, and of course heads right for the ocean, but along the way his true nature is revealed, but even then it is hard to label Orm in terms of evil or good. He is depicted committing rather disturbing acts in this issue on his way to the ocean, but the writer's did an expert job at having the audience still question what drives him, is he really evil or just different? These questions are still left unanswered, especially after the very last page of the comic (hint hint).

Overall, this issue leaves audiences with a character who although most certainly is no hero, cannot flat out be labelled a villain either, creating one of the few comic book characters that are in sort of a grey area and are not just black and white. Personally I think these are the best types of characters and DC has the potential to make some great stories with him and Aquaman which brings me to my final point about this issue. Four years after creating a decent fan base for Ocean Master, initiating intrigue with Throne of Atlantis, and more than solidifying that interest with an masterful solo comic, and he has not really been a serious part of any story arc. This is the reason for this review not getting five stars, because they do such a good job at creating this character and yet they have completely ignored him for 4 years now, I understand he can't be the villain in every arc, but Ocean Master is unique in that they can easily put him in a position to aid Aquaman and be included in the story, satisfying his fans and then possibly have him return to a more antagonistic role, for I will admit he is not a hero. In the end, I am very pleased that DC created such a deep and affecting character, but more that disappointed with their lack of realization in this, and their perpetual ignoring of one of the only few cool Aquaman characters. I can say that I will not be spending my money on any Aquaman stories that don't include him or Black Manta or maybe an interesting crossover from now on, and after four years i'm still waiting to see if the misguided king can reclaim relevance in comics.

Fish Out of Water 0

Back in my Riddler #1 review, I said that it was the best Villains month comic out there at the time, and now it has been dethroned. Before I opened the first page, I had no interest in Ocean Master aka Orm, he was pretty cool in Throne of Atlantis, but he didn't do anything for me as a villain. However, this thought was soon put to rest once the last page was over, I felt sorry for this man, but at the same time I felt horror that he could be so heartless. This character, who I've had no pr... 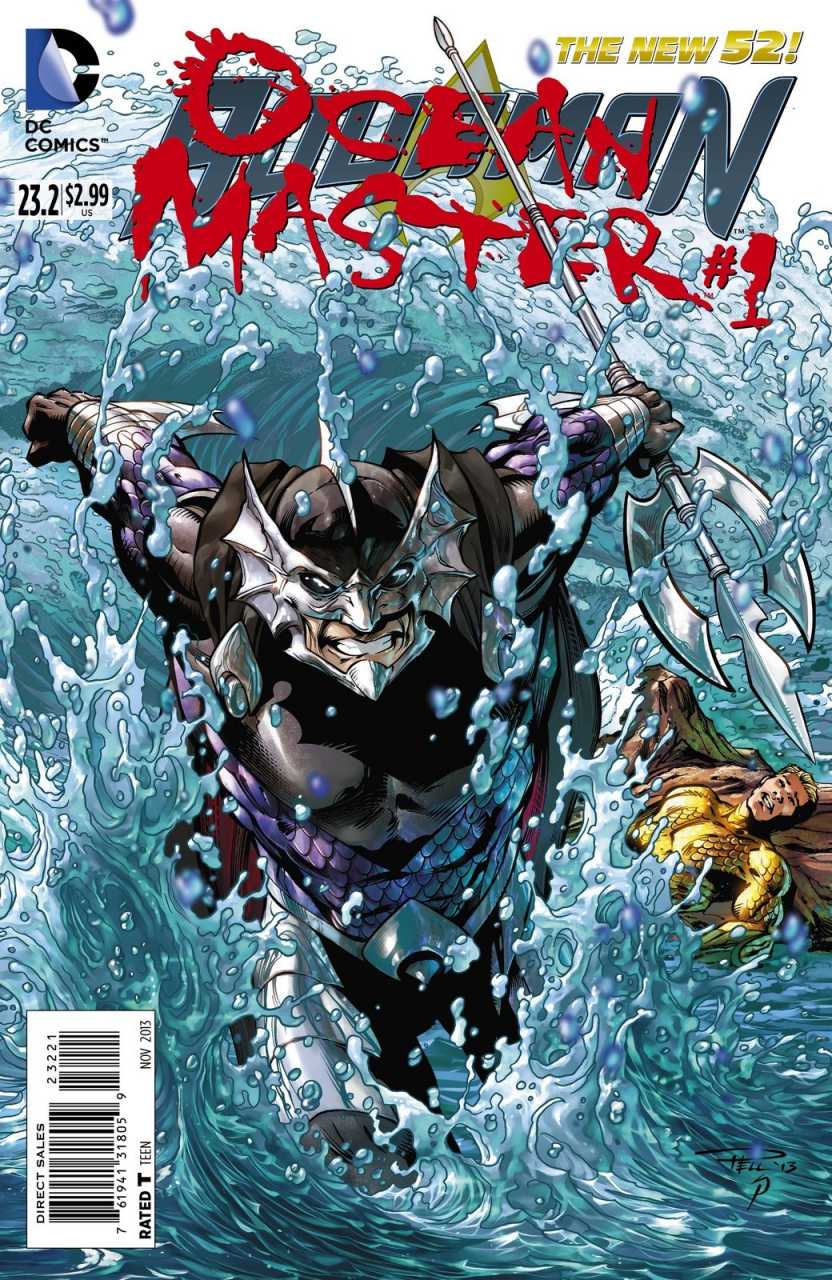