In a hypothetical lottery type system where a winner gets a superpower, one would probably want to sue if they won "Deat

Something tells me Invasion was a real pain to read. Like every damn thing tied into it, ever, though it did have one major development that affected a mildly recent comic. (Talking about Ted Kord's killer) but this book is dealing with the immediate aftermath, I think, or buddy is just randomly in Florida. Either way buddy is in Florida for some reason and the last issue was a Invasion! tie-in.

If this was an Invasion tie-in, people probably felt cheated, because I have no damn clue what this would have to do with Invasion, at all. This issue does have something going for it though, a damn good story, which I won't spoil too much. Buddy is in florida and it's under attack by a super villain trying to go with a bang. See, he got a superpower around that time everyone was getting them randomly (Those silver age one off issues) but he got Death touch, but all he really wanted to do was fly. It's kind of a dark story and if you let yourself care about him it'll get to you.

The art is actually pretty good here. It's detailed but maybe a little awkward looking at times. It displays all the faces in a satisfactory manner, which is quite... satisfactory. It doesn't do much in the way of trying to be unique which isn't really a bad thing, but maybe still worth noting.

All in all, a fantastic issue which I would recommend you read.

Cool to see someone reviewing classic Animal Man. I'm guessing by the score it's something worth picking up, right?

Cool to see someone reviewing classic Animal Man. I'm guessing by the score it's something worth picking up, right?

All in all, a fantastic issue which I would recommend you read.

let me know when you get ot the last issue

@fallschirmjager: I've read it already, I just wanted to review this one in particular.

@dagmar_merrill: what did you think?

Didn't really work for me tbh

Didn't really work for me tbh

I enjoyed that too, but I do prefer Morrison's a little more. 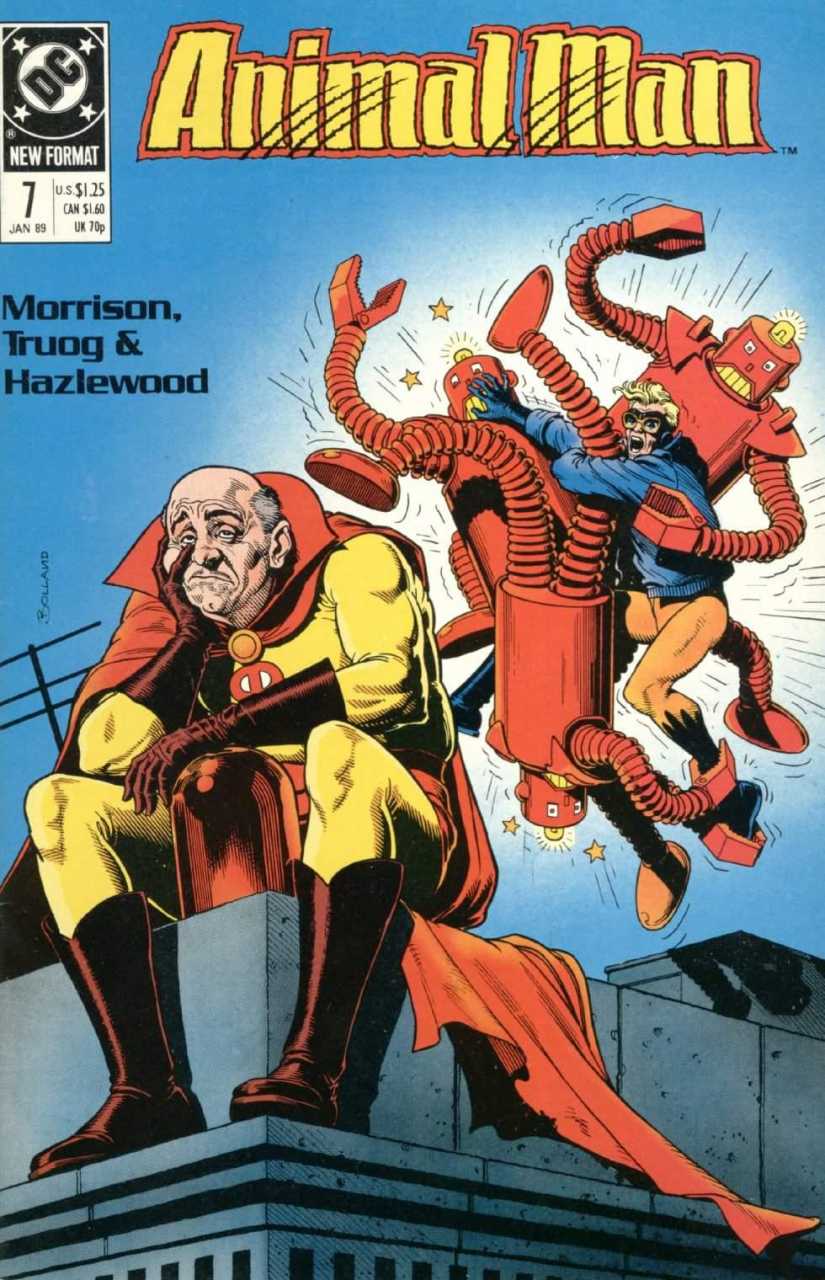