I am completely blown away by the American Vampire covers. Each story arc, each era in American history, is given a different theme, a different tone. And Rafael Albuquerque is able to transition seamlessly through all of them. I thought the Death Race covers were going to be damn near impossible to beat, and while I had no qualms with it, the first Blacklist cover wasn't up to that challenge. But THIS cover.... oh my got. It's got such expressive intensity, the hard-to-read expression on Skinner Sweet, as outside the window is a faded summary of his life behind him. Given the context of the final page thought, this cover has some excellent details that push it into perfection.

It's hitting me more and more now, but I think what amazes me most about Rafael Albuquerque's art is the way he depicts the vampires in various states of emotion. It's often hard to tell if vampires are simply being expressive, or letting their vampire features display ever so slightly. It really helps the emotion reach a higher level of intensity at all the right moments.

Most of this issue is exactly what it should be, simply carrying along with the first name on The Blacklist. The tale perfectly with the social paranoia of the time, in both the protagonists' methods, and the tone of the story. In fact, overall there's tons of amazing synchronization between dialogue and story. Little things that don't always register right away. When Wells White is telling Skinner Sweet about the differences in how male and female lions kill, it's a subtle statement on the differences between Skinner and Pearl.

This issue also carries its fair share of revelations. One is something we've been clamoring for, the reason Skinner is working for the Vassals of the Morning Star. It's a tad underwhelming, but it does help Sweet become even more unpredictable. What is his endgame? I don't fully trust the final page's revelation, I'm certain it's not as straghtforward as it seems.

Hands down one of the best issues yet. The Blacklist has a very high chance at being my favorite arc of the main series, while my overall favorite is Survival of the Fittest, with Lord of Nightmares poised to overtake it. But The Blacklist might make a surprise turnaround victory, this issue DEFINITELY demonstrated its potential to do so.

Other reviews for American Vampire #29 - The Blacklist, Part Two of Six 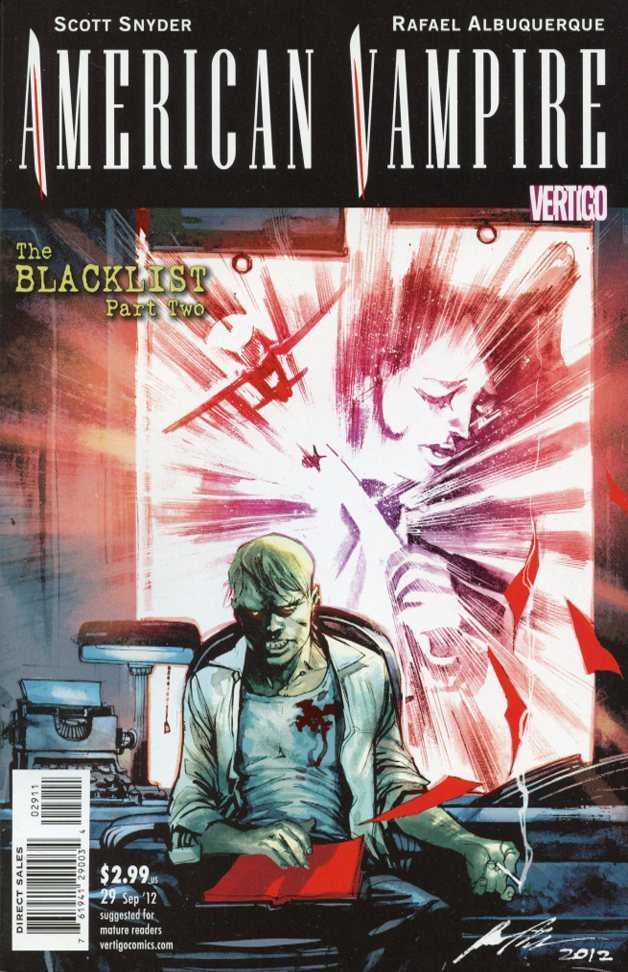 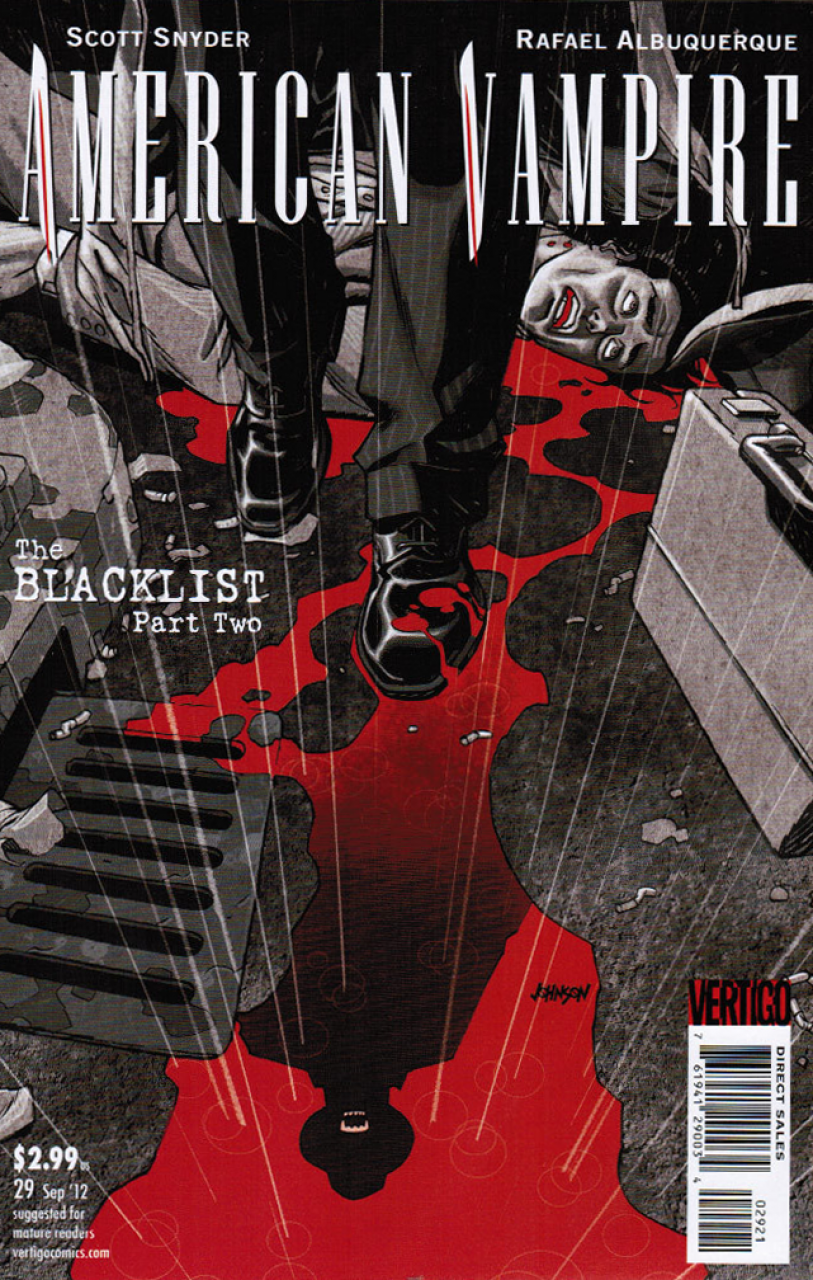