Back in the (Moose) Saddle

As a Canadian, I felt it was my duty to review anything that bears the name Alpha Flight. This month I see if Fear Itself's northern tie-in lives up to the hype.

I have to give Pak and Van Lente props for capturing the spirit of the team without being overly campy or derivative. The election of a new Prime Minister in the book is very covert, but I think it will come to affect the team in a big way. The acts of government they talk about in the book are actually quite accurate to real Canadian policy. I'm really curious to see where this goes.

Marrina is a pretty cool part of this issue because she evokes a very "Aaron Stack in NEXTWave" type of personality. Seeing her wish death on all Earth dwellings and then having Guardian tell her to "be more polite" (as Canadians do) was funny and entertaining.

Northstar's lover got shoved in the refrigerator pretty quickly; his death was meaningless and only served to eliminate any sense of normalcy the mutant had outside of the team. It would have been much more interesting trying to see Northstar try to manage a relationship with a non-mutant.

Not everyone is bilingual, even in Canada; having some word balloons in Canada-French (different from France-French, kiddies) just served to confuse me a little bit. Whatever happened to those "translated from" captions that comics used to have? This can be a bit alienating if you don't have Google Translate handy.

Vindicator shrugging off "Where's the Puck?" questions just seemed a little out of place. Then again, they WERE in the middle of a war with Atlanteans.

Speaking of Attuma: why was he speaking English? I mean, all the other hammer-bearers were speaking in Norse script, and this one isn't? It kind of eliminated a lot of the mystique around them. Also, isn't it a bit weird that his barbarians just happen to follow him into battle? I mean, their leader has been possessed by a foreign entity: wouldn't they be a little skeptical?

This issue frustrated me because I feel like Marvel wasted a whole ".1" issue explaining Alpha Flight to readers, only to have everything be re-established in this one. It felt like they had no confidence that people bought the .1 at all, and just decided to have an "introductory" issue anyway. I'm curious to where they take the whole "Canadian government declares enemies of the state" storyline, and where the betrayal of the Guardian leads.

Other reviews for Alpha Flight #1 - Pride of A Nation

The new Alpha Flight kicks off for real with Fear Itself as a back drop to the Canadian superhero team's return. Greg Pak, Fred Van Lente and Dale Eaglesham give it their all, presenting as solid as a take on the iconic team as anyone could possibly give, but they fall short of selling Alpha Flight's return as anything to get excited about.  It's worth pointing out that I was never an Alpha Flight fan. The idea of a Canadian superhero team was never enough of a hook to interest me. I come into t...

As I said last time I reviewed the 0.1 issue, I'm not great when it comes to knowledge of Alpha Flight, but I know a good story, and that's EXACTLY what Pak and Van Lente are laying out here. We start in the middle of an attack by Attuma, in his Worthy form, wreaking havoc when he's stopped by Alpha Flight, minus Northstar, who's apparently just not down with being a superhero anymore unless his boyfriend begs. But that little annoyance aside, the action comes hot and heavy here, as AF take out ... 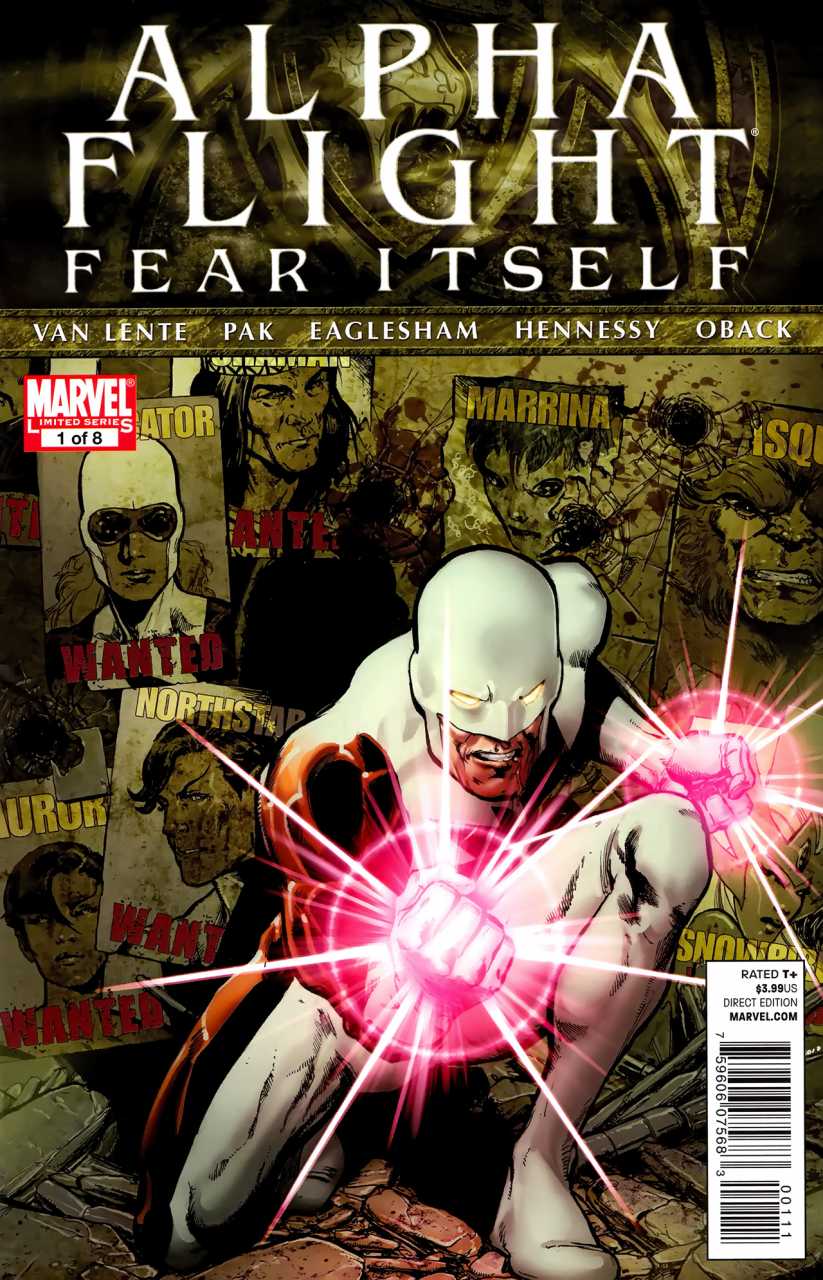 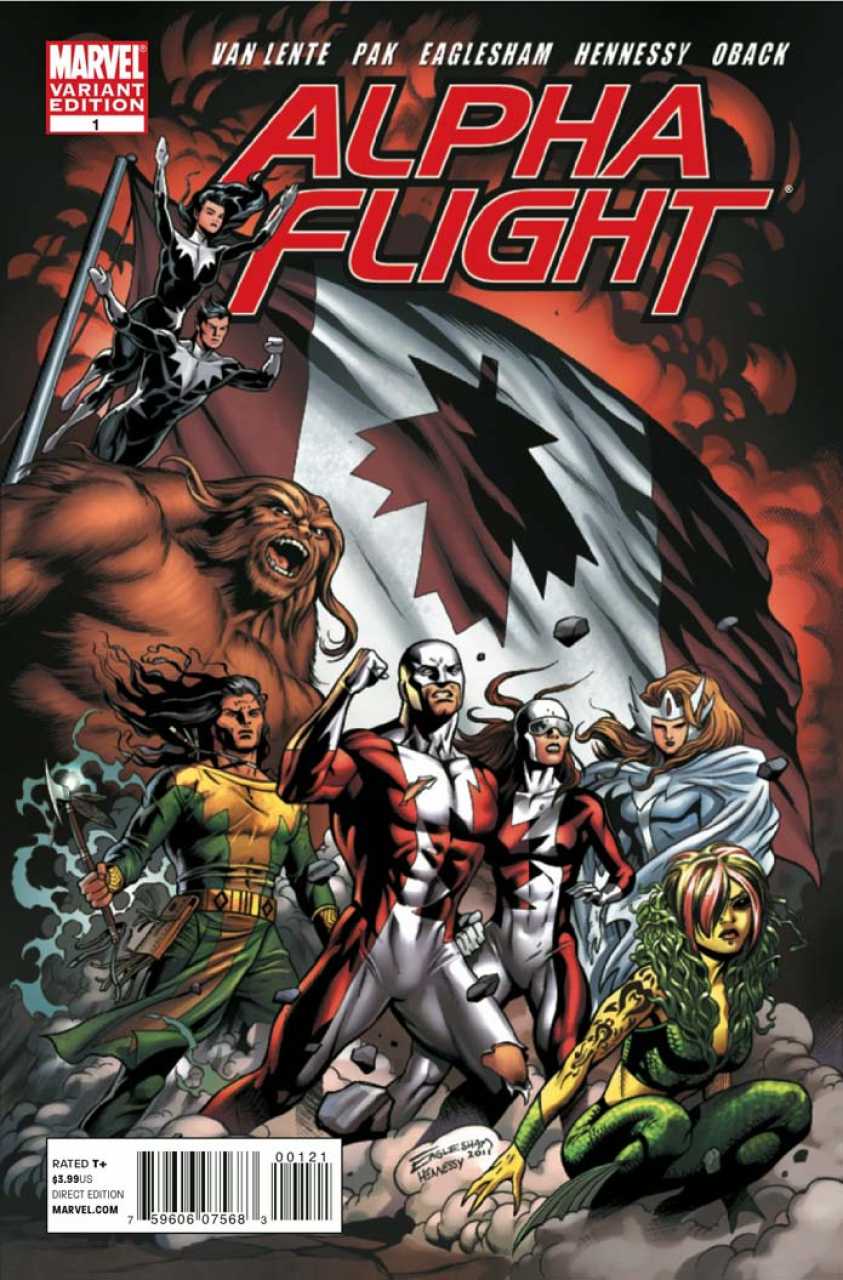