Jean's Future Flashes Before Her Eyes

Although not necessarily the best series in the Marvel NOW! relaunches, it has been the one that I've been most interested in, and the one that I look most forward to reading. Brining the original X-Men to the present has turned out to be the best thing in this series, and it's that that keeps me coming back each issue for more.

This issue sees the younger Beast attempt to save his future self, using Jean Grey's new telepathic powers to allow the future Beast to help him. Meanwhile Cyclops attempts to recruit a mutant that has been expelled from his school after he was revealed to be a mutant.

This was a very good issue, and better than the previous, but still not quite as good as I'd hoped for. Although Brian Michael Bendis has done an excellent job of introducing all these teams to the one series, he hasn't quite managed to fulfil my expectations, and at times I think he's shown good ideas, but not at there full potential. Besides that I have however been enjoying this series, and everything that is happening in it. I've also liked that there are a lot of questions still to be solved, which leaves plenty of room for future stories, and I hope they're not disappointing. I've also thoroughly enjoyed seeing how the younger X-Men have reacted to this future world, and how Bendis has handled that.

Stuart Immonen continues to produce fantastic art, which doesn't disappoint. The detail in his art is excellent, but like last issue, is poor in certain places, and looks rushed. I still think that this is mainly due to the shipping schedule, as with the series coming out basically every two weeks it doesn't give much time for the artist to do as good a job as possible. I hope this isn't a recurring thing, as his art in the first three issues was near perfect, and I'd rather the series came out once a month than continue with these inconsistencies, as it's not fair on Immonen, and it's not fair to the fans. Immonen does however continue showing perfect character emotion, and continues to give us beautiful layouts, especially the double page showing Jean's future flash before her eyes.

This issue mainly focuses on the younger Beast attempting to save his future self. Jean uses her newly acquired telepathic powers so as younger Beast can talk to the present Beast, and get some help. I've been really looking forward to this, ever since it was revealed that Beast may die in the first issue, and it didn't disappoint. It was a brilliant sequence, and I loved that present Beast's mental image of himself is the one most people will know which is the simple blue fur look he's had since the 70's. I liked this as I grew up watching the 90's X-Men Animated series, and that's how he looked in that. It is however interesting that Beast chose this mental form, as there's obviously something he doesn't like about his current form, but isn't that upset with being blue that he reverts to what he looked like when he joined the X-Men. I know that the later would be confusing, as both Beast's would look the same, and although I liked seeing Beast in this form it wasn't really explained why, which was very slightly disappointing.

I've been happy that the last couple of issue have still focused on the new mutants, as that's the biggest thing to come out of Avengers Vs. X-Men. I also liked that despite Cyclops taking some of the responsibility for Benjamin's expulsion, that Benjamin is still not easily persuaded to join Cyclops' school. It was also interesting to learn a bit about what powers Benjamin possesses, and how Cyclops offers to help him with them. It does however feel slightly weird seeing Cyclops offer to help mutants with their powers, especially considering he can't fully control his own any more. It will also be interesting if Benjamin ever becomes a villain, as he appears to have a temper, and a mean side. I don't see the later happening any time soon, if ever, but thought that I'd mention it.

The most interesting thing in this issue was Jean asking Beast from the present to show her how she dies. She lands ups seeing everything that happened in her life, which Beast witnessed, and how she eventually died. This was very interesting as knowing your own death is something a lot of people wouldn't like to know. I was however slightly surprised that Beast had nothing against this, as despite him already potentially messing with the timeline, he's willing to let Jean do the same. At the same time you can't blame Beast for letting her see her future, as he cares for her a lot, and realises that he'd be a hypocrite if he didn't. Seeing her future also leads to Jean making a surprising decision, but I won't spoil that.

This was a brilliant issue, but not quite as good as I'd hoped. I would however highly recommend it, as well as the previous issues in the series, and am looking forward to the next issue.

Other reviews for All-New X-Men #5

First off YES!!!! I did not think I was going to make it to 100 reviews but well here it is thanks to everyone who helped me get to this and recommended my reviews thank you Tomlikesfries, Thanosrules, Haydenclaireheroes, DarkNoldor and Johnkmccubbin thank you so much for recommending my reviews I am very grateful and anyone else who has ever recommended them thank you! Now you’re probably wondering why this is my hundredth review well ever since this issue had been announced I could not wait to...

This series would be screwed without Immonen 0

I never really understood all the hate for Bendis, but I can see some of the reasons why people don't like him that much. He kinda ignores already established ideas, concepts, and characteristics of certain people for the sake of his own storytelling. For example, the scene where Wolverine confronts young Cyclops. Not only does he contemplate actually killing Cyclops, but he does it out loud, with none of the faculty really trying to stop him, and in front of all the students. In fact, there's a... 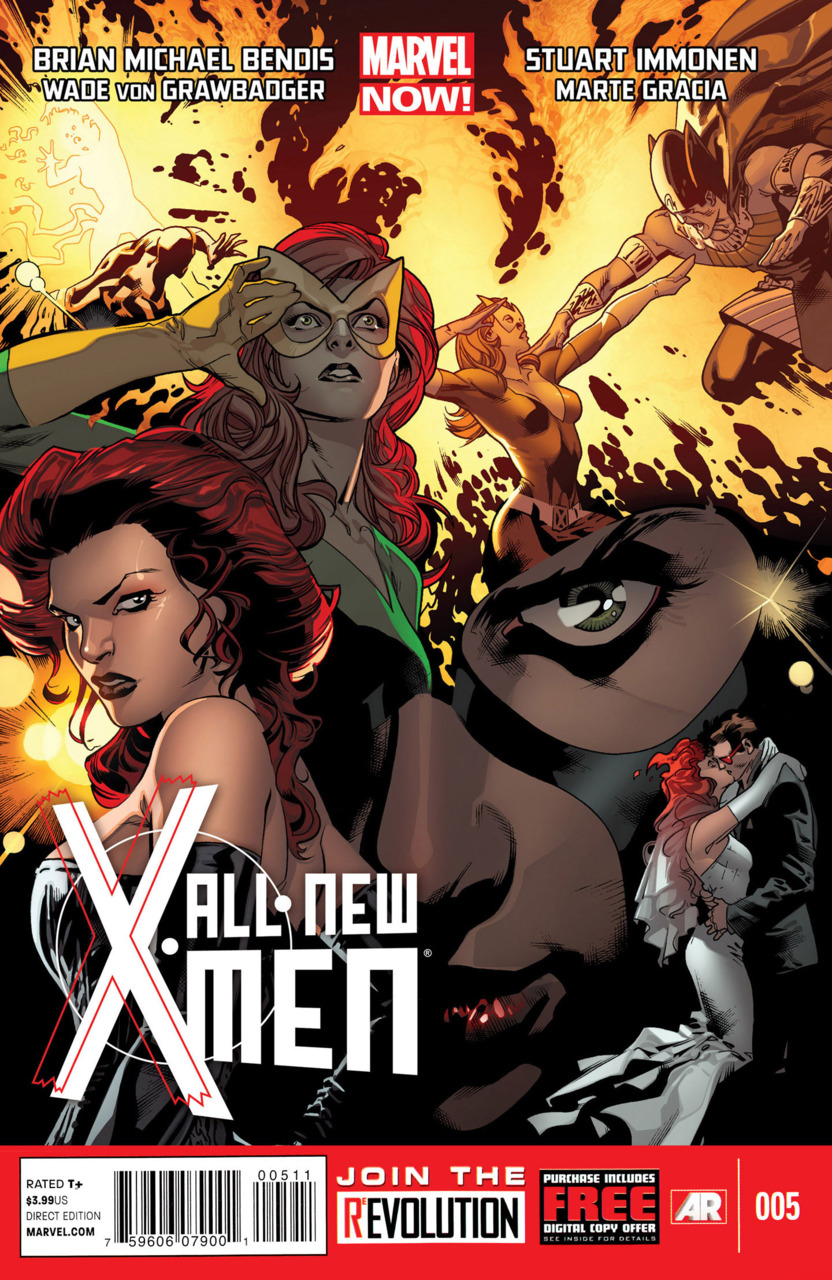 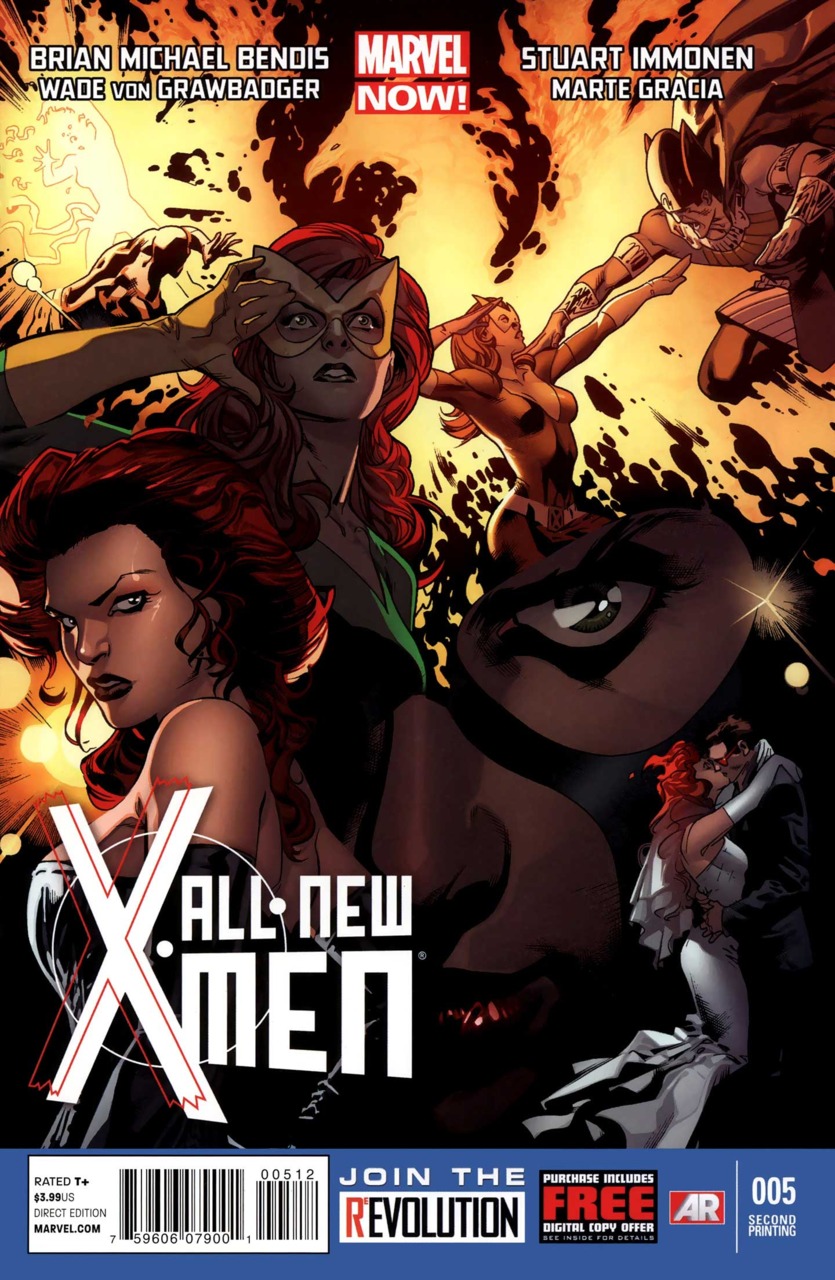 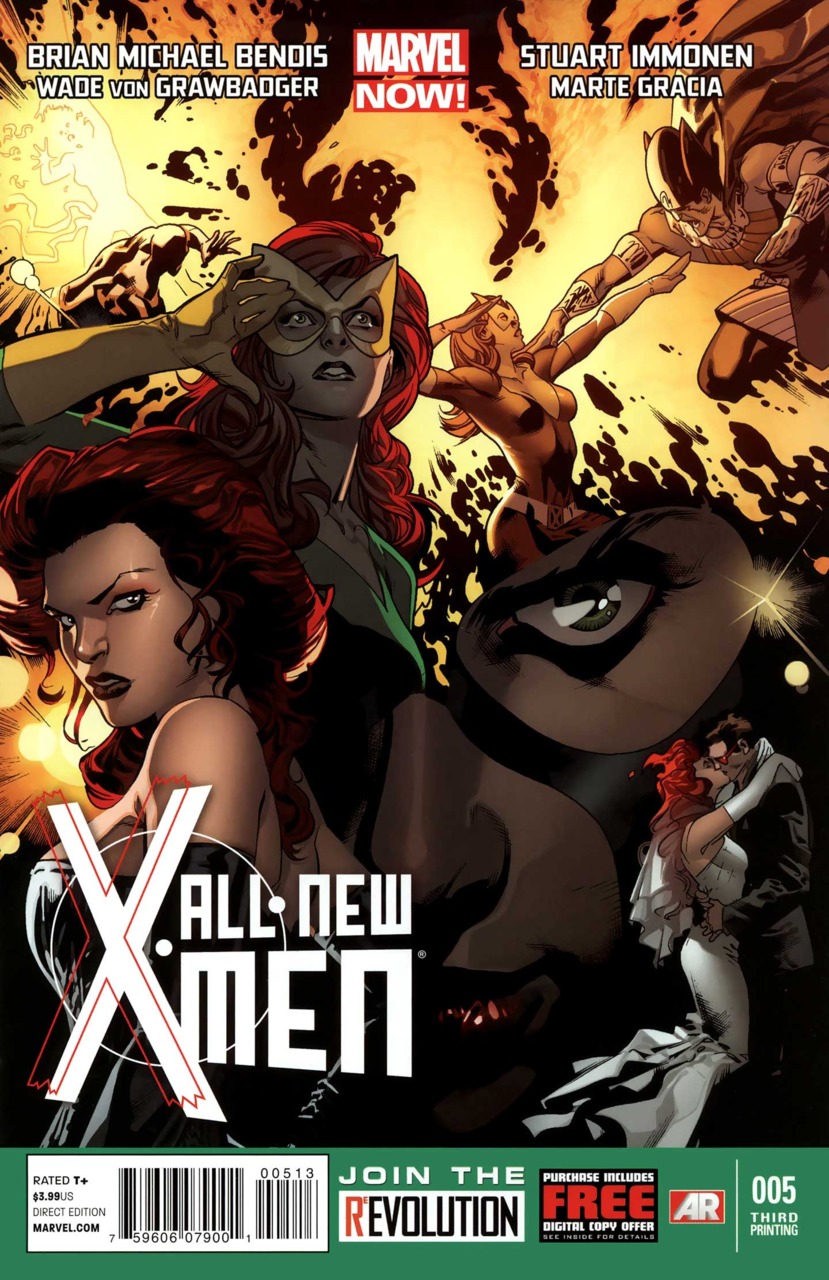 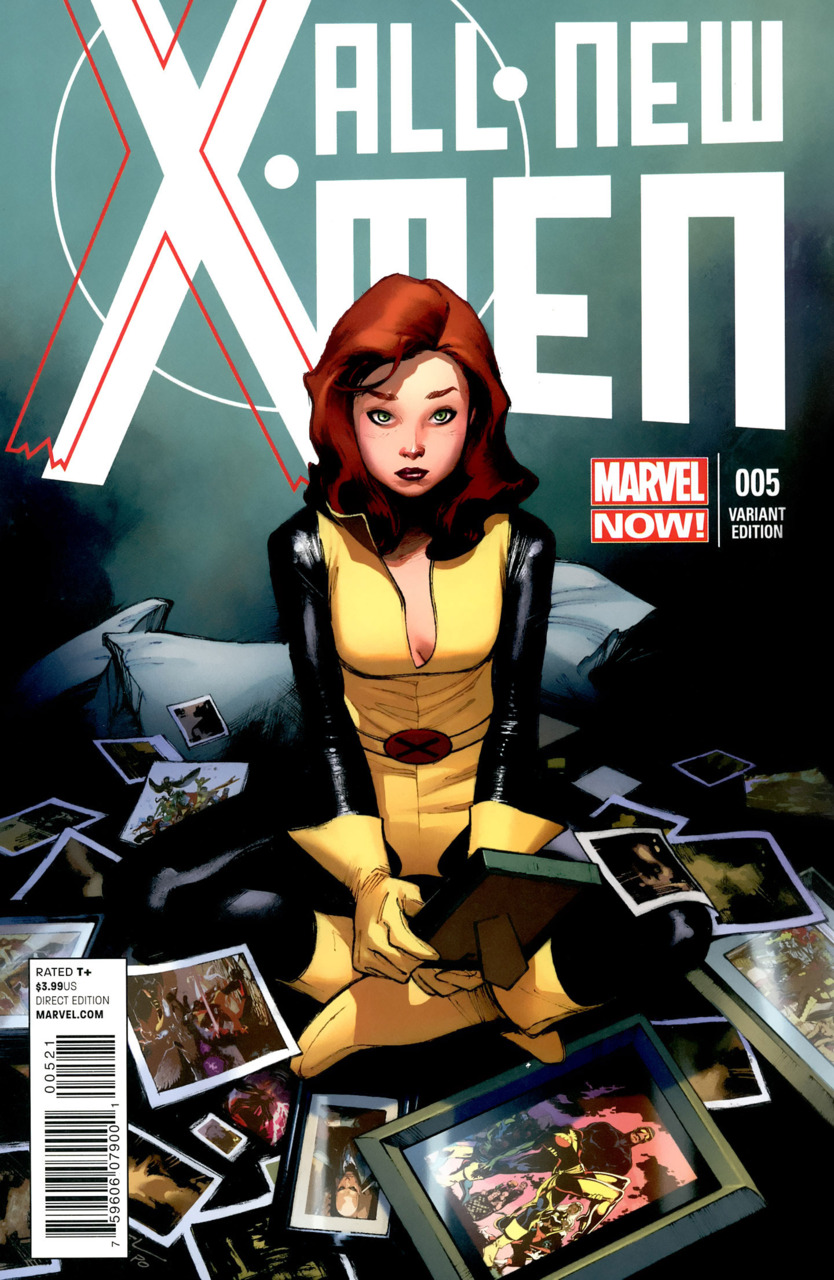