This has been a very enjoyable series so far, and although it hasn't been the best Marvel NOW! series, or the most consistent, it has however been one of the most interesting series', and has the potential to be brilliant. Brian Michael Bendis has done a brilliant job of not just following the Avengers Vs. X-Men storyline very well, but bringing the X-Men teams, who in my opinion were badly affected by the AvX crossover, and making them great again.

This issue sees the original X-Men face Cyclops who thinks that them being there is some kind of trick. Also Jean Grey has a problem dealing with her newly acquired psychic powers, and Cyclops from the past fights the Cyclops from the present.

This was a very good issue but I expected so much more. After the way the last two issues teased the meeting between the original X-Men and Cyclops I was very disappointed with what actually happened. I was expecting something epic, and marvellous, as I really enjoyed the issue that had the original X-Men meeting Wolverine's X-Men, so expected something similar with this issue. Bendis did however do a good job of starting this issue, as anyone that's not read the series can jump on at this point, as all you need to know is that the X-Men from the past are now in the present. I do think that Bendis is taking this series in the right direction, and that this story will have some more brilliant sequences before it's over.

Stuart Immonen continues to do an excellent job on the artwork for this series, and I am very happy that he's on this series. This was however the first time I've had a small complaint about Immonen's artwork throughout the entire series, as at a couple of points his art isn't as detailed as it usually is, and looks a bit rushed. Although Immonen usually produced near flawless art I expected this to happen at some point during this series due to the schedule, as it must be hard for an artist to produce immense art when there's an issue out every two weeks. Besides this his art was very good, and I especially liked how he did the collage of all the original X-Men's faces, along with the present Cyclops, and Magneto's face to make one face.

I enjoyed that this issue included everything that has happened in the series so far, with all X-Men teams making an appearance, as well as the new mutants having some page time. With all that's been happening between the three X-Men teams it's easy to forget that there are new mutants in the Marvel Universe, and that Cyclops is making sure he gets to them first. I think that there being new mutants makes the whole X-Men side of the Marvel Universe more interesting, and that once the current friction between all the X-Men teams dies down that it will make for an interesting story. Otherwise it has the potential to be a very good side story during this story.

The thing I was most looking forward to during this issue was the fight between the two Cyclops'. This landed up being a very short, and disappointing fight. I did however like the confusion on the present Cyclops during and before this, and especially liked seeing how the problems with the present Cyclops' optic blast was more noticeable next to the Cyclops from the past's optic blast. It was also interesting to see the X-Men from the past's reaction to the current Cyclops, and how they are shocked that he's working with Magneto.

Now that Jean has learned that she has psychic abilities it's interesting to see how she reacts to it. It reminded me personally of the film Bruce Almighty when Jim Carrey's character got the power of god and kept hearing the voices of people praying in his head. I also liked that Jean sent the Cyclops from the present flying with he telekinetic powers, when his thoughts wouldn't get out of her head. I for one (and I'd be surprised if many others weren't the same) am looking forward to seeing this develop, as everyone who's an X-Men fan will know Jean had psychic powers. Some people also may be confused at this, as they might not know that she didn't know she was psychic for a long time, as I for one assumed she was always psychic until I started reading a lot more about comics 10 years ago.

This was a very good issue, but slightly disappoint to what I'd hoped for. I would however still recommend it as it is a good issue, and the series has been very interesting. I would also recommend the rest of the series, and am looking forward to the next issue,

Other reviews for All-New X-Men #4

SPOILERS!!!!!!!!!!I love this series at first it sounded really bad but after a couple of issues it has become one of my favourite series and my second favourite X-men series (after Uncanny X-force but since that’s ending this will soon be first) the writing has been really good not faultless but consistent but the art is spectacular in every way this is the best looking Marvel Now! Book in my opinion.PlotThe Original X-men face off against Cyclops and Magneto after Jean is overwhelmed by older ...

I still don't know clearly where Bendis is trying to get with this first arc story: 1) if this is about mutants - as a collateral damage of the "revolution", the appearence of new mutants - getting to their secondary or tertiary mutantions, causing them to readapt, in a way Bendis is doing a good job, bad a very bad, repetitive execution when regards Cyclops' situation; 2) If the idea of bringing the original X-Men into the present was to show "evil Scott" how far he deviated, again it's a very ... 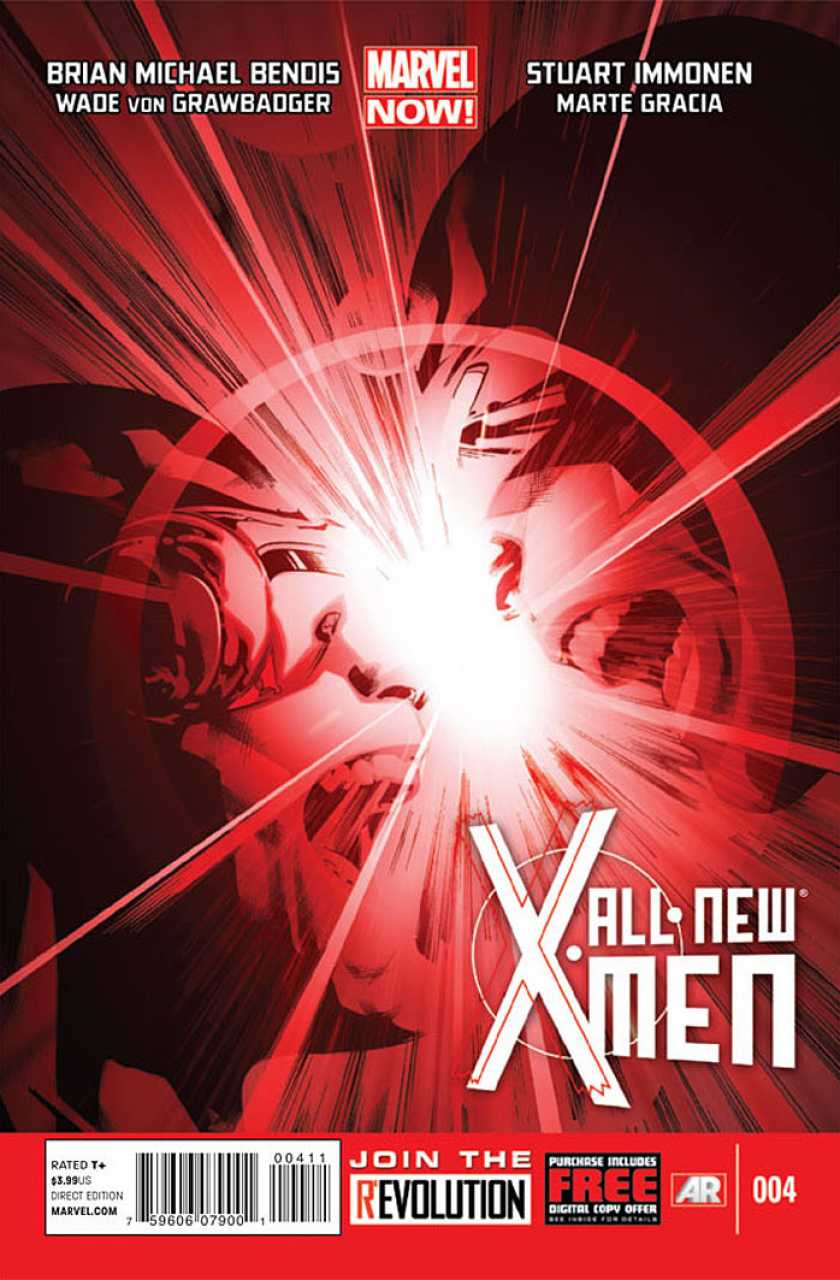 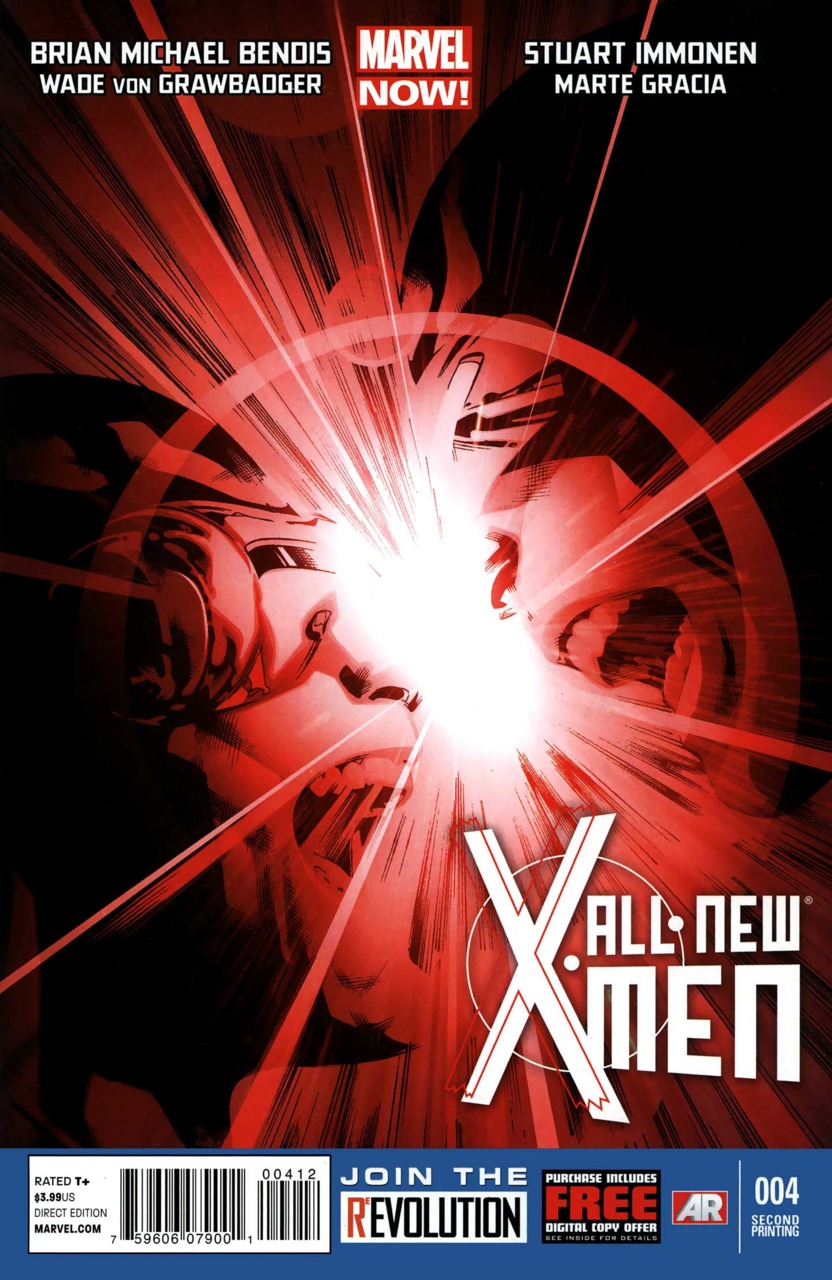 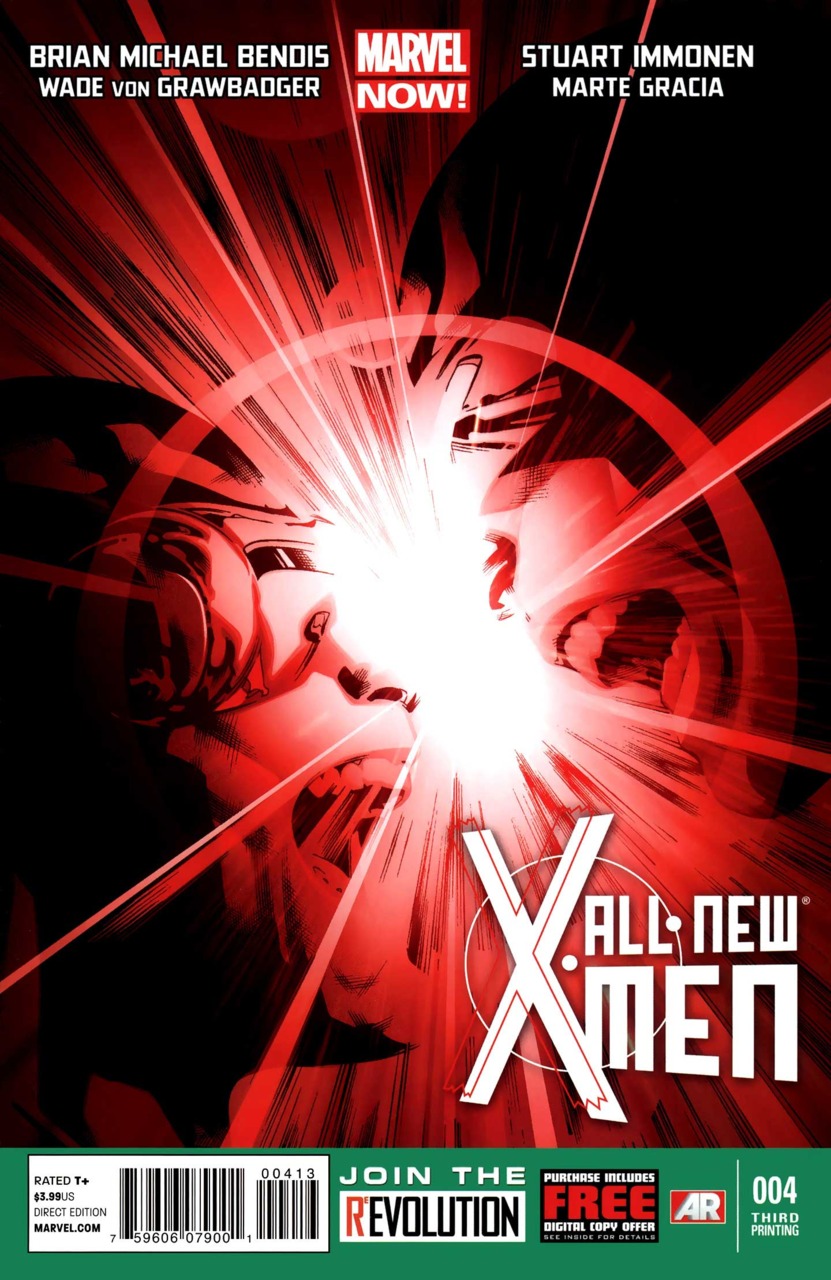 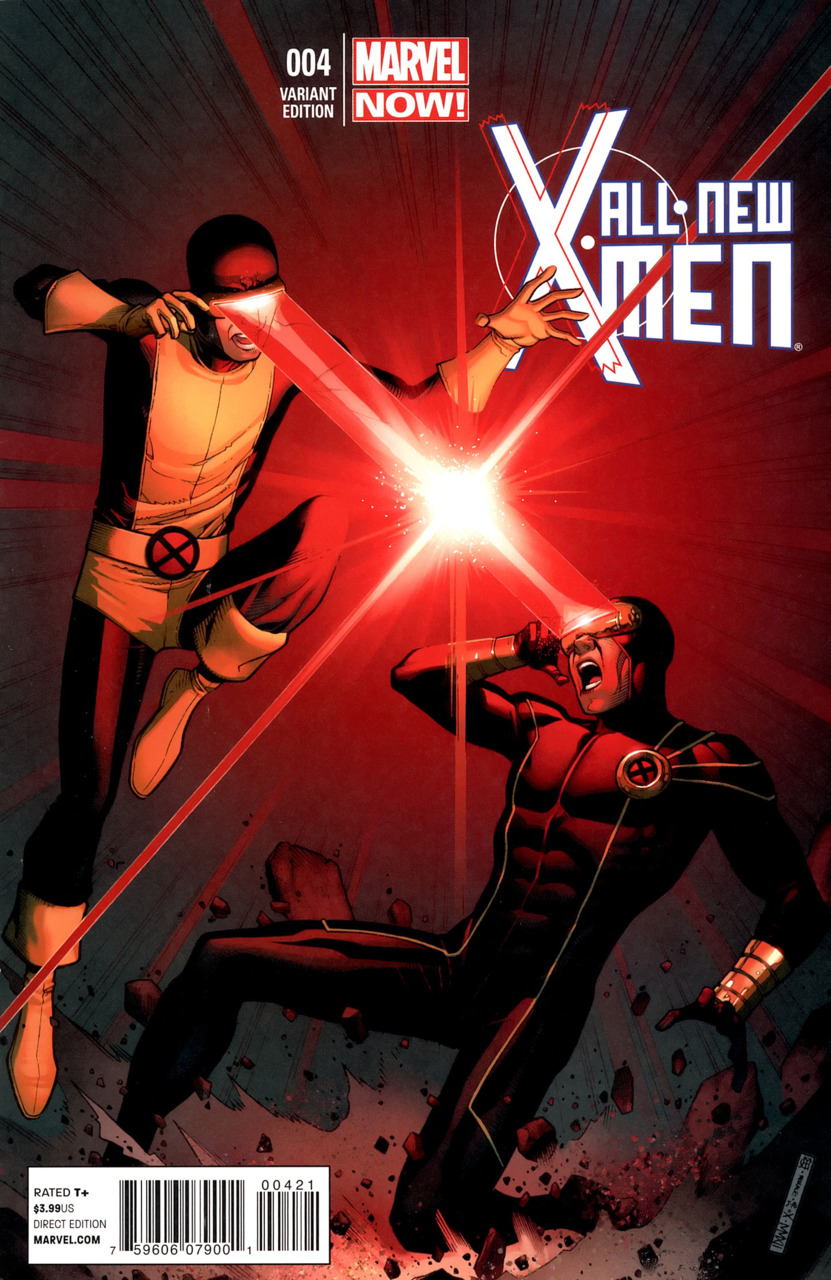