What the Phoenix Did

I have been enjoying this series so far and the way it's flown between the 3 different X-Men teams involved (Wolverine's team, the original 5 X-Men brought from the past to the present, and Cyclops' team). This series has really put the events of Avengers Vs. X-Men into perspective whilst bringing a brand new series that someone can start and enjoy no mater what their previous X-Men knowledge is.

This was a good issue but not quite as good as the last. Brian Michael Bendis has been doing an overall brilliant job on this series and has made the X-Men the best that they've been in a long time. I liked how Bendis focused on Cyclops' X-Men in this issue and although I've preferred the younger X-Men's part of this story it's important to show all sides. I also loved how Bendis has went back and answered some of the problems I had with the first issue, as well as open some new questions towards the series. I was looking forward to seeing the younger X-Men confronting Cyclops' group and although I was slightly disappointed that this didn't happen I was happy to see the problems from the first issue rectified.

Stuart Immonen continues to amaze me with his brilliant art work. It doesn't matter who he's drawing he always makes them look as good as possible, whilst keeping their characteristics. I love how Immonen puts so much detail in his work and love how he adds facial expressions showing the characters emotions. There was however one panel featuring Emma where the facial expression looks awkward which was a bit disappointing but considering the near flawless artwork he's already produced throughout this series so far, as well as all the other outstanding art he's produced in the past it's easy to forgive this minor imperfection.

In this issue Cyclops' X-Men get a new base in the form of the old Weapon X facility, which Cyclops plans on calling the new Xavier School. Story wise this is a great addition, and leaves for future controversy for the Wolverine's X-Men's reactions. Although I will make a few complaints about this, it's not towards the writing, and towards Cyclops' choice. Cyclops has no right in naming anything after Professor X after what he did, whether he was in control or not. The location for this new school is also stupid as Wolverine already hates Cyclops enough and I don't think he'd be too happy at any X-Man using an old Weapon X facility without telling him, and especially Cyclops.

The thing I liked most in this issue was that Emma's escape from prison was shown. I was slightly annoyed during the first issue when seeing Emma in Cyclops' X-Men without any explanation to how she escaped, so seeing how it happened during this issue was nice. The conversation Emma had with Cyclops after being broke out of the prison transport was also very interesting. I liked how after their long relationship as well as Emma's already volatile personality that she had no problem in telling Cyclops exactly where she stood. It was also nice to see someone from Cyclops' side question the events during AvX and whether it was him or the Phoenix Force responsible for betraying her and killing Xavier.

A great issue and although not as good as the previous still an amazing issue. I would highly recommend both this issue as well as the series so far, but will warn anyone who's only interested in the confrontation between the younger X-Men and Cyclops' X-Men that this doesn't happen until next issue, which I'm looking forward to.

Other reviews for All-New X-Men #3

Cover/Solicit - 4/5- Would I pick-up the comic based on the solicit/cover alone? Are the alternate covers appealing? Does the solicit/cover portray what happens in the issue?Art - 5/5- Do I personally like this artist's style? Does the artist stay true to the characters appearance?Colors/Ink/Lettering - 5/5- Does the work blend well with the artist? Is the coloring/inking enjoyable and easy to distinguish what's happening? Can I easily read the lettering?Layout/Flow - 5/5- Does the layout of the...

Another issue of All-New X-Men, that was quick. I have to say that, yes the series is %100 awesome, new issues are also printing at the speed of sound. Wow. Let me get that complaint out of the way, slow it down Marvel. On to the review:Wow. I am definitely enjoying this title and issue 3 is no slouch. I will say that it is disappointing that it sort of drops where the story was going in the last two issues and jumps to a new point. It is still good but I felt like this was sort of a filler issu... 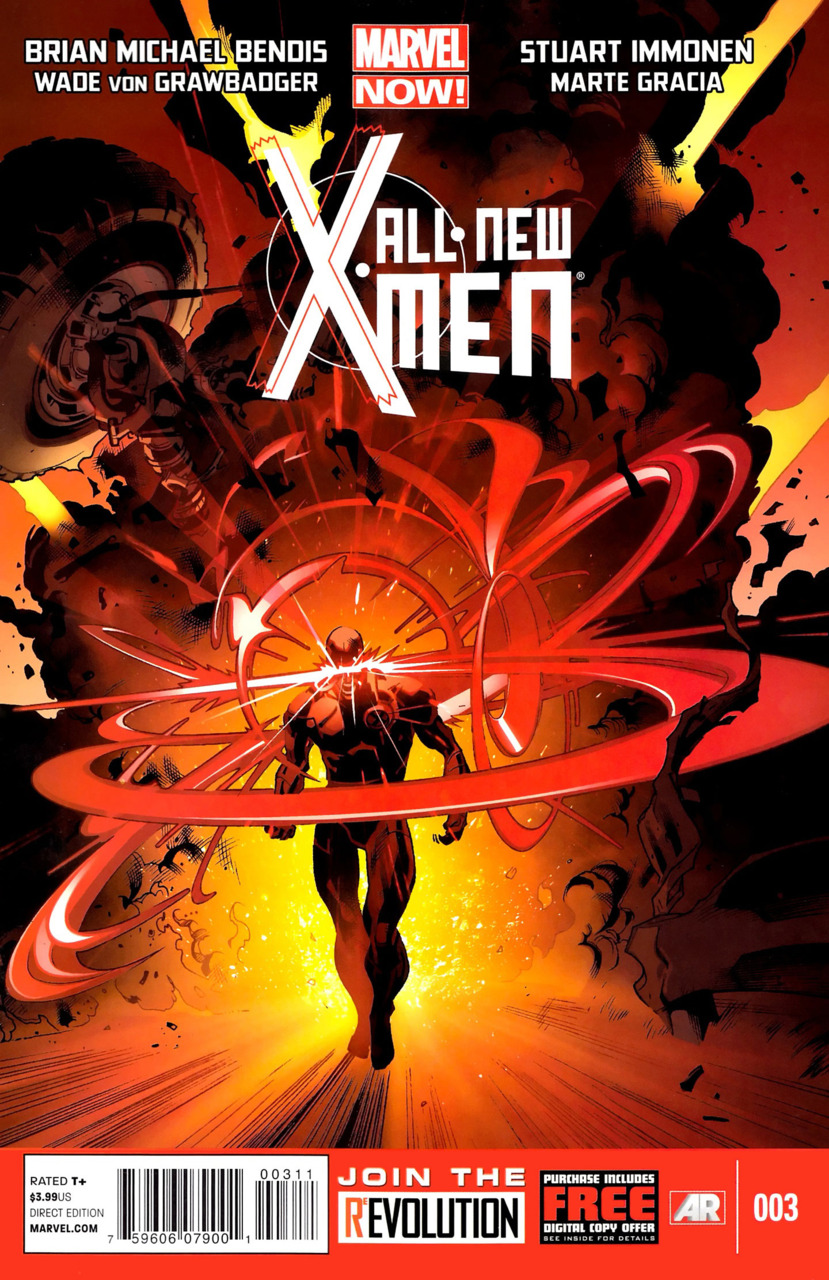 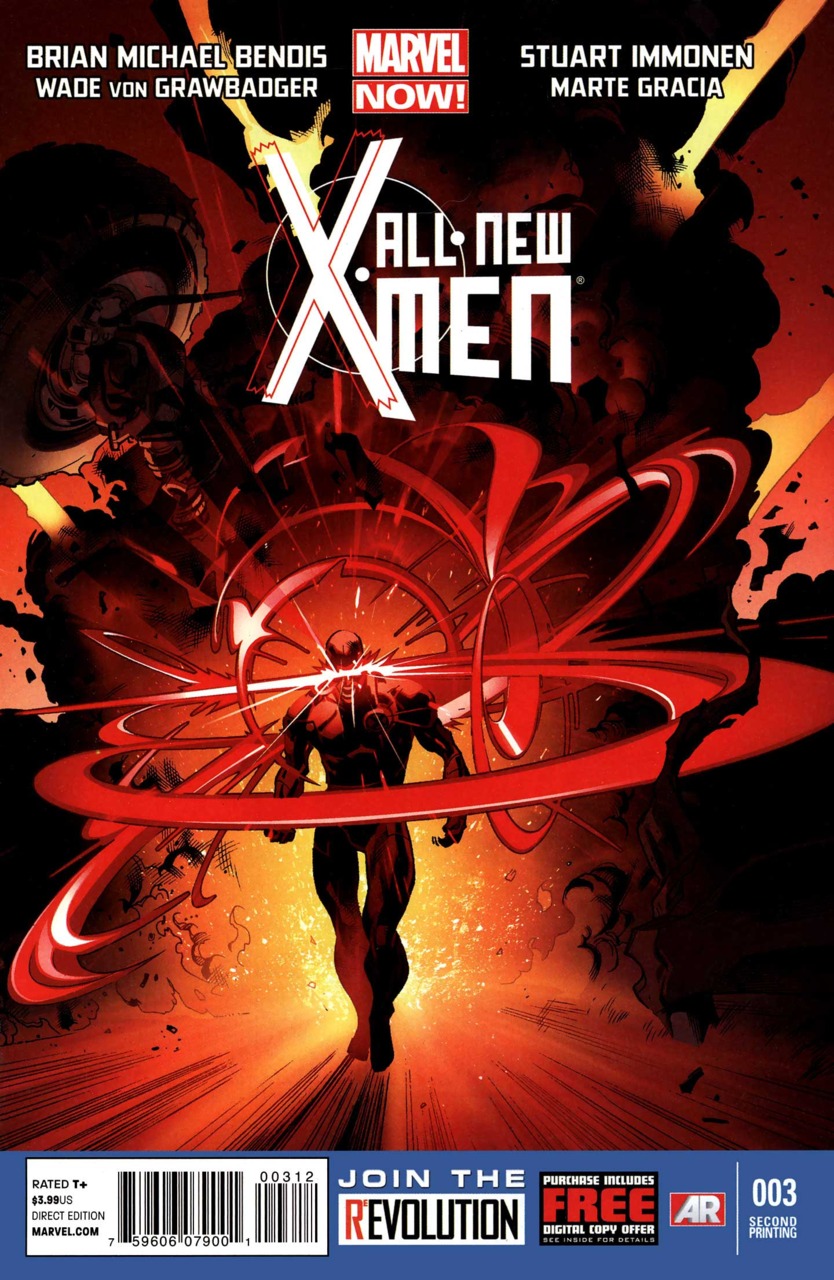 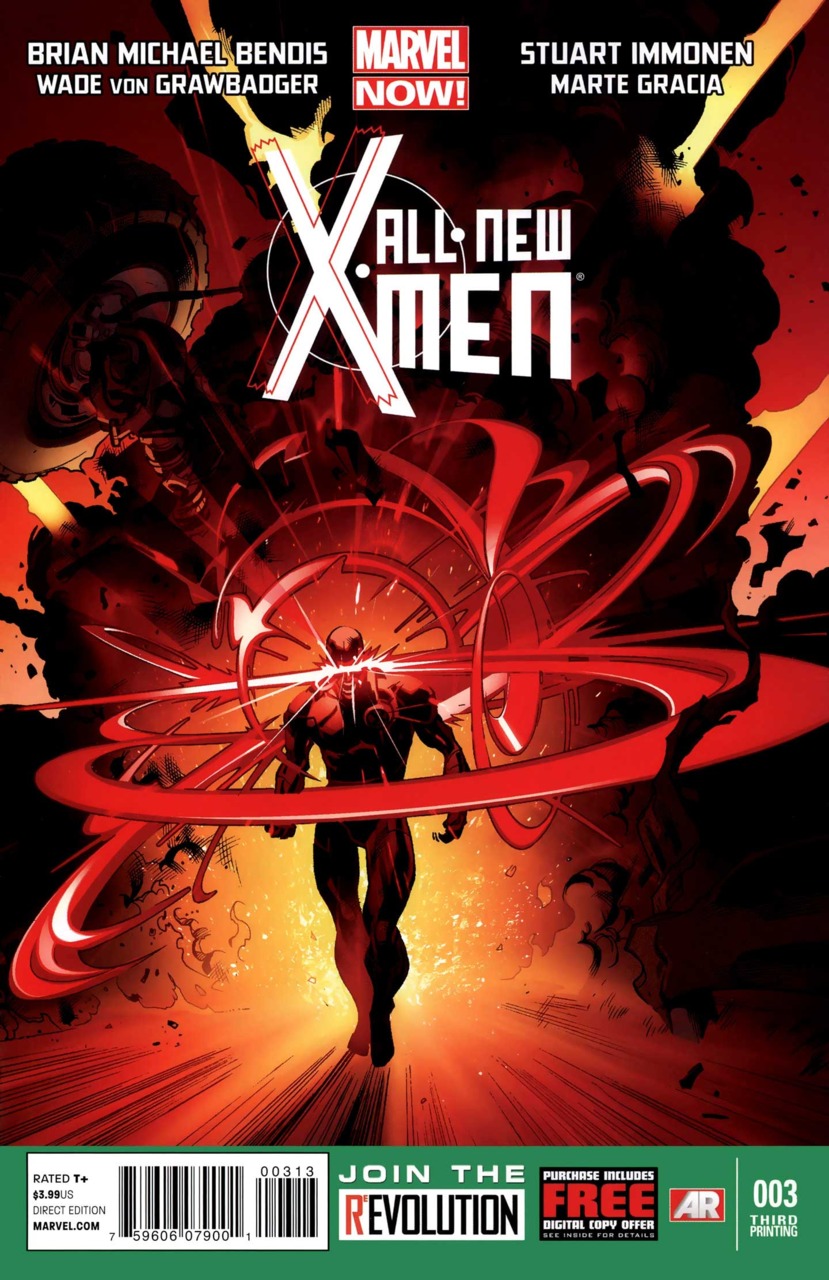 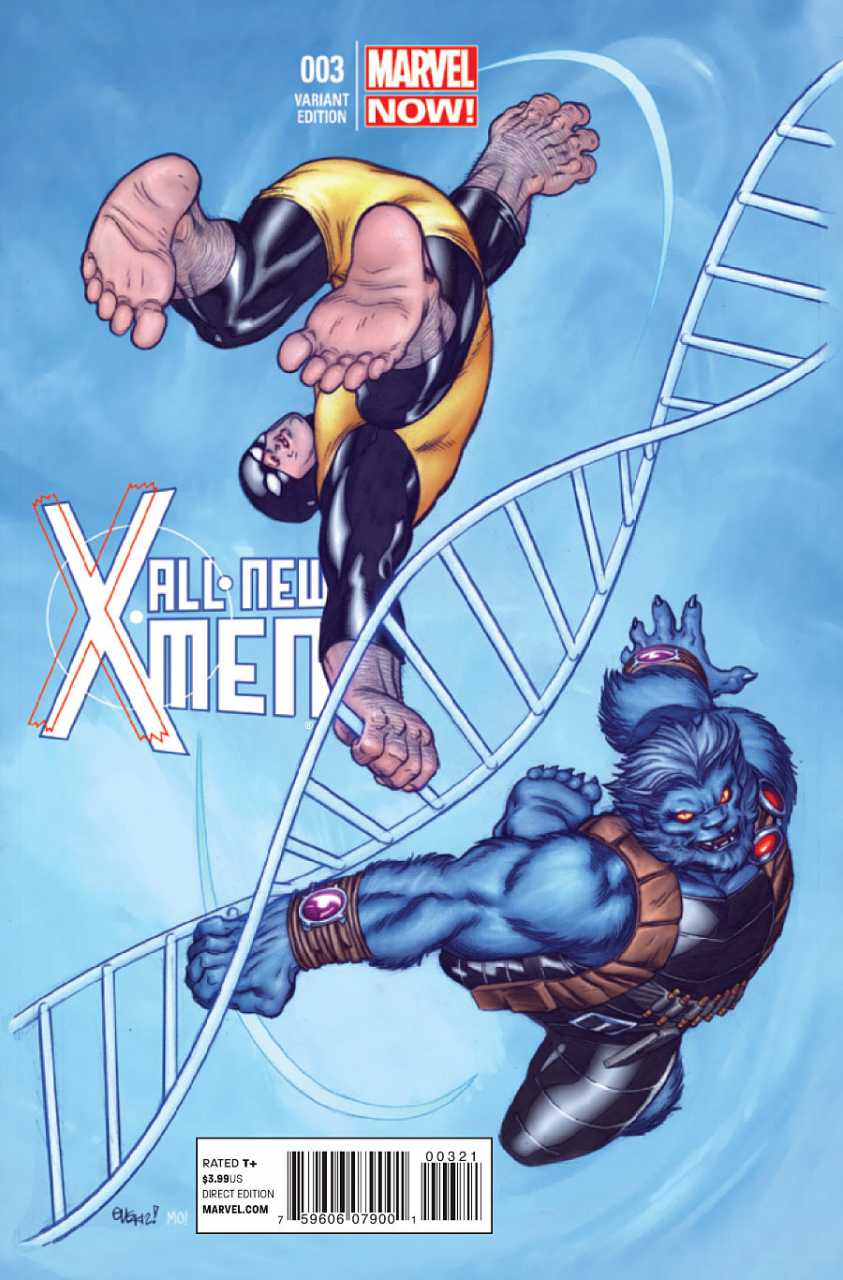