This has been one of my favourite series since the start of Marvel NOW!, and although it's not always been brilliant, it's mostly been fun, and entertaining, and overall very interesting, as being the best X-Men series I have read in years.

This wasn't the best issue this series has seen so far, and in many ways it's probably the worst, but it was still interesting, and had it's moments. This really hasn't been a brilliant week for Brian Michael Bendis as with Age of Ultron continuing to disappoint the last thing he needed was a poor issue from this series, which overall has been fantastic, and relatively consistent. This issue wasn't terrible however, and it did a brilliant job of starting the development for the next stage in this series, but due to it focusing too much time on development it was slightly slow, and a bit dull. The dialogue however was very good, and although the lack of excitement was disappointing, this issue was still interesting, and ended with a brilliant cliffhanger conclusion (although I won't spoil what that was).

The art in this issue was once again fantastic, and Stuart Immonen continues to do an amazing job. As I said in my last review I was slightly disappointed to see David Marquez leave the series (at least for now), as I really enjoyed his artwork, but at the same time I was happy to see the return of Immonen, and now that he's been back for a couple of issues I'm even more happy. Immonen's art is simply stunning, and everything about it's fabulous. The only minor complaint I'd make about his art is that like usual it's not always perfectly detailed, but the detail in the rest of the issue outweighs that by a mile, and I can easily forget the small imperfections due to the overall wonderful art. I also liked his action sequence, as although it wasn't too long, and at first glance a little confusing (not due to him) I really enjoyed it, and he reminded me why I consider him one of the best artists on action sequences. The emotion, and expressions on the characters were also brilliant, and really helped make the feeling of the characters clear, and overall Immonen's art made this issue better than it'd be otherwise.

This issue started with Mystique, Sabretooth, and Lady Mastermind robbing a bank transport truck, and I have to say it was a little confusing at first, but that's because I forgot that Lady Mastermind was with them. I say I was initially confused as it appeared that the younger X-Men along with Wolverine were attacking the workers, which would have been due to Lady Mastermind's ability to make illusions that caused people to think that it was the younger X-Men with Wolverine, something that I personally didn't pick up on due to forgetting that she was with them. After understanding the sequence properly I enjoyed it much more after reading it again, and it was very exciting, and showed the progression of Mystiques plan brilliantly, and I like how she's trying to put the younger X-Men and Wolverine in a bad light.

The appearance of the Uncanny X-Men was quite interesting, but after seeing the entrance they made at the end of the last issue I was expecting a bit more than we got in this issue. Don't get me wrong the sequences that they appeared in were interesting, but I personally was hoping for a bit of action between the two teams, but I can see how it makes sense to avoid that, as it would be a bit predictable if they started fighting each time they met one another. The sequence was however a bit slow, and although it has me interested in the future of the series, and of both teams, it was slightly dull, but that's sometimes the price that has to be paid to develop a story, and it also should give the next issue a better chance to be better, as there should be less need for development than usual.

Another thing I liked about the Uncanny X-Men's appearance was that Wolverine's X-Men took the time to think things through, and discuss who they believe will join up with Cyclops and his Uncanny X-Men. Again this continued to keep the issue at a slowish pace, but it was interesting, and humorous at certain times, and it also made the entire event feel more realistic. I also liked that some of the young X-Men got a lesson during this, as for instance the young Jean Grey was puzzled as to how she couldn't read any of the Uncanny X-Men's minds.

S.H.I.E.L.D. continued to make an appearance in this issue, and after the way Mystique made them look like fools in the last issue I'd have been surprised if they didn't make a second appearance. Again this was a interesting scenario, and again continues the development of this part of the story nicely, but like the rest of the issue it was slightly slow, which again wasn't ideal. I did however enjoy seeing the rest of S.H.I.E.L.D. being cautious around Maria Hill, as after Mystique using her identity to fool them, they don't want to make the same mistake twice, so it was nice to see Hill in a bit of discomfort.

Although not the best issue in the series this was still an interesting issue, and although it was slow, it set up the future events in the series perfectly, and has kept my interest. I would still recommend this, as although technically skipable quality wise, it does set things up nicely for the next few issues, so it's worth getting if you either already follow the series or are considering getting the series in the next few issues.

Other reviews for All-New X-Men #10 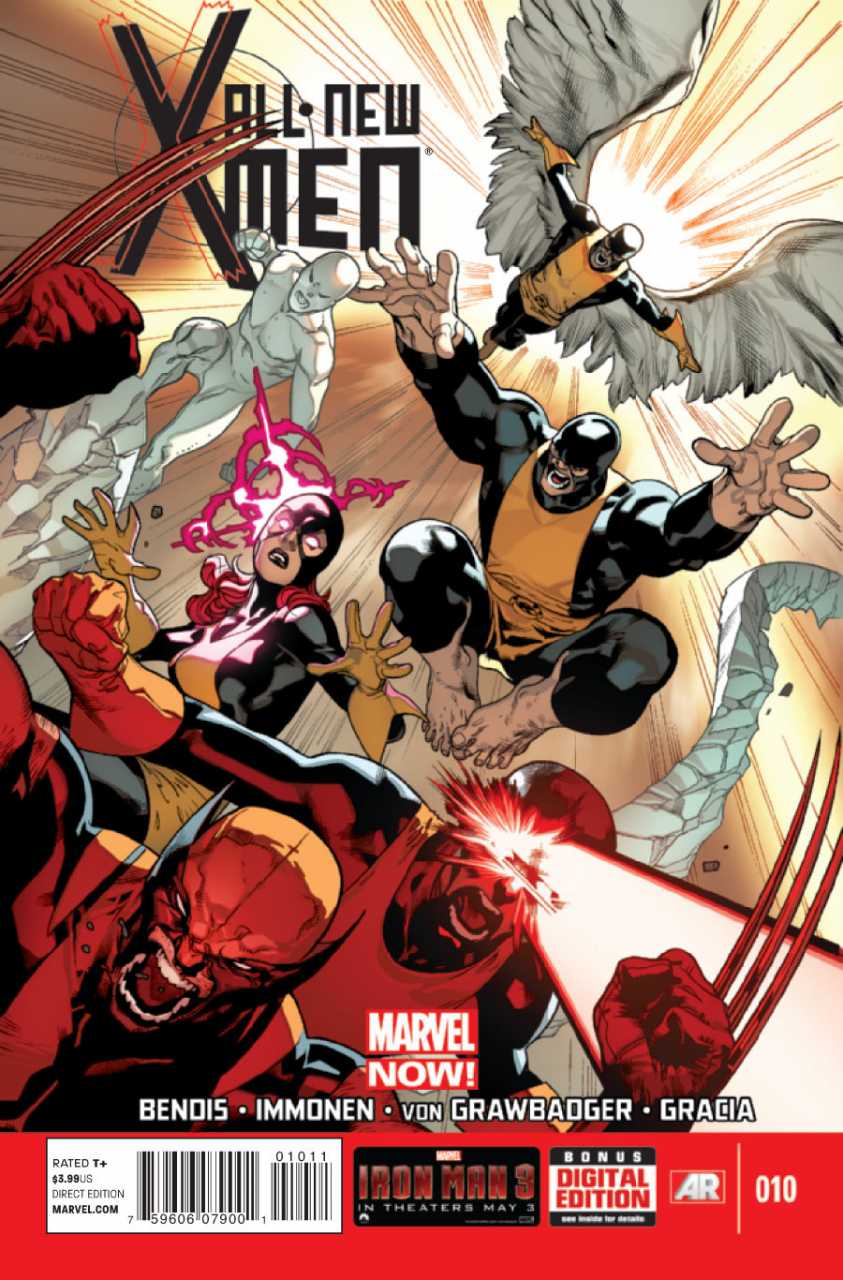 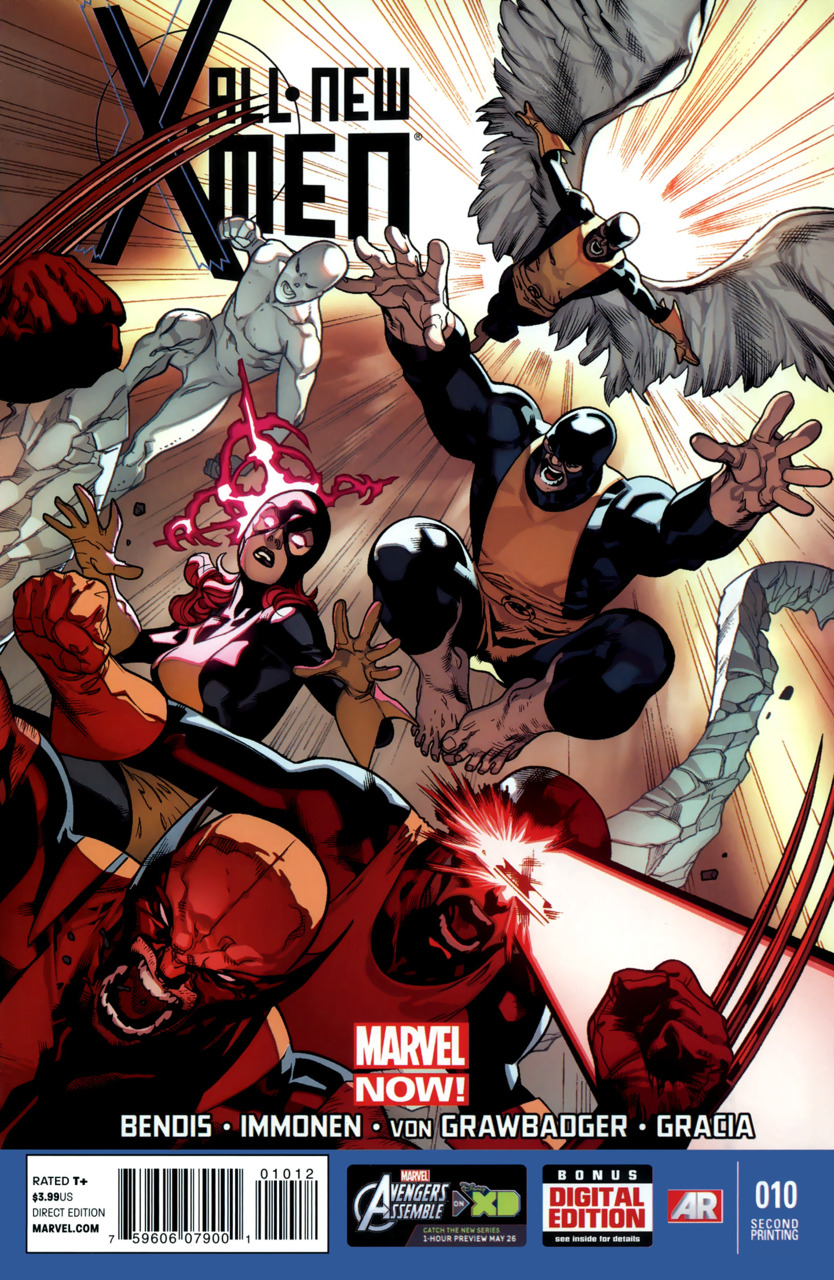 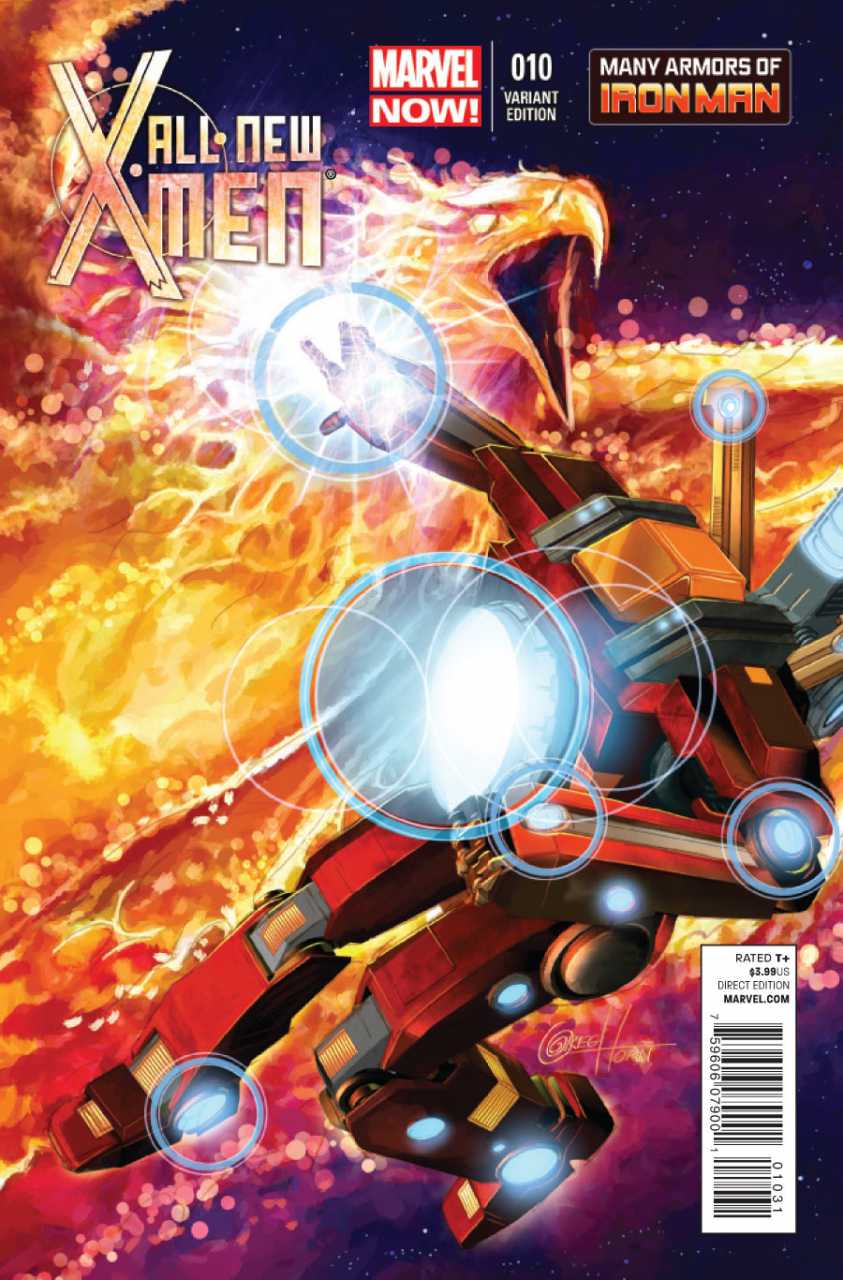