This is thus far the weirdest issue of this series, which says a lot for this series. It is not drawn either from the first two stories. The first story is bizarre but short and interesting enough. The second story feels like it could be pulled out of a 1950s science fiction anthology. The last story though is both the most interesting and maybe even also possibly kind of offensive. It deals with the female character featured on the cover, an operative by the name of Sheffield who performs certain missions for the commander of her outpost. It works along at a decent pace (with some homage paid to Dejah Thoris) but the ending is kind of "out there" in terms of its applicability and content. I am not really sure what to make of it, under different circumstances, the content matter would probably be frowned on in a comic, but here it is made to be different but purposefully so. This still fits the abstract science fiction genre though, so if someone has liked the stories thus far they probably still will.

Other reviews for Alien Worlds #6 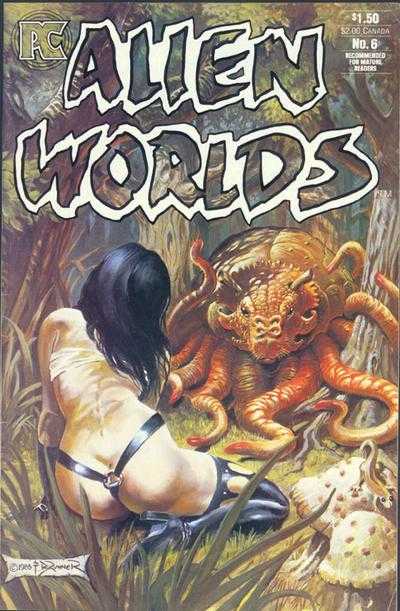