First; this may come as a shocker but the last temptation is a christain comic book. Its about stage theatrics and lots of allegories are thrown in.Anyone whos read up to this point know what the message is about and can guess where its going.Alice cooper himself plays split personalities quite well even on his albums.In the end its either Christ or its Satan,you decide.Alice Cooper said to HM Magazine in 2003 when explaining his Dragontown album"i want Christ as my lawyer on judgment day and not the other guy". So all theatrics end in this issue and the devil realizes he has his hands full,atleast fuller than he espected.

Other reviews for The Last Temptation #3 - Act III: Cleansed By Fire 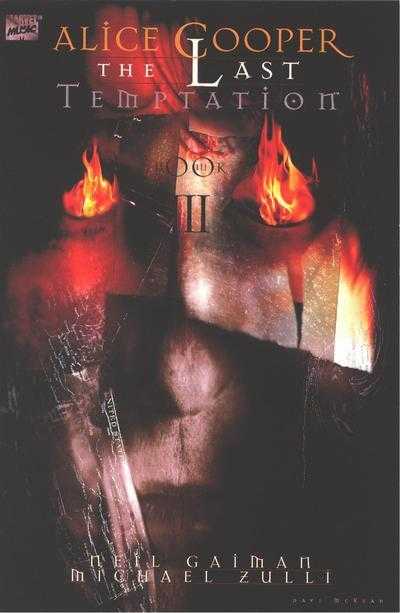