Yet Another Disappointing Issue

I was really looking forward to this series, but overall it's been very disappointing, and I've started to think if it was even worth the trouble making it. The last issue was however a bit better, and showed promise, but will the series become as good as everyone hoped it would be, or will it go back to being poor?

Luke Cage has brought She-Hulk to what he believes was Ultron, but who was in fact Vision, but everything goes nasty. Also Captain America and the remaining hero's travel to the Savage Land, were they find Ka-Zar, and learn of Ultron's secret.

Just when I started to think that this series was heading in the right direction we get this, yet another disappointing issue. What made this issue even worse was once again it continues to show promise for the future, but it's gotten to the point that I won't believe that this series will be good until I see it shown consistently throughout a few issues, but I still hope that it is eventually good. Brian Michael Bendis has done good work in the past, having done some good stories on the Avengers, and currently doing a brilliant job on All-New X-Men and Guardians of the Galaxy, but this hasn't been one of his best attempts at giving us a good story. To be honest I've wanted to love this series, and I can actually see why it's been so slow, as even though it's been doing it at a snails pace, the series has been developing, but at the end of the day it's not doing it quick enough, and the series has lacked in excitement. The action sequence also didn't really help the issue much as it lasted not very long, and due to it giving a highly entertaining start, it made the rest of the issue feel even more disappointing. There was however still the odd moment were I felt that this was a good issue, but it was only few, compared to the amount of times I felt it was dull, and disappointing, but I still hold onto hope that this series will become good, although I still think that this series' length was way too ambitious.

To be honest even the art from Bryan Hitch wasn't as good this time, and although it was still brilliant, it wasn't quite as detailed, and wasn't as good as it's been. Hitch's art was however still the best part about this issue, and was still better than a lot of other artists, it's just that there were points were it felt slightly rushed, and didn't appear to have quite as much emotion in it compared to his previous work on both this series, and previous series like The Ultimates, and Fantastic Four. There were however moments were his artwork shined, and looked like the brilliant artwork I've loved in the past, especially when he drew closer into the characters, as it gave so much more detail, whereas some of the other pages/panels felt like they were too over crowded. There was however still times were he also added brilliant emotion to the characters, making the artwork feel more alive, and that was nice. The character that I liked his art on the most was Red Hulk (Thunderbolt Ross) who actually looked better this time, and much more muscular, and overall more powerful, although he did do a brilliant job on him last issue as well.

As I said the start of this issue was fantastic, and it continued from the shocking conclusion of the last issue perfectly, and was everything I hoped it would be. Before I continue my thoughts on this sequence I have to repeat that although this was everything I expected from the start of this issue it was still very short, and the rest of the issue felt even worse after this. I did however enjoy the atmosphere that this sequence had, as it was very dramatic, and not exactly what I expected it would be (although very close). I also liked the interaction between all the characters involved in the sequence (She-Hulk, Cage, and Vision), as it added emotion, and made the sequence even better, but again it was too short, and set the bar high for the rest of the issue, a bar that was nowhere near reach (apart from maybe the end, but I'll talk more on that later).

This issue also actually gave a little bit of insight into what Ultron's been up to, and although it's not much, it's a nice change, as we've had nothing explained so far. I won't go into detail's, or reveal what was told as to avoid spoilers, but I will say what I felt on the subject. I've already said that it was an interesting thing to find out, and that I was happy that we've finally gotten some explanation, but at the same time it wasn't really much, and only left more question. Usually I'd love the fact that something's been revealed that leads to more speculation, but this time not so much, as I've been dying to get some backstory that I'm not quite satisfied by this small amount, and I desperately hope that we get more explanations soon.

This issue also continued the stories that were shown over the last few issues that involved Red Hulk, Black Widow, and Moon Knight, which was nice, but also a bit annoying. I say this as it was nice to see a continuation especially of the Red Hulk story, but both parts didn't really last long, or develop too much of the story, and felt mainly like filler. I did however prefer the Black Widow and Moon Knight sequence as although I wasn't too fond of the sequence during issue 2, there were parts that interested me, and I was kind of looking forward to the development of this, but again it didn't really do much for the overall story besides bring a few pieces together, which wasn't too bad.

The only other sequence that was almost as good as the first was the last. Again I won't go into details as to avoid spoilers, but once again it was a brilliant ending, and if Bendis hasn't found out how to keep me interested in the main part of the story he's done a brilliant job of keeping me hooked at the end of the issues, as I'm always wanting to read more, but as I also said it's gotten to the point that although I want to read more I'm not going to get too excited until I find out if it's good or not. This sequence was however good, as it brought most of the story together, and looks to be the start of the true story, but I've thought that at the end of nearly every issue, so I'm not holding my hopes too high.

This series has went back to being disappointing, and to be honest I don't have a lot of hope left for it. This issue started very dramatically but most of it was slow, and dull, and overall disappointing. I wouldn't recommend this issue, and would recommend that you wait to find out if the series is good as a whole and get it in trade if so, as so far it's been very disappointing, and frankly a waste of money.

Other reviews for Age of Ultron #4 - Book Four

For an event comic, this is incredibly uneventful 0

So much has happened in the series. Multiple heroes have been killed, the world is controlled by robots, and the few heroes that remain are desperate to find a solution. And yet despite all of this, it feels like nothing is going on. The story moves a long at a snail's pace (Honestly the first three issues could have been reduced to one without much difficulty),and when a character is killed off, there's no depth to their death, and there is no meaningful reaction from any other characters. On t... 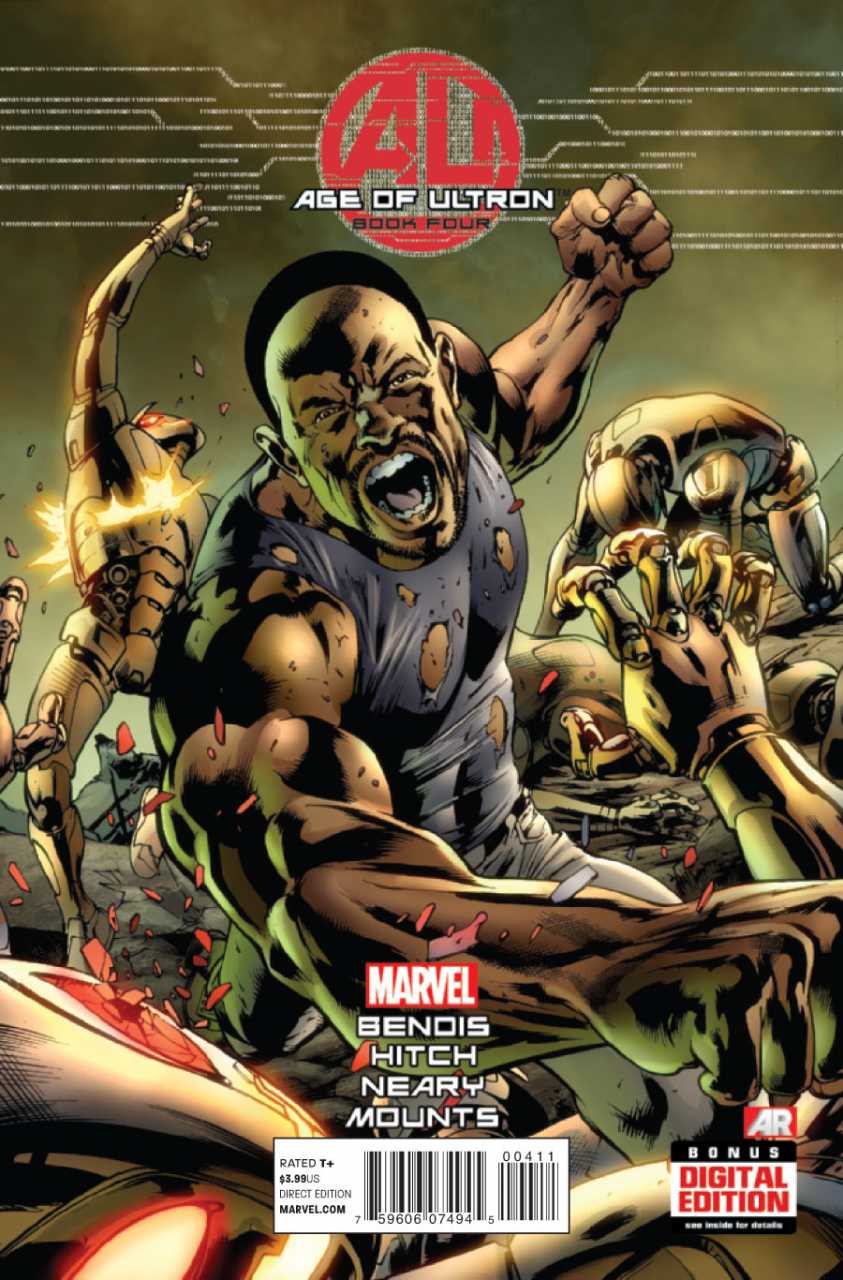 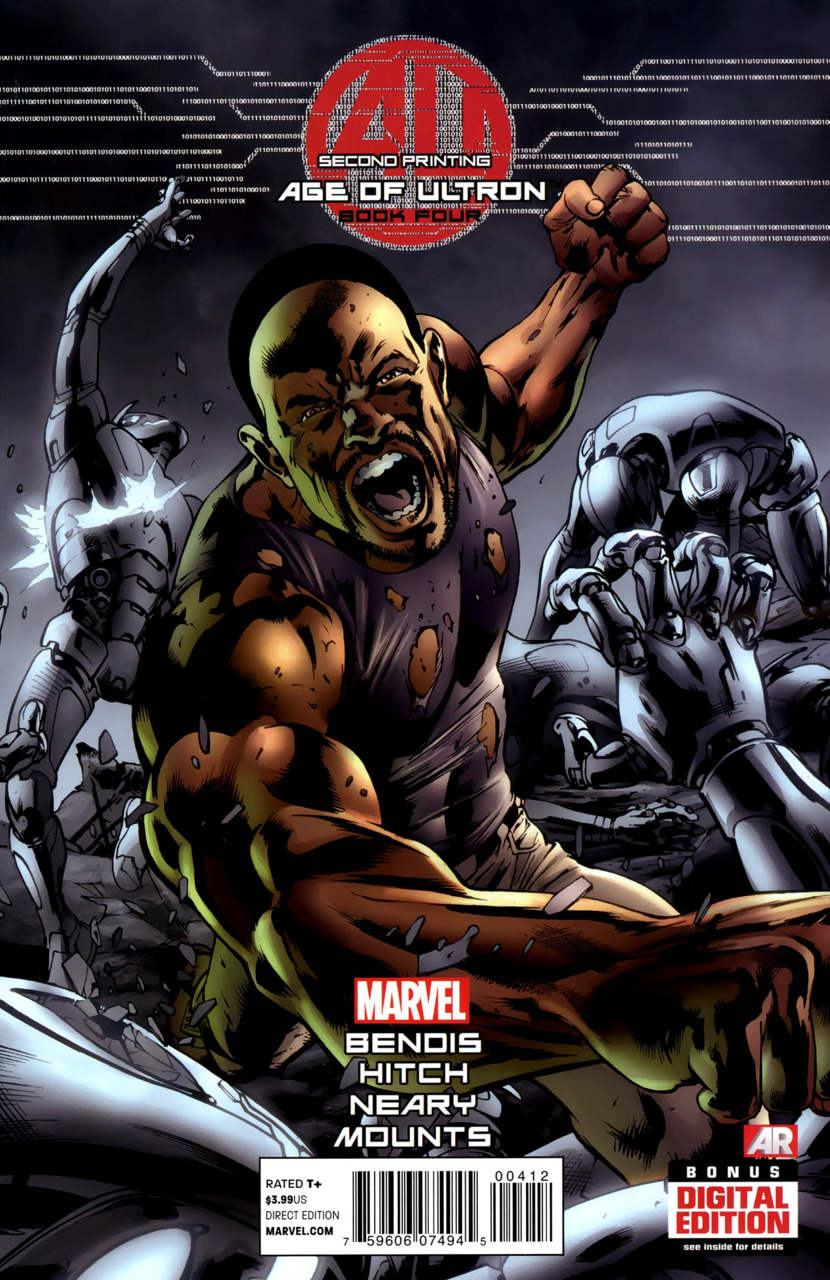 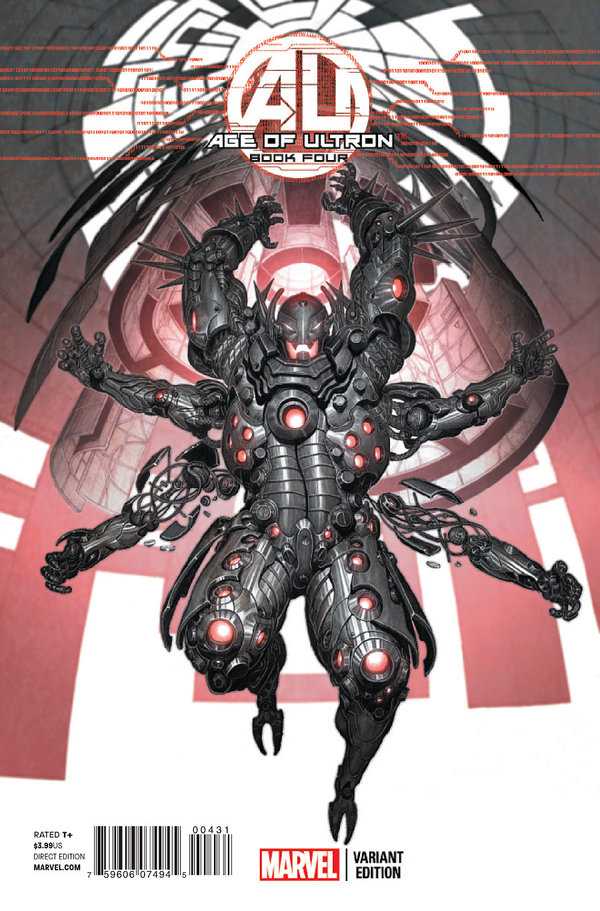 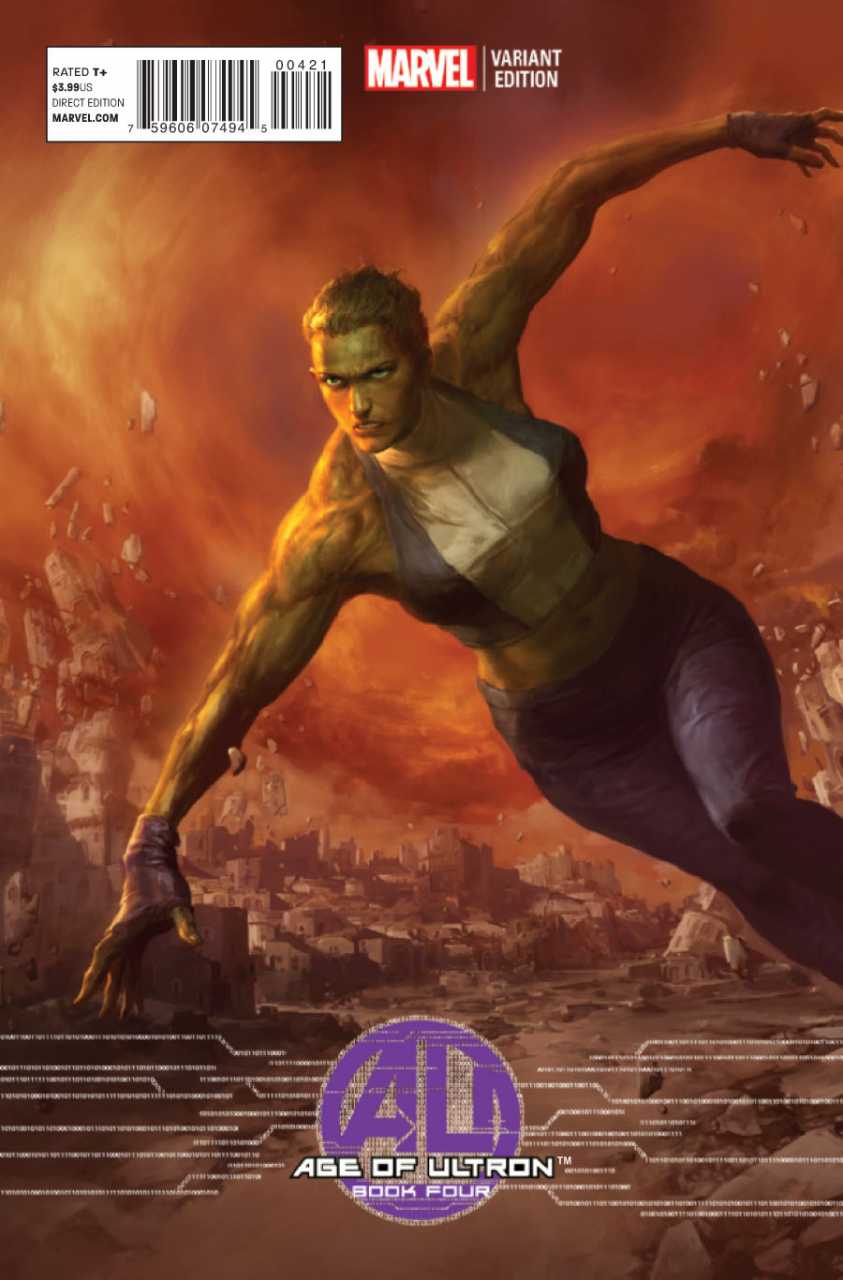