squalleon's Adventures of Superman #15 - The Way These Things Begin, Part 1 of 1 review

How is he everywhere?

Adventures of Superman is an under-appreciated digital title dedicated to the Man of Steel, since it's continuity free you can expect the stories to be awesome. This issue however managed to transent past the limits of a "good" digital title to something more...complicated!

The main objective of the story is to answer what happens when Superman is late to save someone. Lex Luthor is the main villian and he is portrayed as he should be, cunning, manipulative and with long-term plans, this is one if not, the best Luthor issue of the year!
I don't want to spoil anything because this is an issue that will have you in your edge of your seat, even though it is a little predictable,you will probably see why.
Now let's talk the story, I will judge it by general standards and not "digital comics" standards, why? Because I think this is the only way the companies will see that digital comics are comics too.
The story is a little predictable at the beginning but since this format has few pages and is an one-issue one it's probably for the best. I feel that it would have been better if it had more pages or issues to develop the ideas and build tension. Luthor's line sound exactly as you would expect him to and his plan is as "sinister" as ever.
My main problem is the art...yes this is a weekly title and yes this is a digital comic but as I said before I will judge it by general standards because this story had the potential to rise past them. The art is basic, not bad but completely average, since different artists take the wheel every week I don't think this was a "deadline" problem and the "Faster than a speeding bullet" 3 part story had great art so it is a matter of how serious you take the story you illustrate.

This story had so much potential and if given enough pages it could be....dare I say it........a Superman for the ages story! The art is average, not bad but it doesn't stand out and as any digital title the creators don't really have demands and standards.Now this story will get two ratings, the "digital comics" that takes the price,format,creators into account and the standard....truly fare rating.

This was an excellent digital comic : 4.5/5 stars
This was a story that could have been much more : 3.0/5 stars

I hope i was not too harsh but I hate to see wasted potential and this story could really deliver.

Other reviews for Adventures of Superman #15 - The Way These Things Begin, Part 1 of 1 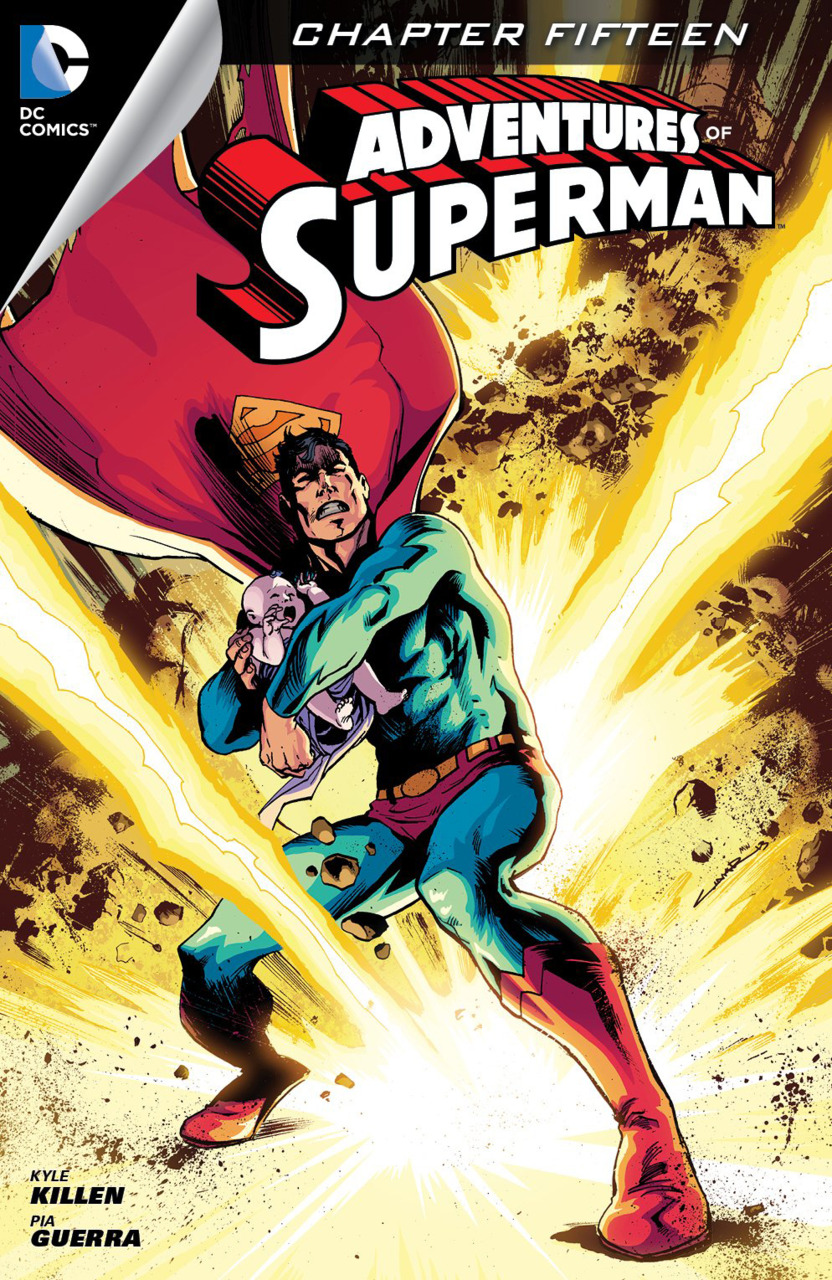 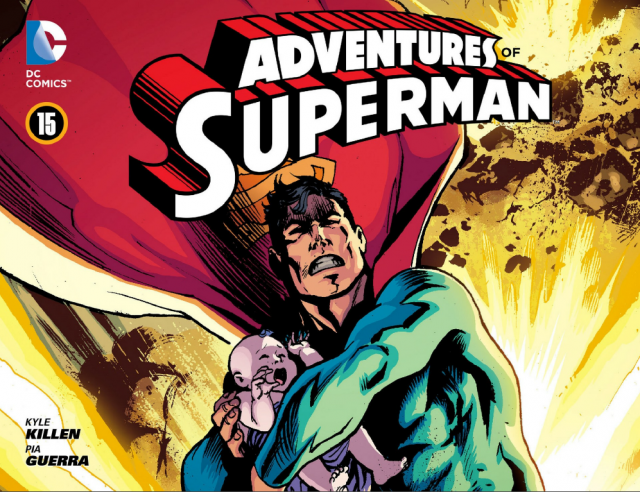