Since DC's one-shot bonanza special, Rebirth, hit the shelves a few weeks ago the overall reaction to the slew of new books has been generally positive, and this issue of Action Comics reinforces that sentiment. Off the heals of New 52 Superman's death, and the Lois and Clark mini, Action Comics returns to their old numbering system with classic Superman in tow.

This issue really deserves its name, because by page three you're already feeling the momentum of the story carry you from panel to panel. You see Clark and his family moving into a new house, you meet Lex Luthor protecting Metropolis in Superman's memory, and to make things even crazier two bombshells are revealed at the end of this issue. Surely, there wasn't a panel wasted in this issue, and Jurgens balances everything so perfectly. This issue is expertly paced, and with the original writer that killed Superman off donning the responsibility of reintroducing Superman's legacy to the DC universe you leave this issue with a sigh of relief as you see that we're in for a wild ride. Jurgens' history with this character definitely jumps off the page as every character has not only a distinct voice, but you feel like they are truly embodying who these characters can be.

One of the best parts about this, and Lois and Clark, is Superman's new title as dad. I still can't get over the fact that he has a little one walking around, and he has to teach him what's right when using his powers. Heck, I got emotional when Jon, Superman's son, says "Go, Dad!" with Superman flying off the page. This opens up so many great story potential, but also puts a restraint on Superman when he's fighting villains, because he's a married man now. He has to get home to see his wife and son. He has more responsibility, more personal responsibility, than he's ever had before and that only makes me more excited with where this title is going.

This issue quickly establishes who this arc, and possibly title, will focus on right off the bat. The main players with be classic Superman and Lex Luthor battling over the name of Superman. This issue brings up many questions, and character decisions that classic Superman not only has to ask himself, but has to live with the consequences when he answers them. The beginning of this story had Clark tell his son that they had to stay in hiding, but Lex put a door holder on that, and now Superman not only has to answer to Lex and the world on why he's there, but he also has to face the consequence of potentially exposing his son to the world. Now, this part is just theory right now, but it's safe to say that they won't be hiding too long after this issue, because one of Superman's biggest foes is back and leaves the reader with the second biggest cliff hanger this issue has.

From art to script this issue was perfect for me. It's new reader friendly, and not much back story you need to know. Long time readers won't have to crawl through exposition to get to the story as Jurgens does a really great job at telling you what you need to know while also advancing the plot. From all the Rebirth issues that have come out so far, Action Comics #957 is definitely one of my favorites thus far. If you haven't had a chance to pick this up, I'd highly recommend it.

Other reviews for Action Comics #957 - Path of Doom Part One

Action Comics #957 is a great start to the Rebirth relaunch of Action Comics by Dan Jurgens. This first issue begins with the older Superman and his family are moving into their new home. Eventually they a news broadcast on TV that shows Lex Luthor has declared himself the new protector of Metropolis now that the younger Superman has died. Because of this, Superman decides to reveal himself to Metropolis and the world in order to confront Lex. From there, things escalate with a few surprise appe...

Let me start with the disclaimer: I did not read any Superman during the New 52. The only New 52 Superman I read was from his appearances in Justice League and I honestly didn't read too many of those either. I picked up this issue with the intent of maybe hopping onto the Action Comics band-wagon. It's been around for 957 issues so it must be a pretty big deal. I wanted to see if this might be a good addition to my pull list, and really, I have to say it is. After reading this issue I will def... 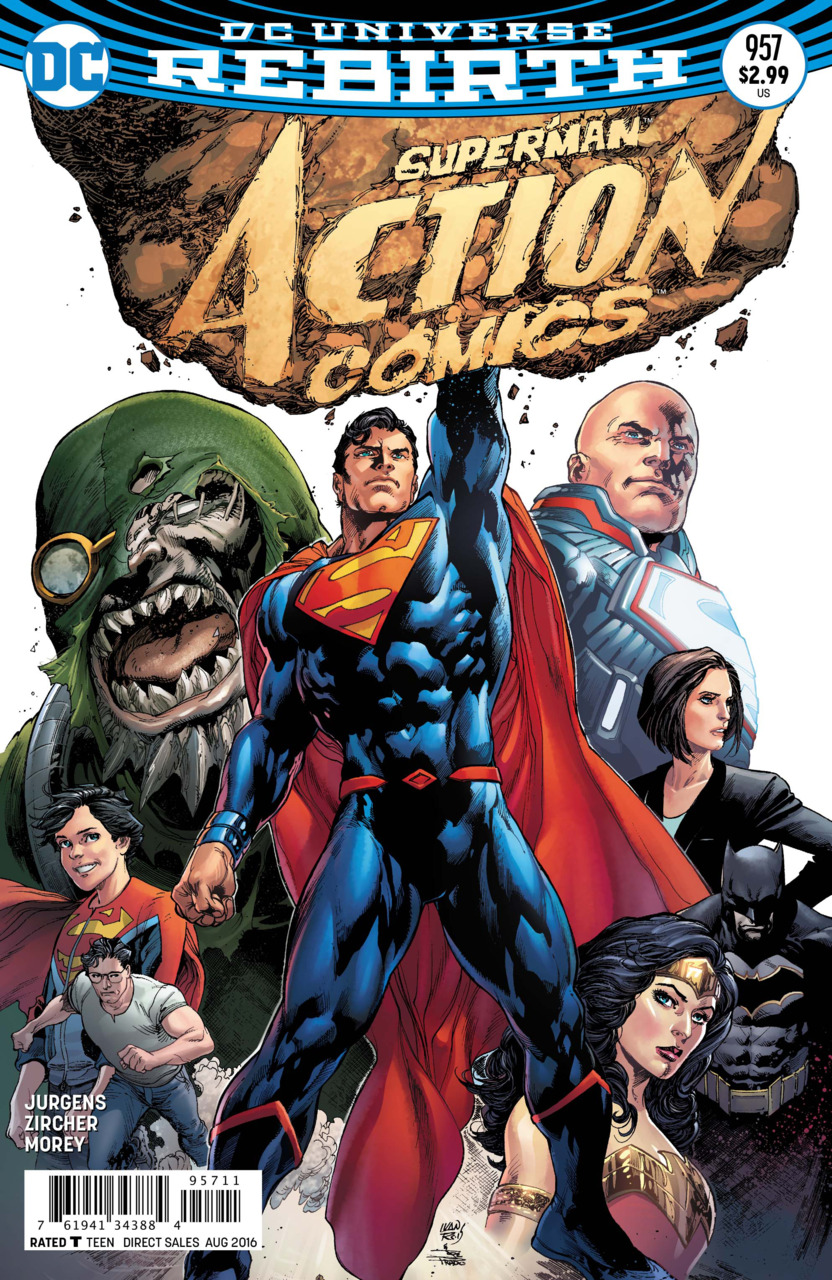 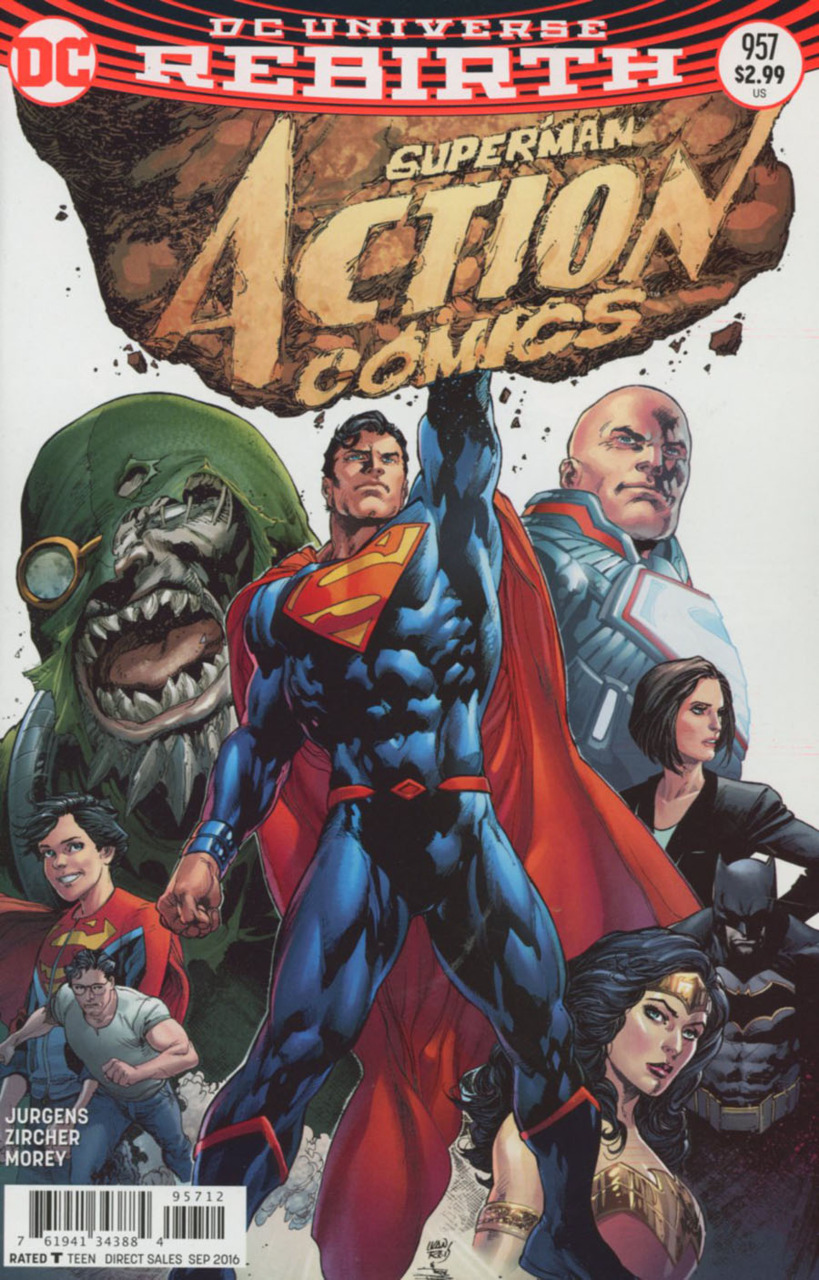 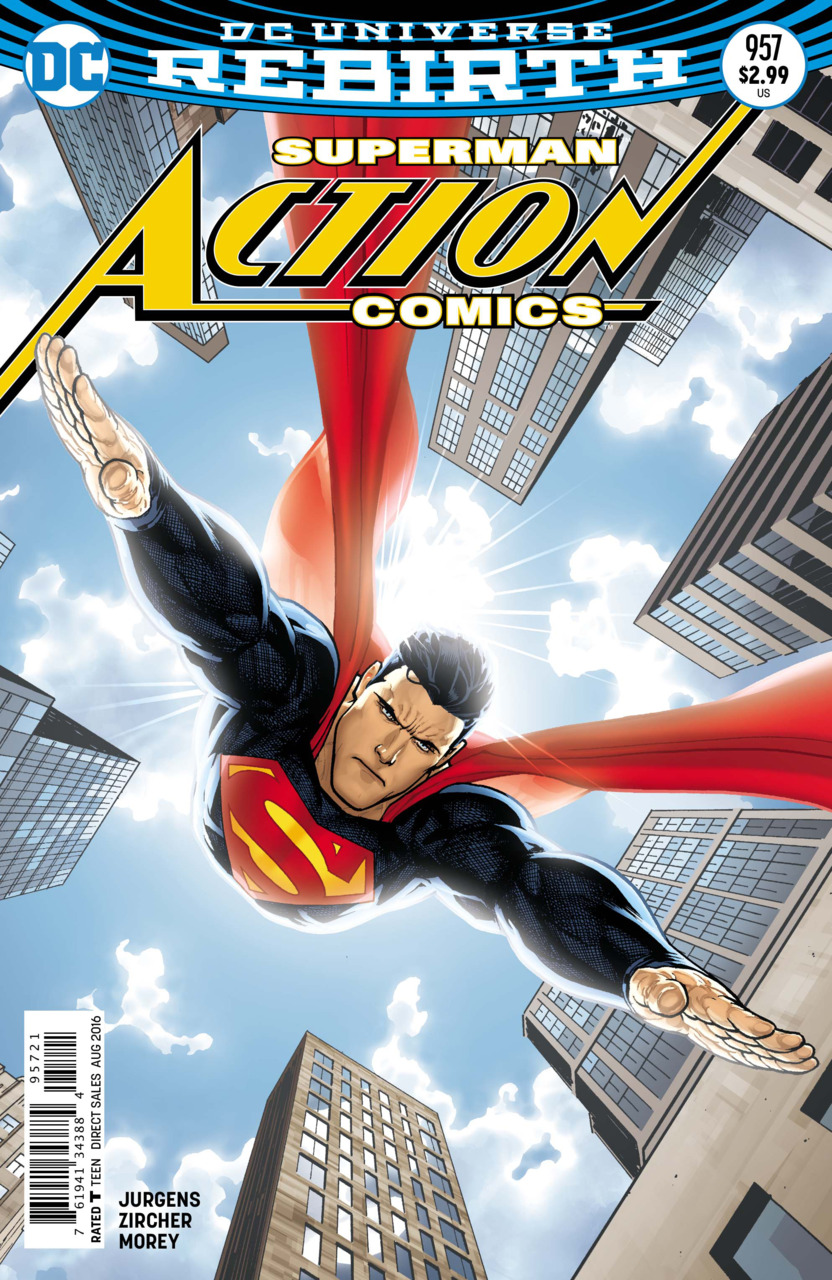