I ruin 28 Days Later for myself (I'm on issue 12 right now) by reading the final issue of the series. Will Selena and Clint make it out of England alive or will the infected take over?

I've been loving this series since day one, and by day one, I mean issues 1-12, since I'm pretty far behind. Anyway, it's the last issue of the series, and it does the series, from what I have read, some justice. Many things are wrapped up, but there's just enough left open to warrant a sequel. But, let's be honest, will the infected ever all be destroyed? The book is a great continuation of the films (Although I believe it takes place during/right before 28 weeks later. Please correct me if I'm wrong). And this single issue really captures what the end of both of those films are like. It's pure madness running from the infected and the government just to stay alive.

I love how this issue covered the insanity of survival and, at the same time, it covered the idea of trying to readjust to society. It leaves the question open "are we ever truly safe?" The answer is no, and nothing makes me happier than watching another country get infected with the... um... infected.

I loved seeing the relationship between Clint and Selena come full-circle since they've been at odds with each other for a bit of the series. It's cool to see two characters go through all of this, but still be there for each other in the end, and at no point did it feel forced. Yes, it's a bit cheesy, but I liked it.

The biggest problem with the issue is the art. Overall, it's pretty good and works for the book, but close ups on faces are pretty bad. And the biggest problem is straight-on shots on characters. Faces are distorted, the lighting is weird, and frankly, it's very hard to ignore. I'm also a little bummed that this is the last issue. I hope Boom! does another volume of this series because I simply loved it.

Terrible jump-on point for anyone, since this book will not be continuing farther, for now. I loved this issue greatly. It was a wonderful way to end the series, even though I wasn't the biggest fan of the art. The story flowed incredibly well, due to the tight pacing which really captured the feel of the movie. Although it's the last issue, I highly recommend buying the trades and checking it out. It will be well worth your time.

The grand finale is upon us. Selena and Clint must take their last stand against millions of Infected and the entire US Army  The Good I do love a series with an ending. There's something very satisfying about seeing your favourite characters that you've grown fond of over a period of time get closure. They actually appear to acknowledge the existence of 28 Weeks Later. Very nicely done, I must say. It's not like the movie is the best, but the thing is that they're not erasing previously establi... 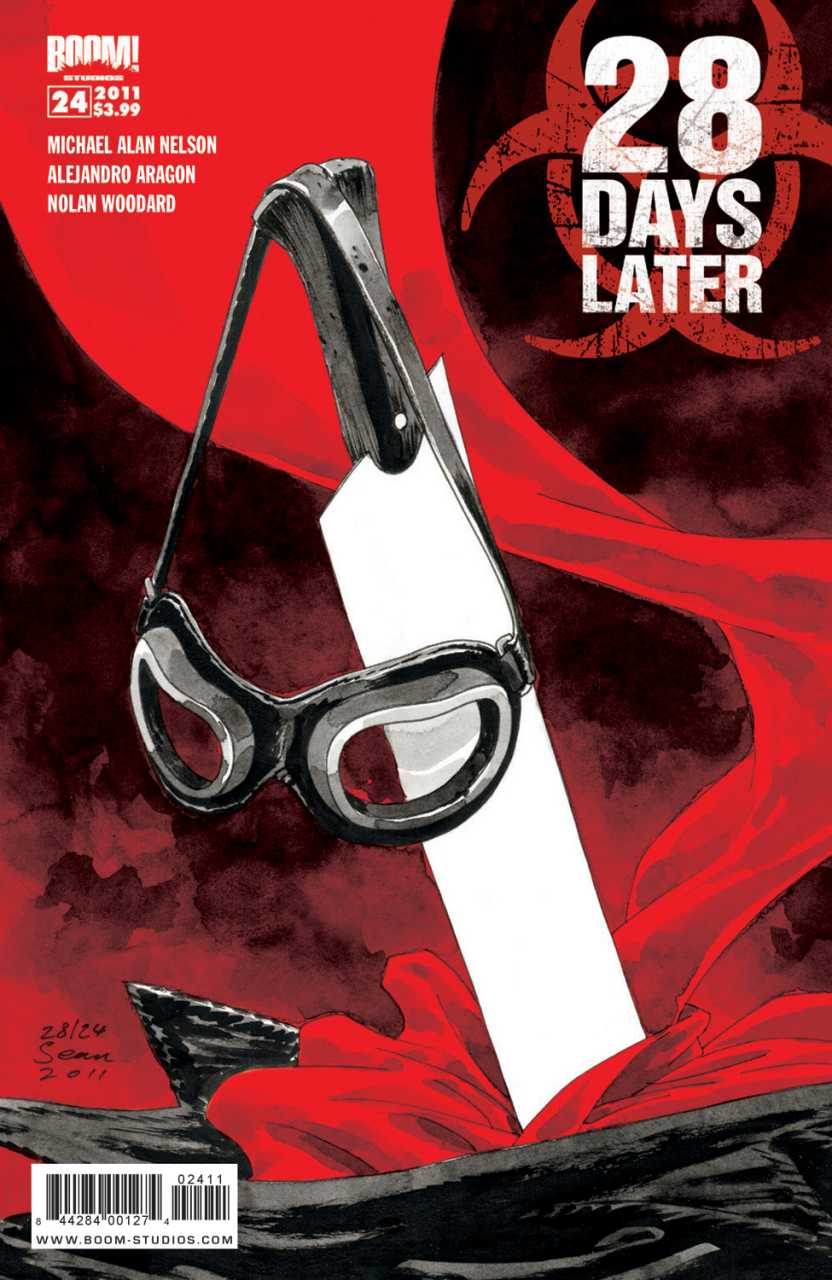